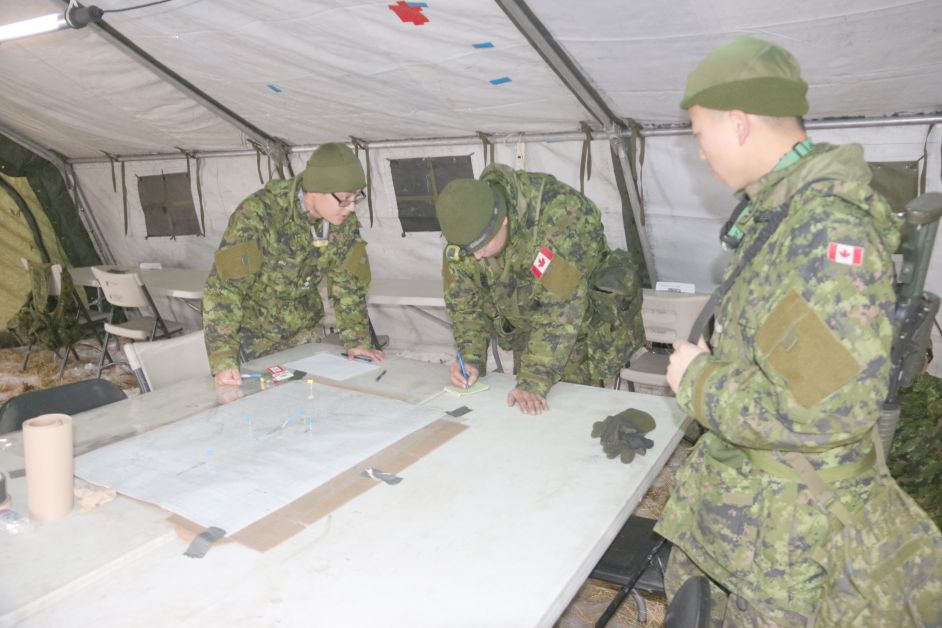 The 41 Signal Regiment and the 41 Service Regiment joined in the Drumheller area over the weekend to complete joint exercise HOODOO FOX.
There were about 72 reserves from regiments coming from Calgary, Edmonton, and Red Deer.
For Exercise HOODOO FOX, the 41 Signal Regiment set up headquarters at the Drumheller Ag Society site and established Radio Detachments in various areas to practice communications skills. While this was going on 41 Svc Bn provided support to deployed units by providing support to 41 Sig Regt. 6. The exercise is designed to simulate tasks the communications and logistic soldiers would be required to perform in peace support operations.
“The training is really important to us, we try to make it as realistic as possible. This is our biggest training event of the year,” said Major Babish. “We practice our communication skills for our soldiers, we are also practicing getting service support from the service battalion with us.”
The exercise spanned the entire weekend, going from Friday night to Sunday, around the clock. The reservists worked through various scenarios, with the training officers adding twists and details to work through.
They were active not only at the Ag Society grounds, but in Verdant Valley, the airport, and the Newcastle Beach area.
Babish said they have been planning this exercise for about 6 months and purposefully selected Drumheller for the operation.
“We like to challenge ourselves and we don’t like to go to the same area all the time. This is really challenging for us. The way the topography is for us, working around the hills and the valleys and making sure we can communicate. That's what we are all about and to practice that in a place like Drumheller is extremely important to us,” said Major Babish.
He adds it is also helpful to carry out exercises not just in a desolate area, but in the urban setting where day-to-day life is happening.
He also notes the importance of the Singal and Service Regiments. They are often the first to arrive and last to leave from an operation. Their work is critical in setting up transportation, support and communication lines.
He explains the role of the reserves.
“We call ourselves citizen soldiers, we have full-time jobs. We could be working for places like EnMax. We have teachers, we have lawyers… all kinds of different people,” he said. “What happens is we augment the regular force. When the regular force goes out and has deployment and operation, they use us to supplement them to help fill in the need for personnel. We also take a role in domestic operations. Where there are floods in various areas, the reserve force usually comes in first in our local area.” 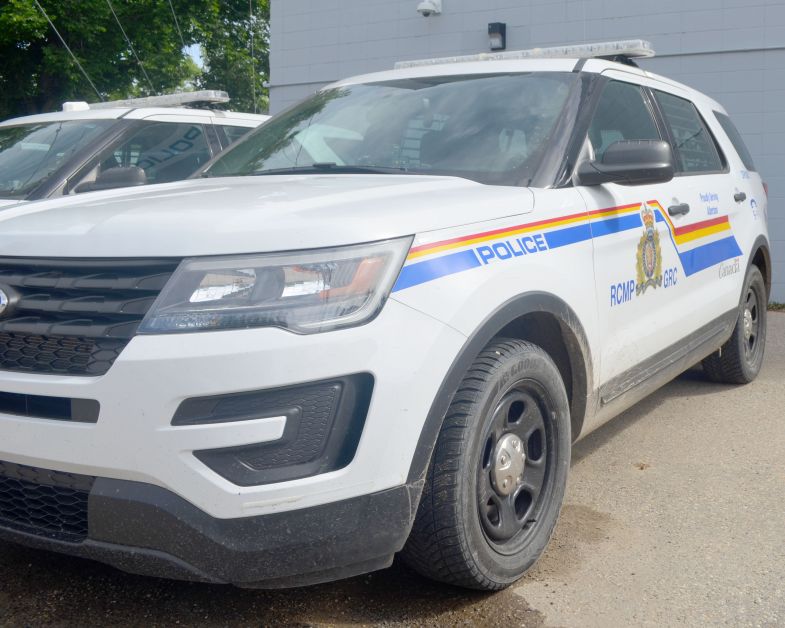 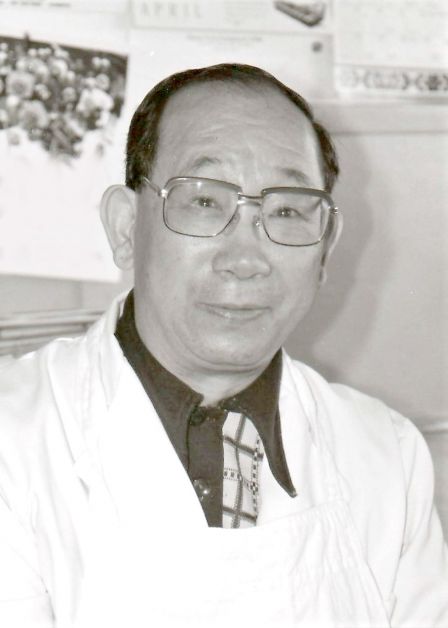 The Delia community is mourning for an icon of the small village and the legacy he created.
Onruf Luke, the proprietor of Luke’s in Delia, passed away on October 26 at the age of 89. He immigrated to Canada from China in 1951 to join his father. They came to Paradise Valley and then Barrhead before they settled in Delia in 1957 and opened the Delia Coffee Bar. The family and the cafe quickly became a mainstay in the community.
Bob Sargent has been a patron since attending school, and it has continued into adulthood.
“I’m 66, and I remember going there in elementary school, so probably when I was 10,” he said. “When I was a young kid in elementary when you got a hamburger, it was in between two slices of bread.”
“Luke was Delia,” he said, noting that where ever he would go and mention Delia, others would mention the cafe.
“I’m a farmer so I would go there for my morning coffee,” said Sargent. He adds it was their ritual to go to Luke’s when they finished planting, and then again when they would finish harvest.
He said Luke's nephew, Kar, for the last few years has been running the kitchen, but even as Luke has health issues, he would come in the afternoon.
As many times as Sargent would go to Luke’s, there was a coffee klatch of regulars.
“If you went in the morning and sat in one of their chairs, you were in trouble,” he laughs. “Ralph Whitman used to say if they didn't have anything new by 9 o'clock they would start up a story.”
In 1970, Luke and his father, Charlie, travelled back to China and came home with his bride Mai Yim Leung. They had three sons and a daughter.
The original cafe was where the Community Centre now sits, and they took over the former Legion building for the restaurant. Luke also successfully opened the Delia General Store in 1981 and ran it until 2002.
Mayor Dave Sisley recognizes how important Luke’s was to the community.
“They come from all over to go there,” said Sisley. They have the best liver and onions anywhere.”
“We are all wondering what is going to happen, but that will be up to the family. It would be a huge loss if they shut it down.”
Dave Marshall’s memories go back to high school. He remembers Mungo Jerry’s “In the Summertime,” blaring from the juke box.
“He’s a legacy for that town and that community, and a staple for the farmers. He is going to be missed,” said Marshall.
“The school kids are going to miss him too, even at present. We would all go there at lunch hour and play pinball, and if you had too many free games of pinball, you were late for class.”
Marshall also remembers burgers coming on regular bread, and that is still the most popular way to order it today.
“Myself, I have it on the bread.”
He remembers at the original location, you would look back into the kitchen, and Charlie would be cooking up a storm with flames coming out of the stove up to two feet high.
“You didn’t want to mess with him or he would take the cleaver to you!” laughs Marshall. “A credit to his family, not only did they work hard, they were there and put in the long hours.”
He also said Luke would be there for his patrons. If the banks were closed and you needed to cash a paycheck, he would dig deep into his pocket.
While he lives in Drumheller now, Marshall says he gets there about once a month, and along with his burger, he orders a Pepsi.
“I can remember in the 1960s and 1970s, the big kids in Grade 12 or just graduated, like Jim Anderson or Kenny Friedley would order a bottle of Pepsi. It seemed to be the popular drink then. But I asked Kar about six months ago, what they sell more of, Pepsi or Coke? He said Delia has always been a Pepsi town, I sell 3-1 Pepsi over Coke.”
“He’s one of a kind, he is going to be missed. It’s too bad but all things change in small towns.”