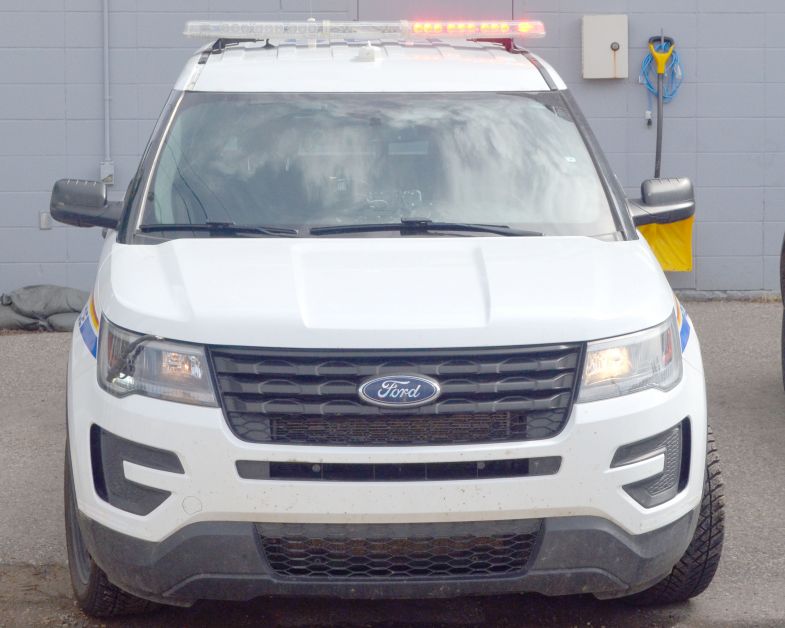 An Elnora man charged following a collision on Highway 21 last week that resulted in the loss of two young lives had his court appearance adjourned until July 8.
Richard Douglas Bell, 42, has been charged with two counts of dangerous operation causing death, two counts of impaired operation causing death, impaired operation of a motor vehicle and refusal to provide a breath sample.
The charges arose after Three Hills RCMP responded to a collision on Highway 21, north of Trochu after 10 p.m. on Friday, June 17.
According to police, investigation revealed two cars were northbound on Highway 21 when the second rear-ended the first, causing it to drive across the road where it was hit by an oncoming semi-truck.
The two occupants of the first car, a 20-year-old female and a 21-year-old male, were declared deceased at the scene.
The couple who perished were identified as Macy Boyce and Ethan Halford. Their families released a joint statement through the Calgary Police.
Boyce was a two-year member of the Calgary Police Service Cadets.
“We take comfort in knowing they did not suffer, and were together at the end of their too-brief lives. We ask the public to remember their names, and consider the consequences of impaired driving. No family should have to live through this pain, grieving for all we have been denied in the hours, days, and years to come,” the statement reads.
“The families would like to extend their deepest gratitude to the RCMP, the emergency responders, and all whose names we may never know, who took care of our children that night, and for the support our friends and family offered to us since the evening of this terrible tragedy.” 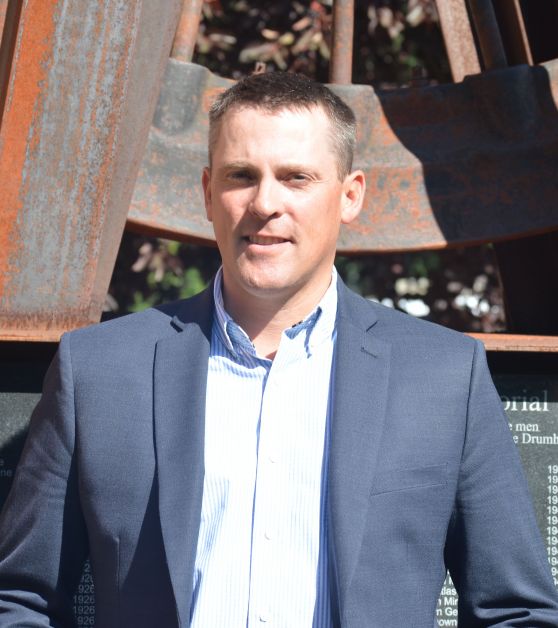 The pool of candidates for leadership of the United Conservative party is getting deeper, and MLA for Drumheller-Stettler, Nate Horner, has put his endorsement in the camp of former President of the Treasury Board and Minister of Finance, Travis Toews.
Toews announced his intention to run for leadership on June 4, and Horner is solidly in his camp.
“I am supporting Travis, I was at his launch, and I am one of the MLAs who is endorsing him,” said Horner. “I have appreciated getting to know him over the last three years, and many people in the agriculture industry knew of him before. He served as president of the Canadian Cattlemen’s Association and did a lot of things nationally before he ran. Since I have gotten to know him, he has been our finance minister since I was elected, and I have had the privilege to sit with him on the Treasury Board. I have seen him in action for almost two years to try and navigate the best landing spot for every department through the pandemic.”
Alberta has come out in a positive place economically as the pandemic has subsided, with employment rising and the economy rolling. As Finance Minister, Toews was at the helm.
“I have acquired quite a bit of respect and admiration for his abilities, and he just has a real humble and honest way about him, and I think he would be an excellent leader and premier,” said Horner. “He is kind of a bridge-builder too. You will hear lots of stuff that is great, you won’t hear anything negative about Travis as a person.”
The field is opening up with a number of candidates stepping forward. Horner says there are many constructive candidates.
“Whoever wins this, their focus is going to be on pulling caucus together quickly, be a builder, and moving forward into the fall session and an election in 2023,” said Horner. “I think most of what we are hearing is positive candidates. Some have a lot more name recognition and profile than others,” he said. “Some of the others may take a little more time for people to recognize what their strengths are, and there are more people posturing or at least questioning if they should enter the race.”
Recently the party related the rules for the leadership race leading up to the vote on Thursday, October 6.
There is a $150,000 entrance fee, and a $25,000 refundable compliance deposit. Applicants must also provide at least 1,000 signatures of party members.
“The entry fee is high. As for me, a committed person to this party, and with a big election coming up in 2023, I think the number has to be reasonably high because they are not just voting on who will be the leader of the party, but who we are putting in as premier.”
The deadline for members to apply to enter the race is July 20. Supporters have until Friday, August 12, to join or renew their membership. Ballot packages will be mailed starting on Friday, September 2 and must be received by Monday, October 3. The option to vote in person will be held on Thursday, October 6, with the locations and times to be determined. 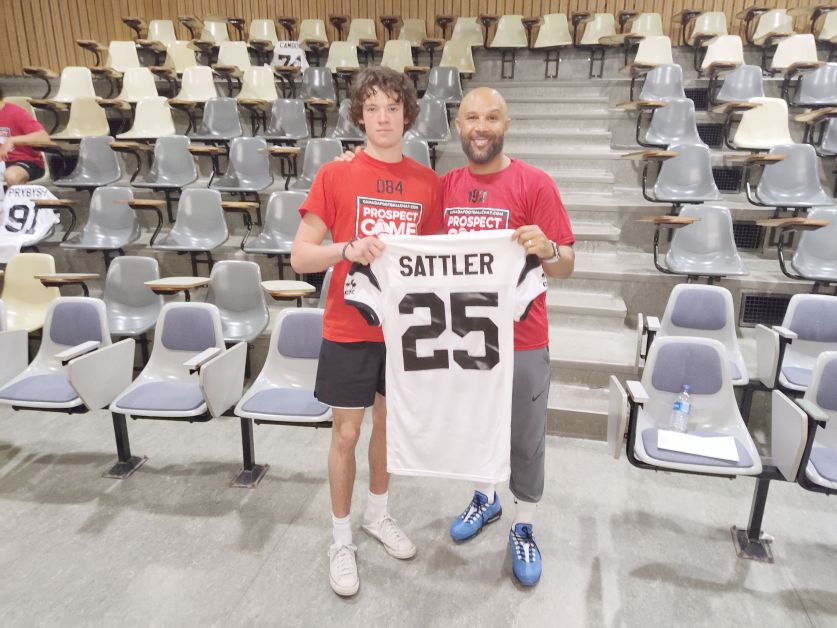 Teigan Sattler who plays for the Drumheller Titans has recently been ranked as top cornerback in Alberta and ranked nationally in the High School Prospect Rankings Class of 2023.
You must be on track to qualify as a “National” in the Canadian Football League (CFL) to be eligible for all Canada at the Canada Football Chat (CFC) rankings.
Teigan recently played football in Ottawa against the top 70 high school players in Canada at the CFC Prospects Game in Ottawa.
Teigan will be in his grade 12 year this fall playing for the Drumheller Senior Titans.
Teigan Sattler was coached at the CFC Top 70 Prospects Game Davis Sanchez. Sanchez is a CFL Allstar and three-time Grey Cup Champion with the Edmonton Elks, Montreal Alouettes and the BC Lions.
Teigan is hoping to play at the college level following his
high school graduation.
Teigan has received his first offer from the University of Alberta and has been in contact with many Universities in the recruiting process.