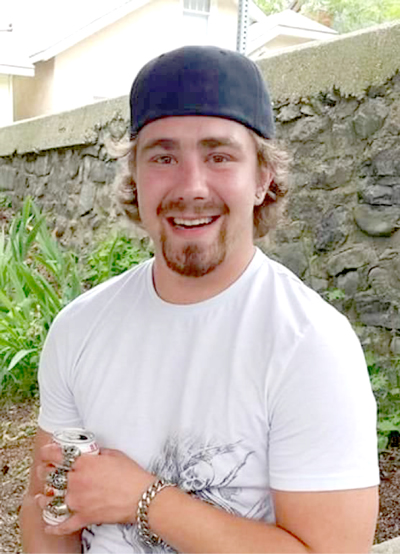 Cameron Weatherly of Calgary, Alberta passed away unexpectedly at the age of 30 years.
Cam was born November 25, 1991 in Calgary and was the second child to Darryl Weatherly and Jackie Hunt. At the age of 3, Cam and his brother Kenny moved to Drumheller, where they lived out the rest of their teens with their grandparents. Cam’s many passions over the years included, swimming, the Drum Ski Hill, biking on the never-ending trails of Drumheller, riding his motorcycle and hanging out with family and close friends.
Cameron will be deeply missed by his family and all the friends he’s made on his many adventures.
Cameron is survived by his best friend and only brother Kenny (Kealy) and nephew Remi Weatherly of Calgary, Alberta, grandparents Blaine & Lynne Zacharuk of
Drumheller, Alberta, and countless aunts, uncles, cousins and friends. He was predeceased by his mother Jackie, and grandparents Don and Ceale Hunt.
A private family gathering will be held at a later date.
Memorial Donations may be made to S.T.A.R.S.
Courtney-Winter’s Funeral Homes are in care of the arrangements. 403-823-2666. 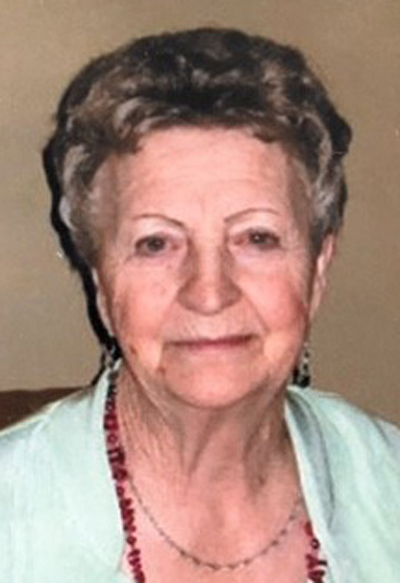 Bertha Radke – nee Ost, passed away June 9, 2022. Bertha was born to parents Christian and Marie Ost, in April 1927, in Calceni, Besarabia, Romania. She came to Canada with her parents and older siblings in September 1927, settling in the Hanna, Alberta area where she spent her youth.
In 1946, she married Waldemar (Walter) Radke and moved to the Handhills district where they farmed, and raised two sons, until moving into Hanna in 1976. Bertha lived in her own home until 2018, and then in Homestead Lane, in the Drumheller Health Centre until her death.
She was predeceased by: husband Walter, son Ryan; daughter-in-law Pat; father Christian, mother Maria, sister Emma, brother Christian.
She is survived by son Reg & (Kathy) Radke of Brooks and daughter-in-law Gerry Radke of Drumheller; and six grandchildren – Jayson (Reveka) Radke, Kelly (Chris) Gillings, Danielle Radke (Darin McCollum), Andrea (Jeremy) Linkert, Matt (Stacey) Radke, and Chelsea Radke and 8 great-grandchildren. She will also be missed by three step grandchildren – Craig, Jill, & Ryan Florence and their families.
Bertha also leaves behind sisters Hilda Diegel, Marion Diegel, Ida Schnell, and brother Oscar Ost and several nieces and nephews.
Bertha was active in community affairs at the Handhills Lake Clubhouse and was a member of the St. Paul’s Lutheran Church choir. She was involved with the Legion Branch #25 Ladies Auxiliary, the Hanna Senior’s Circle, the Senior’s Choir and enjoyed floor curling.
She always had a big garden and loved landscaping and keeping a beautiful yard. She loved to paint – inside, outside and anything else. Bertha was a great cook, enjoyed a variety of crafts and loved to host visitors.
Thank you to Dr. Olfert, from the Riverside Clinic, and the staff at the Continuing Care Centre at the Drumheller Health Centre for their care in the last four years of Mom’s life.
A private family internment will occur in the near future.
As per Bertha’s wishes, in lieu of flowers, donations may be made to STARS or the charity of choice. 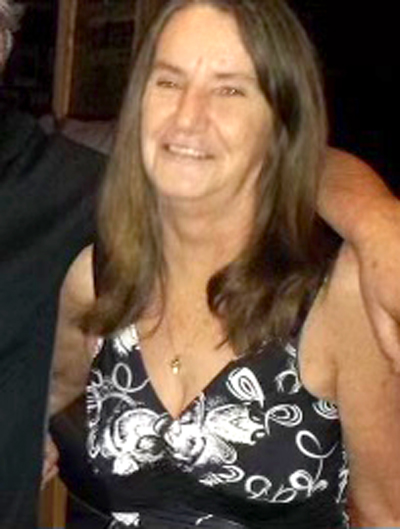 It is with great sadness that we announce Donna Schafer, age 64, passed away on June 17, 2022 at the Drumheller Hospital.
Donna is remembered by her daughter Silvie (grandson J.T.), daughter Tamara (grandchildren Xander, Zac and Ivy), son Jesse and daughter-in-law Ashley (grandsons Dameon and Colby), son Stephen and daughter-in-law Amie (granddaughters Scarlett and Lilith), son James and daughter-in-law Dominica (grandchildren Valontine and Ruby). She is also survived by her best friend Jerry Lake, four sisters and five brothers, as well as aunts, uncles, nieces, nephews, cousins and friends.
Donna was predeceased by her husband Douglas Schafer and her parents Evo Defoor and Doris Vandale and her step-father Len Vandale.
Donna was a strong, kind, caring and loving woman who was loved by many. She was a dedicated mother first and foremost. She treasured her children and embraced every moment with them. She especially loved her role as a grandma.
The family would like to extend their appreciation to the Drumheller Hospital for their care and compassion shown to Donna.
We will be holding a Celebration of Donna’s Life at Choice Memorial (105-4715 13th Street NE) on Friday, July 15, 2022 at 1:00 pm.
To view and share photos, condolences and stories of Donna, visit www.choicememorial.com.