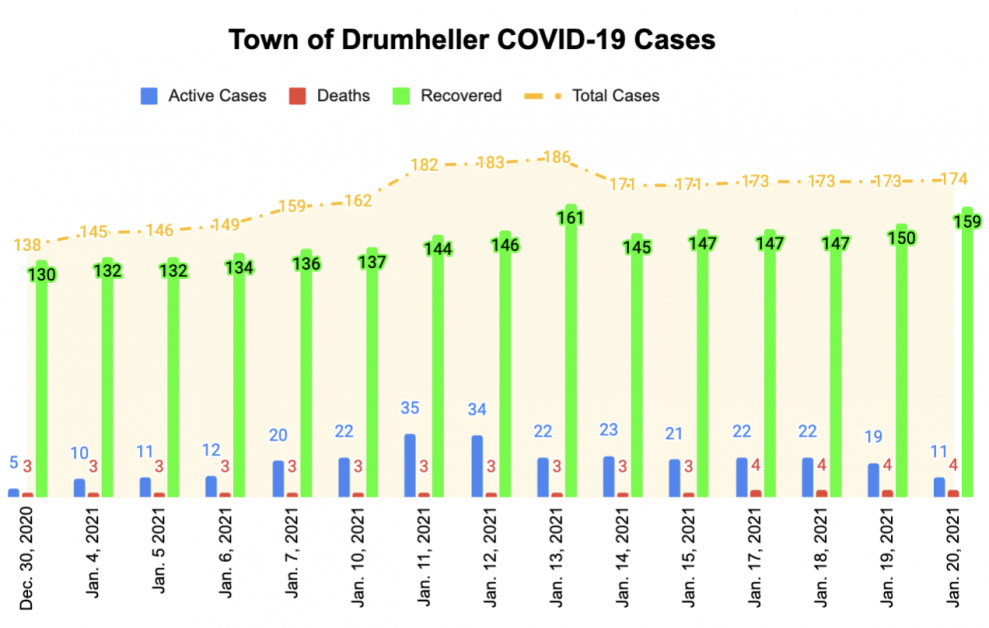 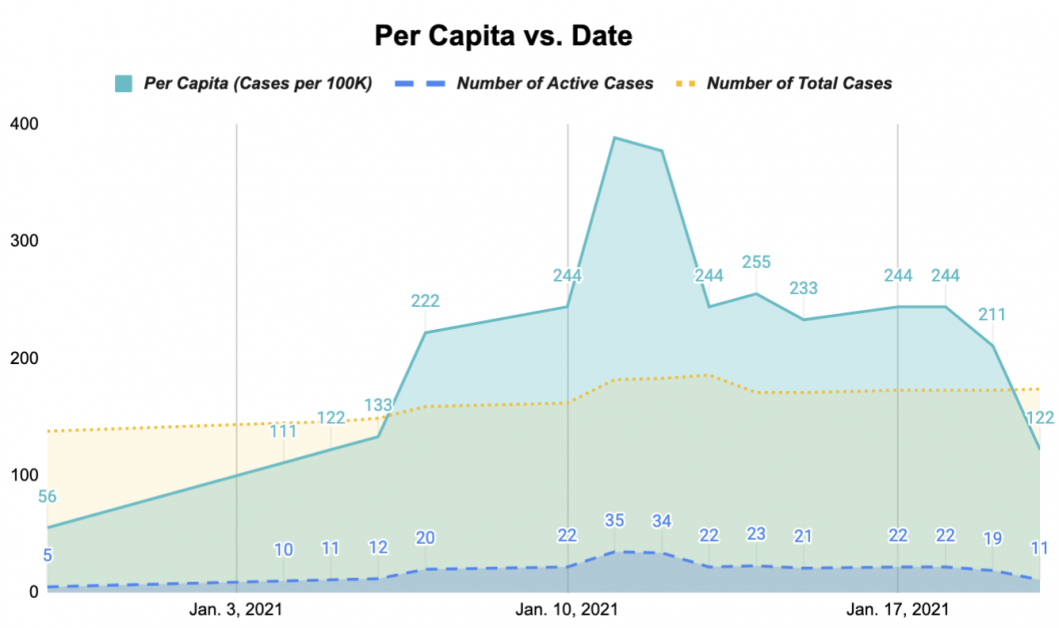 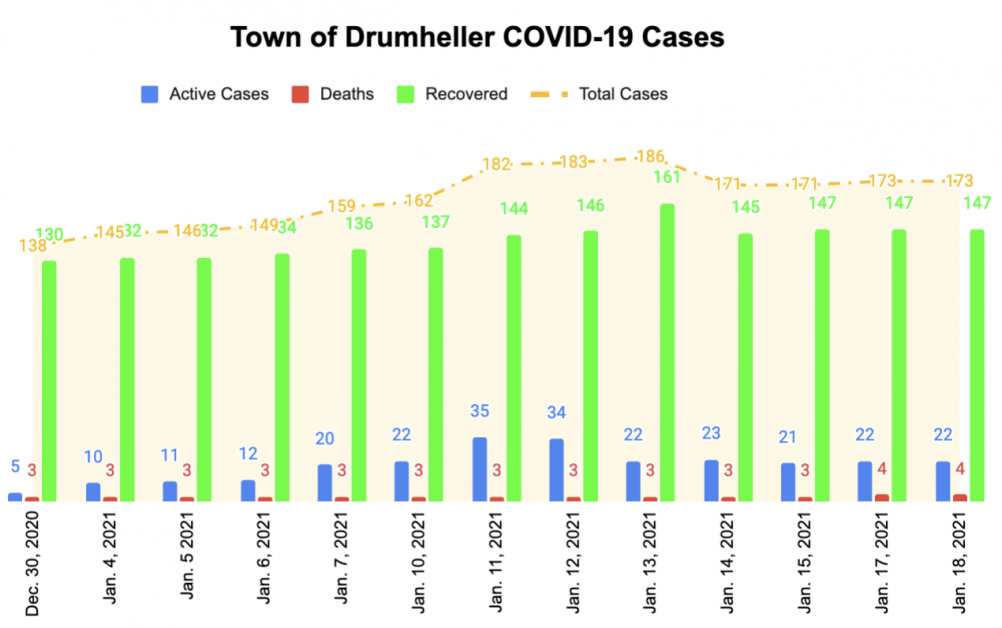 Alberta Health Minister Tyler Shandro announced provincewide COVID-19 restrictions would ease slightly during the Thursday, January 14 update.
The changes went into effect on Monday, January 18 and allow personal and wellness services, such as hair salons and tattoo studios, to reopen for one-on-one services by appointment only.
“When we introduced new mandatory health measures in December, we did so with the goal to eliminate as much in-person interaction as possible and the point was to minimize exposure to the virus. Today, we can’t entirely ease up on this goal, but we can make small adjustments to provide Albertans with some limited activities,” Minister Shandro said during the Thursday, January 14 update.
The easing of restrictions also permits outdoor social gatherings of up to 10 people with social distancing and masks, though indoor social gatherings are still restricted; it also increases the number of people permitted to attend funeral services up to 20, though receptions are still not permitted.
Masks are still mandatory in all indoor public spaces, and Minister Shandro encouraged Albertans to continue working from home where possible.
The State of Local Emergency (SOLE), enacted by Drumheller council on November 23, 2020, remains in effect at this time; Chief Administrative Officer Darryl Drohomerski noted a motion to rescind the SOLE will be brought before council during the next regular council meeting on Monday, January 25.
On Monday, January 18, Premier Jason Kenney announced Alberta Health Services had administered nearly 90,000 doses of the COVID-19 vaccine to eligible healthcare workers and staff, and residents of long term care and designated supportive living facilities.
Due to a supply disruption, which was announced by the federal government, the province is not accepting new appointments for the first dose of the vaccine.
Vaccine supplies will be allocated to providing a second dose to those Albertans who have already received the first dose.
“Alberta currently has the capacity to deliver 50,000 doses per week,” Premier Kenney said during the update. “In March, we expect to be able to administer about 200,000 doses per week, but we do not have the supply to match. Unfortunately, this means the planned vaccination of First Nations and Metis individuals and seniors over the age of 75 has been put on hold.”
The local case numbers dropped dramatically, from 186 total cases to 171, on Thursday, January 14. As of Monday, January 18 there are 22 active and 147 recovered cases of COVID-19 in Drumheller, and one new death was reported over the weekend; there have been four COVID related deaths locally since the start of the pandemic.
Currently, there are zero active cases among inmates at the Drumheller Institution--all 39 reported cases have now recovered.
There are six active cases in Starland County, seven in Kneehill County, and 32 active cases in Wheatland County. 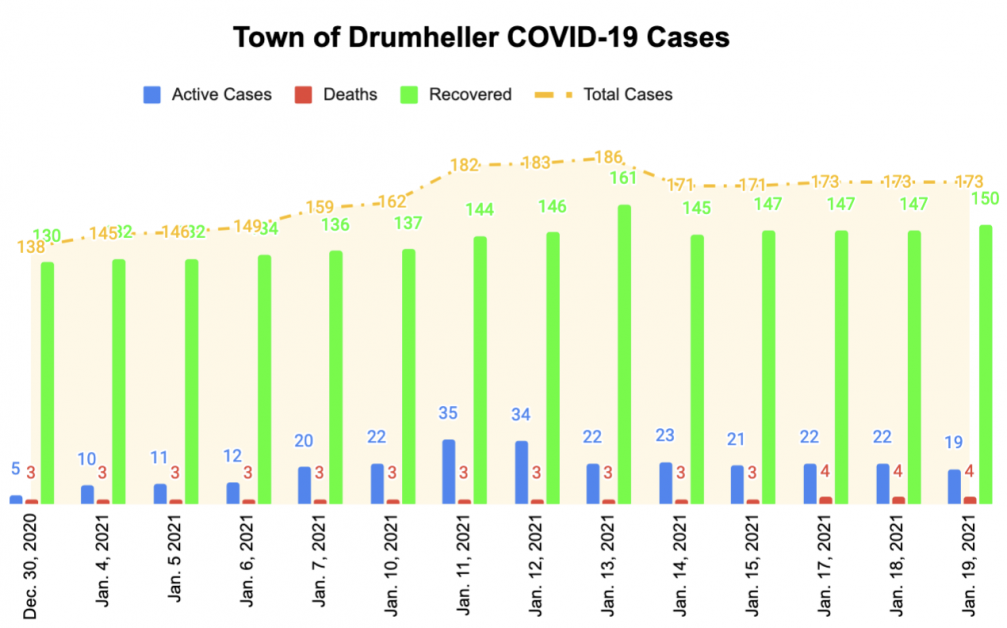 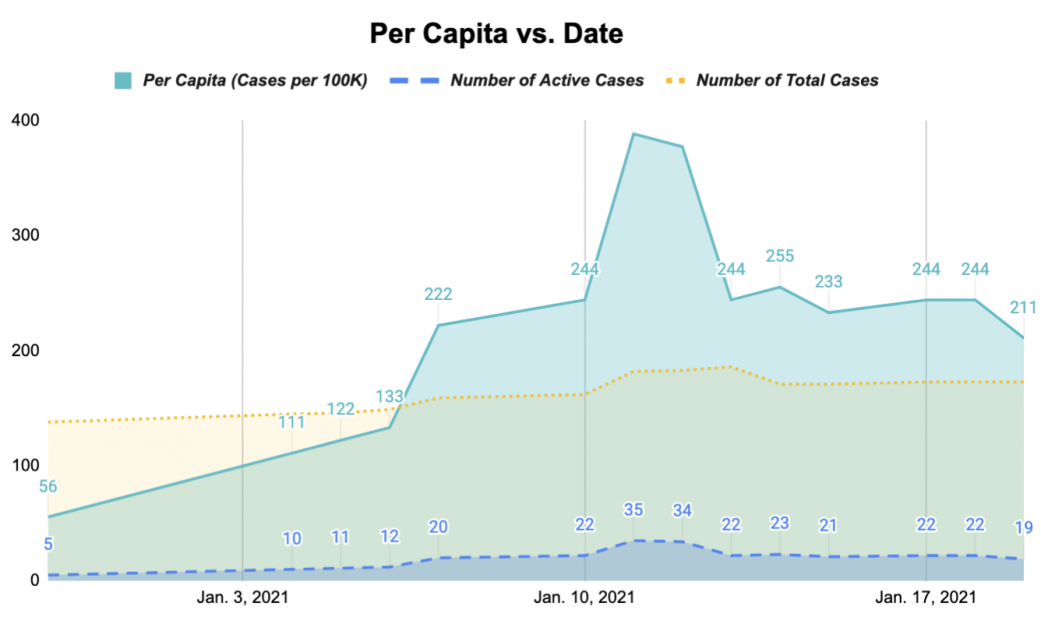