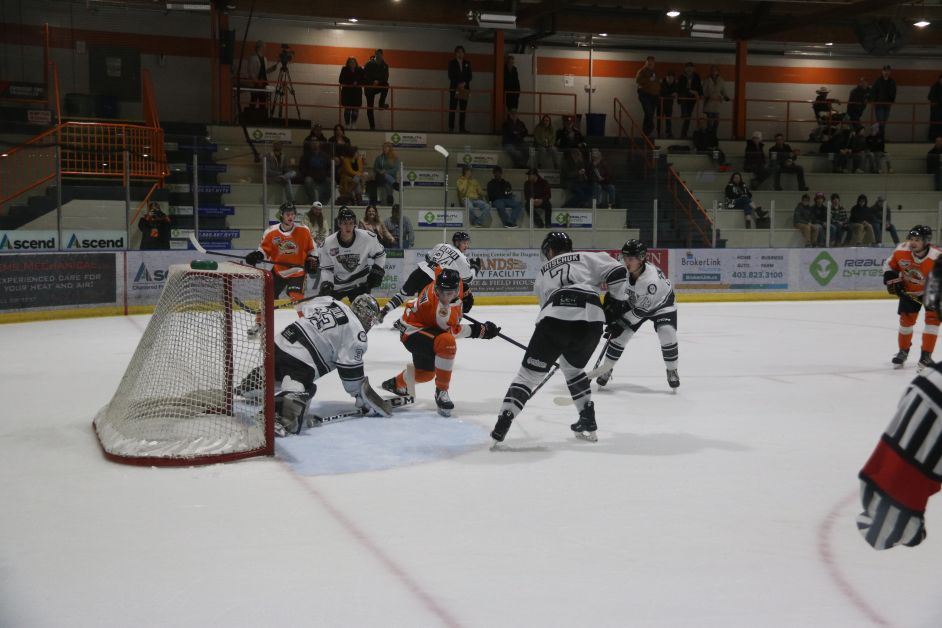 The Dragons are on a 6-0 run after a busy and productive week on home ice.
The Dragons shined on Tuesday, January 24, in front of 1,532 fans on home ice at the Hooky Hockey Day.
Hundreds of fans and students from local schools flooded the Drumheller Memorial Arena to watch the Dragons take on the Fort McMurray Oil Barons. The arena was rocking as Dylan Glinski scored 3:42 in the first period to take the lead. Sam Simard put the Dragons up 2-0 midway through the second period, and Adam Raesler scored with 10:40 left in the third period as the Dragons topped the Oil Barons 3-0. Liam Choquette stopped 27 shots in the shutout. 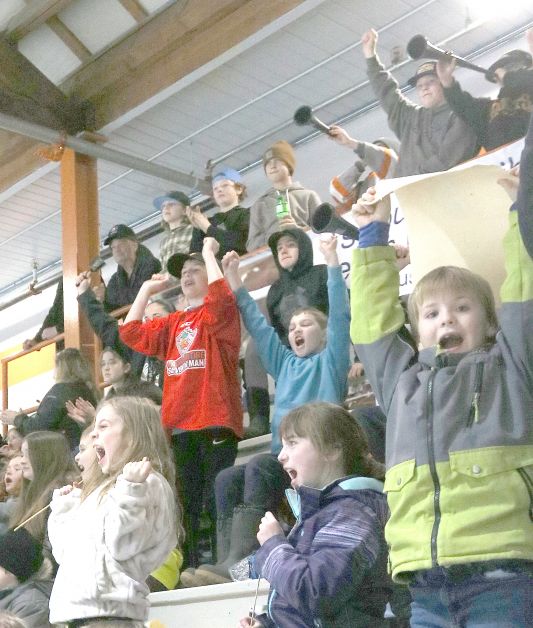 On Friday, January 27, the Dragons hosted Blackfalds. The Bulldogs drew first blood just 20 seconds in, but the Dragons came back with a vengeance as Connor Poffenroth, Glinski, and Vann Yuhas all found the net before the period was up. The Bulldogs scored first in the second, but with 1:33 left, Yuhas scored his second.
The third period followed the same pattern as Blackfalds scored first. This time Ben Christian, Simard, and Ty Daneault peppered the scoreboard and the Dragons left the arena with a 7-3 win.
On Saturday, January 28, the Dragons put on a scoring clinic as they tromped the Canmore Eagles 8-0. Glinski scored two, and Noah Danielson scored one in the first period. Daneault put together a hat trick in the second period, and Sam Simard added one. Coy Pighin added one more in the third. Garrett Fuller earned the shutout, stopping 25 goals.
The Dragons’ extended home stand continues this coming weekend as on Friday, February 3, they host the Sherwood Park Crusaders, and on Saturday, they take on the Drayton Valley Thunder. 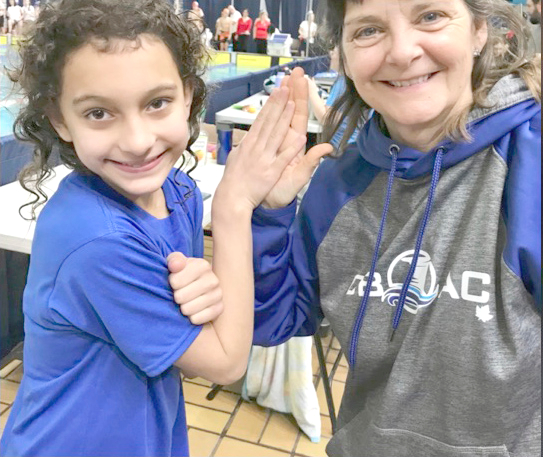 Suvera Ram, 10, of the Canadian Badlands Aquatic Club (CBAC) competed with the team at the Pugsley’s Plunge swim meet in Calgary over the weekend. Suvera competed in the 50m and 100m breast stoke and achieved Festival Times, which are equivalent to provincial qualifiers for Under 10 swimmers. This earned her a spot to compete at a meet this coming weekend in Calgary. Suvera celebrates her times with head coach Brenda Davies. 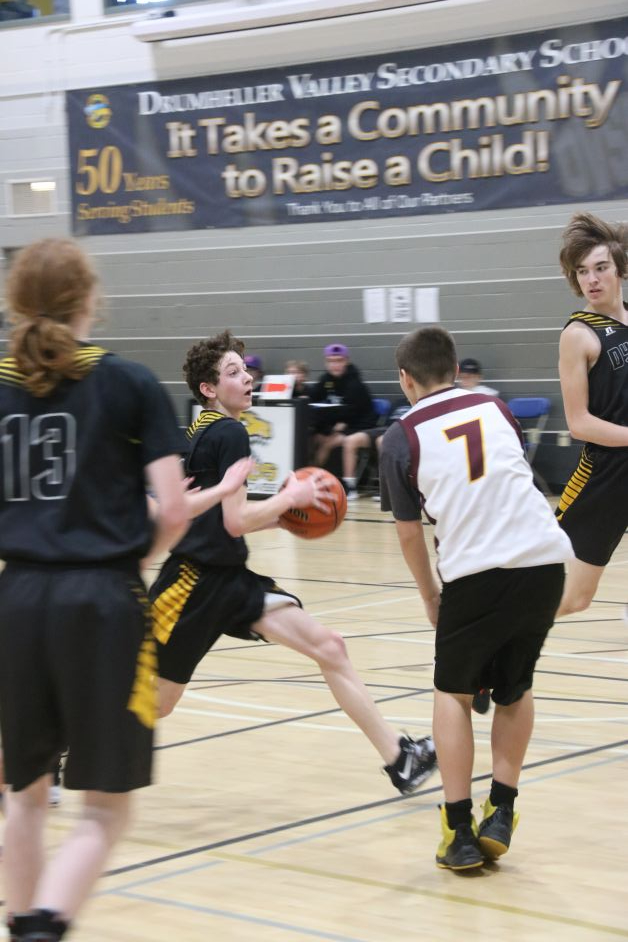 There was some great basketball action at DVSS last weekend, and the Junior A and Junior B Boys Basketball teams hosted a home tournament. They invited teams including J.C. Charyk from Hanna, George Freeman School in Strathmore, Christ the King from Stettler, Deer Meadows School from Olds and Westmount Charter School from Calgary. The Junior A team couldn’t eke out a win, but the Junior A team topped Westmount Charter School on Saturday afternoon.