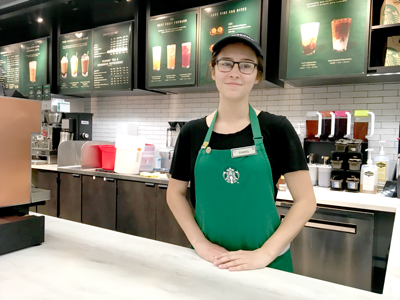 Who Are You?
Dariel Glover

What do you like most about your job?
Getting to talk to people. I get to give them their coffee and sometimes im their first person they talk to in the the days. I just like making conversations with them.

If you didn’t do what you do for a living, what would you be doing?
Veterinarian. I just love animals. I am planning to go to school for it.

Last series on Netflix you’ve been binge watching?
Colony. It’s confusing. Its about these hosts from outer space coming to earth to make them work to fight their enemy.

Favourite fictional character?
I don’t really have a favourite. I like Deadpool because it’s funny.

Sports team?
I do Stingers Allstar Cheerleading in Medicine Hat.

What’s your weirdest habit?
I drink a lot of Starbucks now, the ice chai tea latte.

What’s your guilty pleasure?
Anything with chocolate.

What’s the strangest thing that’s happened to you?
I’ve been bitten by a deer before. I was at marine land and we were feeding it and it came up and bit me. It hurt!

It’s Sunday morning. What are you having for breakfast?
Probably sunny side up eggs with toast.

If you could have one superpower, what would it be?
Telekinesis so I don’t have to get out of bed.

If we’re buying dinner, you’re having…
Anything with pasta. Lasagna is my go-to.

What are your words to live by?
Live every day to its fullest.

Know someone who we should get to know better?

Traders, Salesperson and “jerk of all trades” 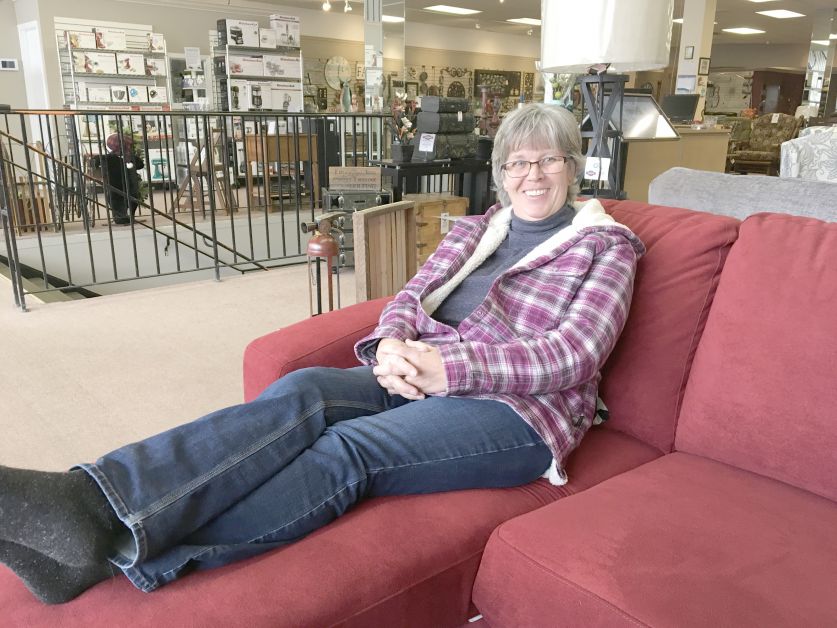 Where do you work?

What do you like most about your job?
I like the ghosts in the building. I like Marcus the best. He bangs the back door and he moves things. There’s something upstairs that’s moved most of the days but i put it back and now he leaves it alone. And talking to the Drumheller Mail reporter today.

If you didn’t do what you do for a living, what would you be doing?
In a perfect world planting flowers – not pushing up the daisies, but planting them.

Who is your hero?
I don’t have a hero.

Last series on Netflix you’ve been binge watching?
I don’t watch Netflix. It’s not on Netflix, but ‘90 Day Fiance’ is a don’t miss. They bring someone from another country to get married in 90 days and it usually doesn’t work out. It’s so dumb, but it’s funny. It’s a trainwreck.

It’s Sunday morning. What are you having for breakfast?
Coffee.

What’s your weirdest habit?
Probably getting up at the crack of stupid, like 4:30 a.m. That’s a bad habit.

If you could have one superpower, what would it be?
I already have sarcasm, that’s a superpower. If Icould have besides sarcasm it would be quick wit.

What are your words to live by?
That’s a tough one. Probably a little less talk and a little more production. Or “honest guys, they’re lilies.” 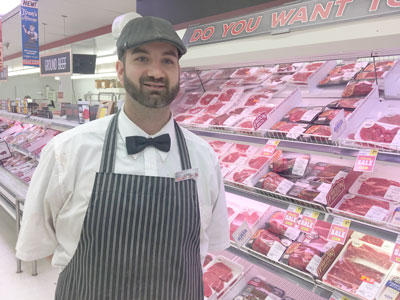