The Town of Drumheller remains on enhanced status with 63 active cases of COVID-19 as of Monday, November 23 and, on Wednesday, November 18, a second death due to COVID-19 was reported locally.

Across the province, there are currently 13,166 active cases, with 2,1110 of those in the Central Zone which includes Drumheller. Due to the ongoing rise in cases, local groups have had to cancel or postpone events.
“After careful consideration, the difficult decision has been made to cancel the Festival of Lights event that was scheduled for Saturday, November 21,” stated an email from Festival of Lights Planning Committee. The smaller Tree Trimming event on Friday, November 20 will still go ahead and be limited to the family and cohort groups already registered; the committee is also looking to reschedule the Festival of Lights.
There is an ongoing outbreak at the Drumheller Institution and visitations are not being accommodated at this time. A media relations advisor told the Mail, “As of today (Thursday, November 19), there are no positive inmate cases at Drumheller Institution. There are nine active cases of COVID-19 among staff who work at Drumheller Institution. Staff who are symptomatic or receive a positive result for COVID-19 are required to self-isolate at home until they are cleared to return to work.”
A report from Loblaws also identified a positive case at the Drumheller Extra Foods on Tuesday, November 17. The team member last worked on Friday, November 13.
“Almost a quarter of all our COVID-19 deaths have happened since November 1,” Dr. Deena Hinshaw said during the COVID-19 update on Wednesday. “If we do not change our trajectory, the implications are grim. The daily COVID-19 death count is a tragic reminder that COVID-19 is not ‘just a flu’--it is life and death.”
Kneehill County, which was previously taken off enhanced status, has been placed back on the list with 13 active cases, and Wheatland County also remains on enhanced status with 22 cases. Starland County currently has three active cases.

All numbers are current as of Sunday, November 22. 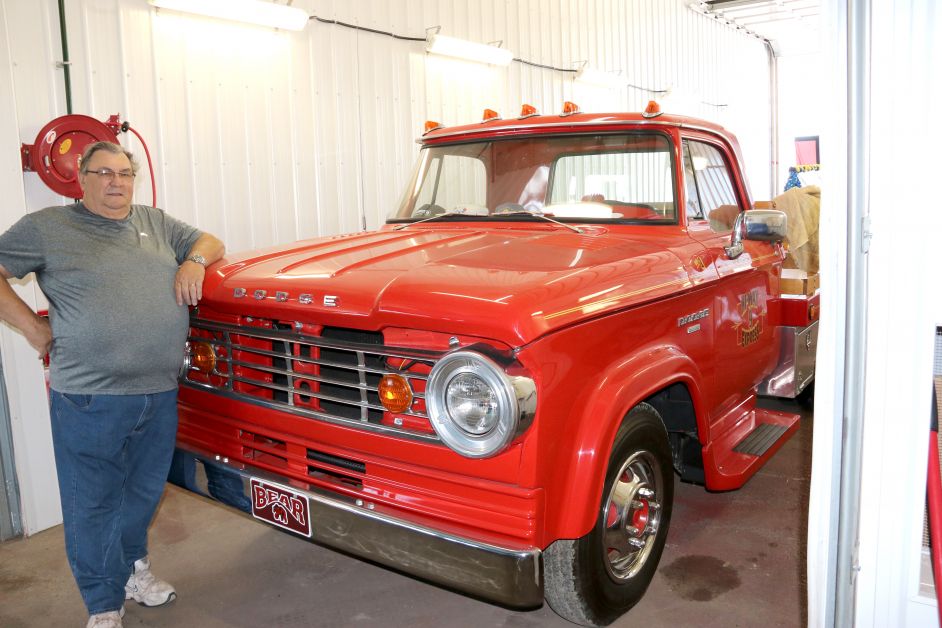 The Community is mourning the loss of a larger than life Drumhellerite who helped to build and shape the community.
John Kohut, affectionately known as “The Bear” passed away on Sunday, November 15 at the age of 81. As a young entrepreneur, he and his wife Irene began Hi-Way 9 Express from a single truck in 1969. It became the family business until it sold in 2011 to Mullen Group.
For Jim Fisher, who was good friends with John for more than four decades, John was a generous caring friend.
“He would give the shirt off his back if he figured you would need it,” said Fisher. “People called him the Bear but he had a very soft heart.”
John already had a family of four when he started Hi-Way 9 at 34 years of age. Long hours and hard work, starting with a laundry delivery from a local hotel, soon grew. He reasoned the key to success would be providing same day freight service to and from Calgary.
It wasn’t without ups and downs, but eventually, he extended routes, hired dedicated staff, and purchased warehouse space, to provide a level of dependable service. Soon the entire family became involved.
Family was the heart of Kohut’s life. John and Irene were married on Valentine’s Day in 1959, he was just 19 at the time. They had four children, and John and Irene celebrated 60 years of marriage before she passed away in August of last year. They had 12 grandchildren and eight great-grandchildren. He was predeceased by his son John Junior in 2016 and wife Irene in 2019.
John’s involvement goes beyond business. He was a long-time community booster and his service to the local Rotary Club spanned more than 4 decades. He was an active volunteer working on projects dating as far back as the Aquaplex. He was always a big supporter of the Rotary Radio auction, taking his turn on the mic as well as tendering many competitive bids.
Fisher recalls that John was a strong proponent for the original waterslide at the Aquaplex, and he worked relentlessly to get it. The same determination he had in business, he had for the community.
“He pushed the waterside so hard, we even had a button made up that said ‘I survived Kohut’s waterslide’ and he was the first to go down on it,” said Fisher.
He recalls at one Radio Auction someone called, offering to donate if John jumped from the high diving board. He took them up on the offer.
“He jumped off the diving board and got to the side of the pool very well, and when he got out he said ‘it’s amazing, I have no idea how to swim,’” Fisher laughs. “Our community lost a huge supporter.”
John was also involved in the golf course and had served on the executive. He was also a vehicle enthusiast with a collection of cars and trucks, including restoring the original truck he founded his company on (see photo). It was not an uncommon sight this summer to see him cruising on his motorcycle. 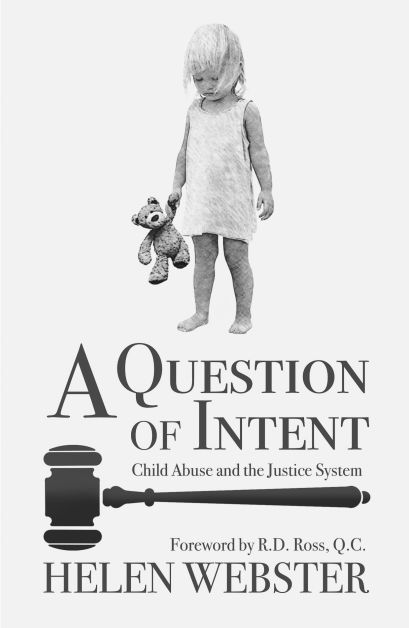 Former Drumheller resident, author Helen Webster has just published an intriguing true story involving a heartbreaking courtroom drama played out in the 1970s in Drumheller.
Webster is the sister of local lawyer Bob Ross and an accomplished writer.
The Mail last caught up with Webster in 2016 when she published ‘Medical Man,’ the story of her grandfather T. Robert Ross who practiced medicine from 1919 to 1950 in Drumheller.
Since then, she has published ‘Trader’s Son,’ the story of Hudson Bay Company trader T. Robert Ross, and then ‘Company Wife’, the story of Maggie McLeod Ross, the wife of T. Robert Ross.
Her new work, called ‘A Question of Intent’ is the tragic story of a little girl who was beaten to death just days before her fifth birthday in the name of discipline, and the court case that came after.
Webster has a particular connection to this story. Her brother, Bob Ross, along with Gordon Clozza prosecuted this case, which went all the way up to the Supreme Court.
She tells the Mail, “Bob is absolutely a defender of the justice system, but this little girl’s death stayed with him for 50 years.”
She explains that over the decades this story would come up in conversation and how much it affected him. Over the years they spoke about writing this book, but it took until she retired from her professional life and then finished her historic trilogy, that she considered taking it on.
“He held on to all the materials, even after he retired from the law office, so I said ‘send me the stuff, and I’ll have a look at it,’” she said.
What he sent was a complete file that included everything from police reports, evidence reports, and court transcripts.
“When I first looked at the picture of the little girl, I thought ‘I can’t do this,’ and then I thought somebody has to, because it is important,” she said.
She meticulously went through this entire file to complete the book. The initial verdict was challenged to the Supreme Court.
“The first section of the book dealing with Susan’s life, I was very proud I was able to put it down, get it said, and move on. The trial transcript, which was very lengthy, I was proud I was able to shorten and summarize but keep the reality of the trial,” she said. “I wanted to make sure I got everything that mattered and also keep it short enough to keep it interesting.”
It has been interesting for Webster to launch a book during a pandemic. Unlike her other books, where she was able to attend readings and launches, this time everything is online. 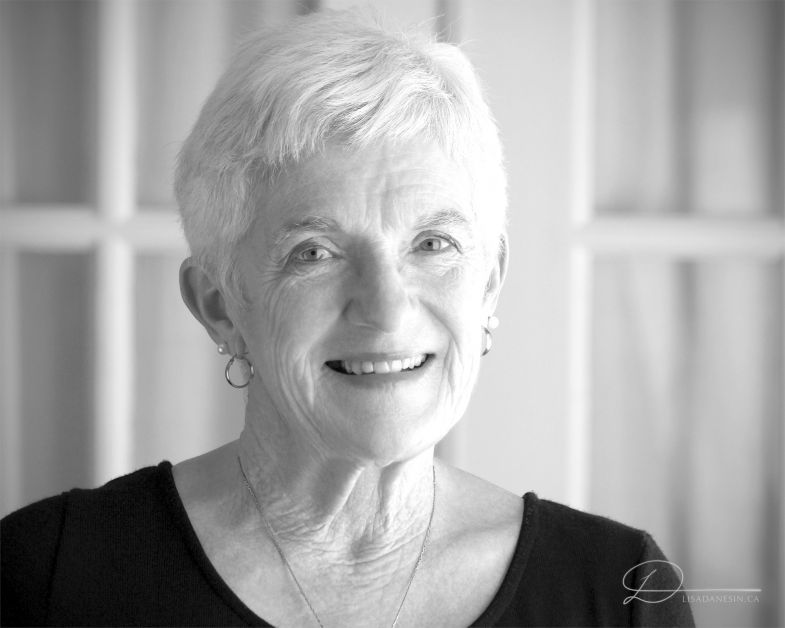 At www.helenwebster.ca, she has posted videos of her virtual launch and is working to get her work out.
‘A Question of Intent’ is published by FriesenPress and is available at helenwebster.ca,
chapter-indigo.ca,
friesenpress.com, and amazon.ca.
It is also available locally at Jungling Works.
“I certainly hope it will be read by anyone who has the care of a little one. Up to the age of 12, they are so susceptible,” she said.