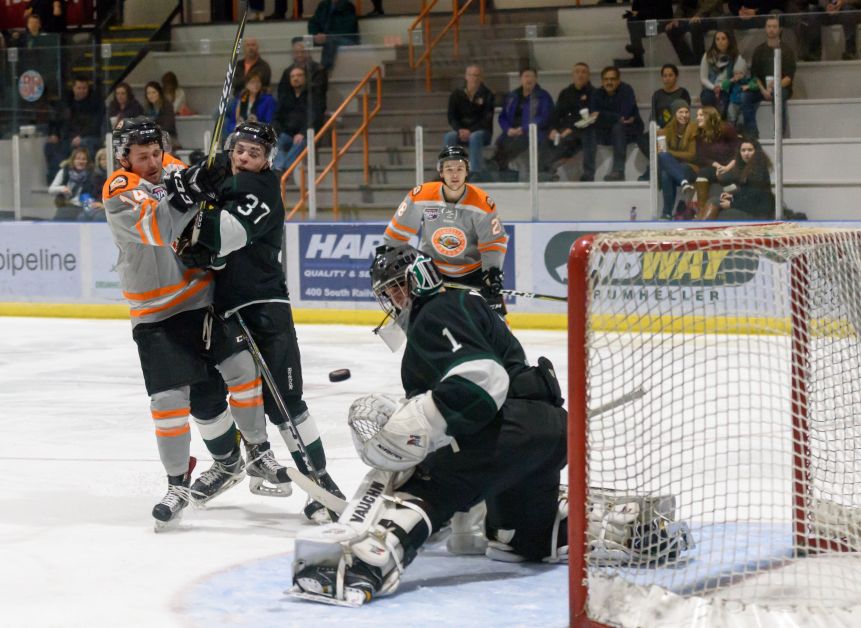 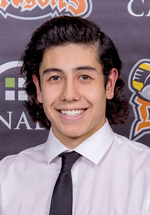 There is a familiar face back on the ice for the Dragons as Bradley Stonnell, puts his black and orange jersey back on.
Stonnell was an integral member of the Dragons roster in the 2016-2017 season, racking up 12 goals  and 26 assists in 58 games.
Stonnell headed south to Cedar Rapids to play for the RoughRiders in the USHL for the 2017-2018 season.             He had a goal and an assist in 16 games. He has returned to the valley and is back on the Dragons’ active roster.
“Bradley is a welcome addition to our roster,” said coach Kevin Hasselberg.             “He is familiar with all the players and his transition back into the room should be effortless. He will impact our back end and start contributing immediately.”
Stonnell is a 19-year-old defenseman with keen offensive skills. Originally from Surrey, British Columbia, he played one game with Surrey Eagles of the BCHL and played his midget hockey with Valley West Hawks.
Coach Hasselberg sees the addition of Stonnell as a positive for Stonnell and for the Dragons.
“We are excited to add Bradley and begin working with him to get him to the college level”, said Hasselberg. 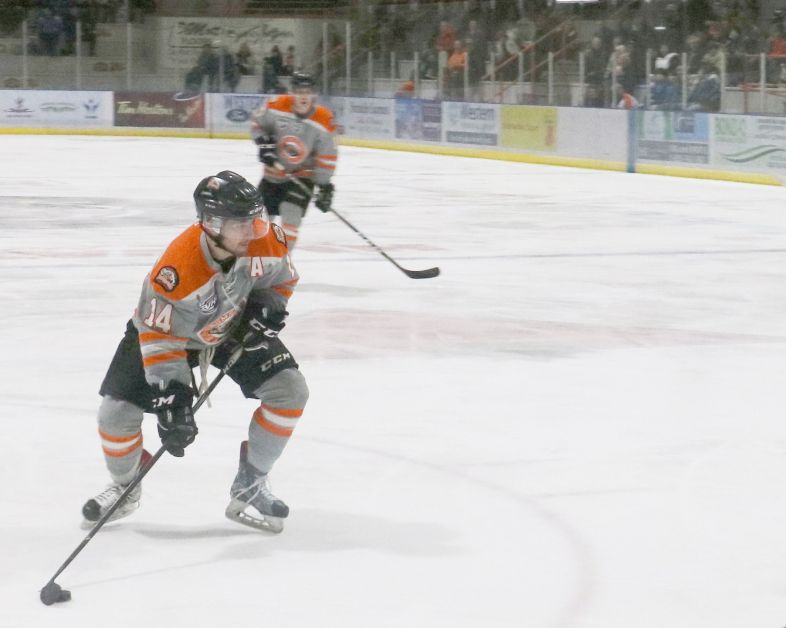 The Drumheller Dragons started the week strong with an at home blowout versus the Calgary Canucks but dropped three on a busy road trip up north.
On Tuesday, December 5, the Dragons hosted the Canucks and Star of the Game Alex Rotundo scored on the powerplay, his first as a Drumheller Dragons, in the first period to take the early lead. In the second period, the Dragons lit up the Canucks with a second power play goal from Tyler Kreklewich, a goal from Braydon Nicholetts and then Rotundo scored his second.
The scoring continued in the third period with Brett Wieschorster finding the net 5:45 in.  The Canucks finally scored at the midway point, but Brett Edwards scored and Kreklewich got his second to end the game 7-1.
Over the weekend, the Dragons were on the road but were without Derrick Budz when they took on the Fort McMurray Oil Barons on Friday, December 8. Budz was serving a three-game suspension for a gross misconduct.
The Dragons outshot the Oil Barons 39-34, but Fort McMurray shut out the Dragons winning 4-0 in a physical battle.
On Saturday, December 9, the Dragons were in Bonnyville to take on the Pontiacs.
Again, the Dragons outshot their opponents 37-28, but the Pontiacs jumped out 2-0. Andrew Kartusch scored to end the first period down 2-1. In the second period, the Pontiacs scored 2:50 in, but then Tyson Scott answered back to end the second down 3-2.
The Pontiacs owned the third period with three goals to win the game 6-2.
On Sunday afternoon, the Dragons were in Lloydminster to take on the Bobcats. After a scoreless first period the Bobcats went up 2-0 in the second period, and built on their lead in the third period and were up 4-0 before Scott found the net with 1:20 left in the game.         It was too little too late as the Dragons went on to lose 4-1.
The Dragons have only three games before the Christmas break. This Friday, December 15, they are at home to take on the Sherwood Park Crusaders and then the Grande Prairie Storm on Saturday. On Tuesday, December 19, they are in Canmore to take on the Eagles.