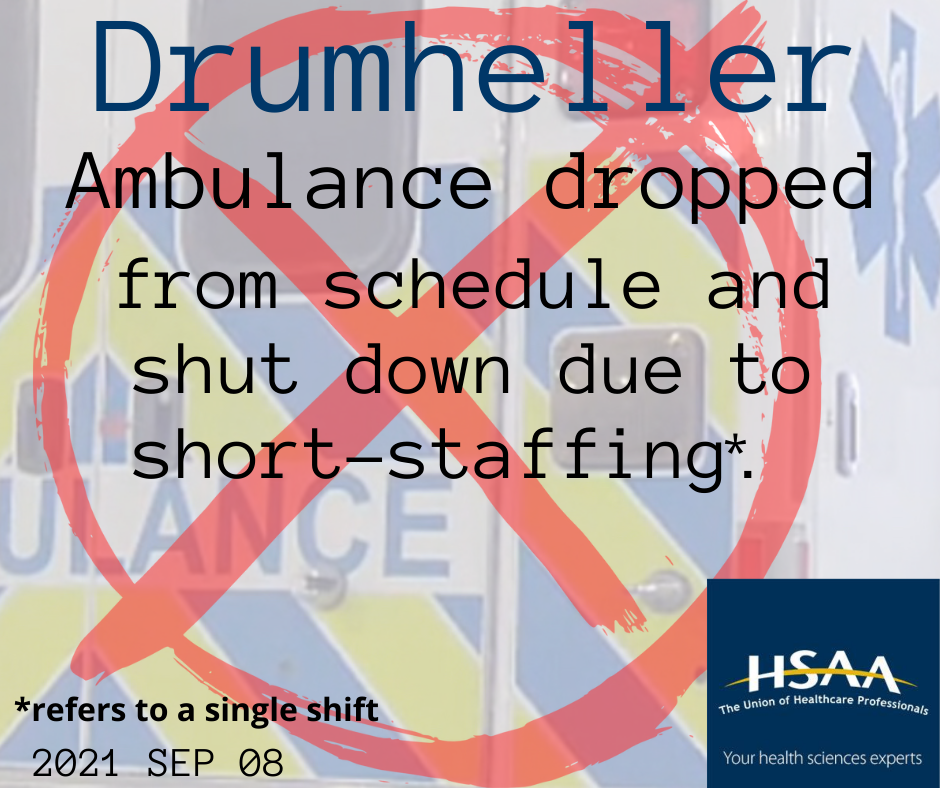 Area residents are expressing more concerns over ambulance services, as the Health Sciences Association of Alberta (HSAA) has begun posting updates on ambulance staffing on social media.
These posts show the status of ambulance services throughout Alberta, and it has brought the issue to light.
“We have to expose this conversation. People need to understand what the government’s cuts to funding and failure to resource healthcare providers responsibly and effectively for this province has done,” said HSAA president Mike Parker.
The posts highlight when there is a “Red Alert” is when there are no available ambulances to respond to an emergency.
“About 20 years ago, a Red Alert would have been a rarity and it would have been a time when crews would scramble to get to a call. The Red Alert today looks a little different when they start stacking calls. We have more calls than ambulances and they keep stacking them up,” said Parker “Now we are delaying our response time because we just don’t have enough anymore.”
According to the HSAA Facebook, the “information provided in these posts comes from HSAA Members currently working in EMS within Alberta. The information is accurate to the best of our knowledge when posted, however may be delayed and therefore not accurate at the exact time of the post. Responding to 911 EMS calls is highly dynamic and the unit responding may change after the post is made.”
The posts also highlight when ambulance service has been downgraded or shut down due to staff shortages. On September 4, the service in Drumheller was downgraded from Advanced Life support to Basic Life Support.
On September 7 and 8, it posted that an ambulance was dropped from the schedule in Drumheller due to staff shortages. On September 3 and 7, there was a Red Alert where there was no EMS available in Three Hills or Linden to respond in Kneehill County.
A statement from Alberta Health Services (AHS notes, “Some EMS information is being selectively distributed through social media and represents only a single moment in time. Alberta’s EMS system is in near-constant fluctuation as ambulances respond to calls, arrive at hospitals, clear from calls, or as staff come on or go off shift. It is inaccurate to take a snapshot of one of those minutes and use it to assess an entire hour or full day.”
Parker said the service is facing many issues, and he describes it as a toxic workplace.
“People are not coming to work anymore, we have a situation where we can’t staff trucks, calls have grown 50 per cent over the last six months,” said Parker. “We have communities like yours in Drumheller where an ambulance could have a coverage zone that is massive. An hour’s drive with lights and sirens, or that ambiance is coming from an hour away to your community.”
AHS acknowledges an increase in calls.
“EMS is continuing to see an unprecedented increase in emergency calls over the last several months, due to several combined factors including the COVID-19 pandemic, opioid concerns, and emergency calls related to people returning to regular levels of activity. All call types have increased and staff illness and fatigue are also contributing to challenges in the EMS system,” it states.
He says they operate on a system where the closest ambulance responds. This means if an ambulance in one hall is on call, the next call may have to draw from the next closest community, leaving another area underserved.
“That is a systemic problem province-wide, the core of all this is these zones of Edmonton and Calgary draw down the resources in the region because of the volume of calls, and draws into rural facilities,” Parker said. “Now we have closures of facilities across the rural communities, which makes access to healthcare even more challenging.”
In a statement from AHS, “EMS monitors ambulance availability in real-time and ensure resources are always available to respond to emergencies. System adjustments are made minute by minute to make the best use of the existing resources.” 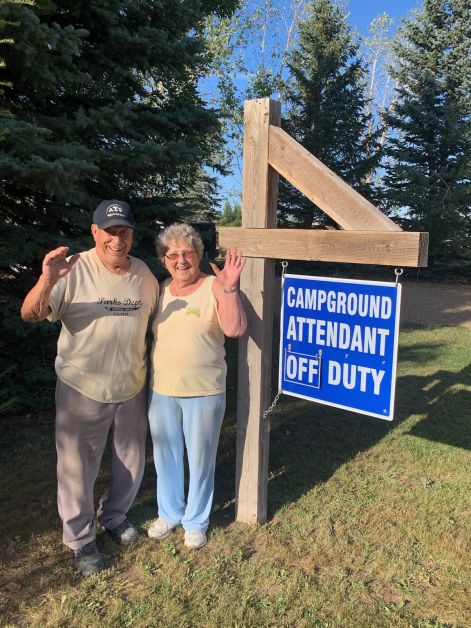 This September saw the end of an era at Prairie Oasis Park with the retirement of Roy and Delores Dussome.
The Dussomes have been a part of the Prairie Oasis experience since 1996 when they took over providing campground attendant services at the park.
“Roy and Delores have been a part of our Special Areas Parks Team for over 25 years. They have cared for Prairie Oasis with diligence and vigilance. More than one camper can remember being reminded of the ‘no parking on the grass’ rule. Being a campground attendant can be very difficult, but Roy and Delores always tried to be fair and helpful. They took great pride in the park and were instrumental in building Prairie Oasis into the ‘oasis’ in the special areas it is today,” said John Armstrong, Parks supervisor.
Prairie Oasis Park began operating in the late 1980s and has since become a major destination and summer attraction for visitors and residents alike. The park today includes over 100 serviced campsites, as well as a well-developed day-use area including a beach, docks, marina, concession & store. 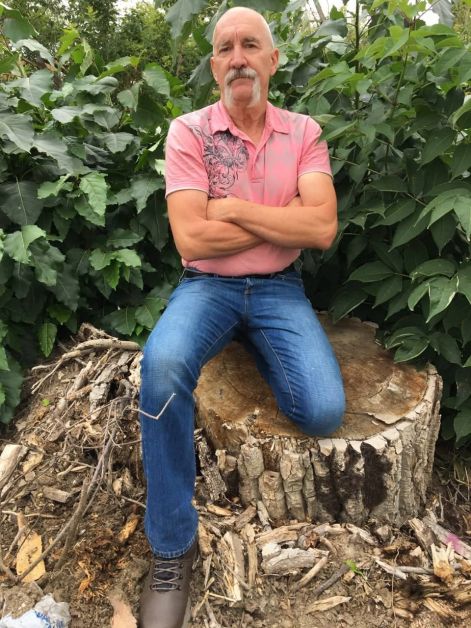 Drumheller resident Ed Almond has announced his candidacy in the upcoming October 2021 municipal election.
Almond was raised in the Hand Hills area, east of the Town of Drumheller, on a cattle and cereal farm. He also owned and operated his own farming business for some 20 years before changing careers and obtaining an Environmental Technologist diploma from the Southern Alberta Institute of Technology (SAIT). Almond has also maintained a Red Seal Journeyman automotive technician license for the last 40 years.
“Elected officials need to be reminded their job is to work for the best welfare of the town and its citizens,” Almond said in a press release. “A change is obligatory and I am determined to do the right thing.”
Almond says his platform is based around the tenants of accountability, common sense, and transparency.
One of the biggest projects he hopes to tackle, if elected, is the flood mitigation program.
The project has been a point of contention for residents and Almond notes it has been a major issue for the Drumheller municipal election. One of his concerns is the amount of funding which has already been spent by the project, and the possibility of shortfalls falling onto the backs of taxpayers.
Nomination packages will be accepted until noon on Monday, September 20 and the municipal election will be held Monday, October 18.