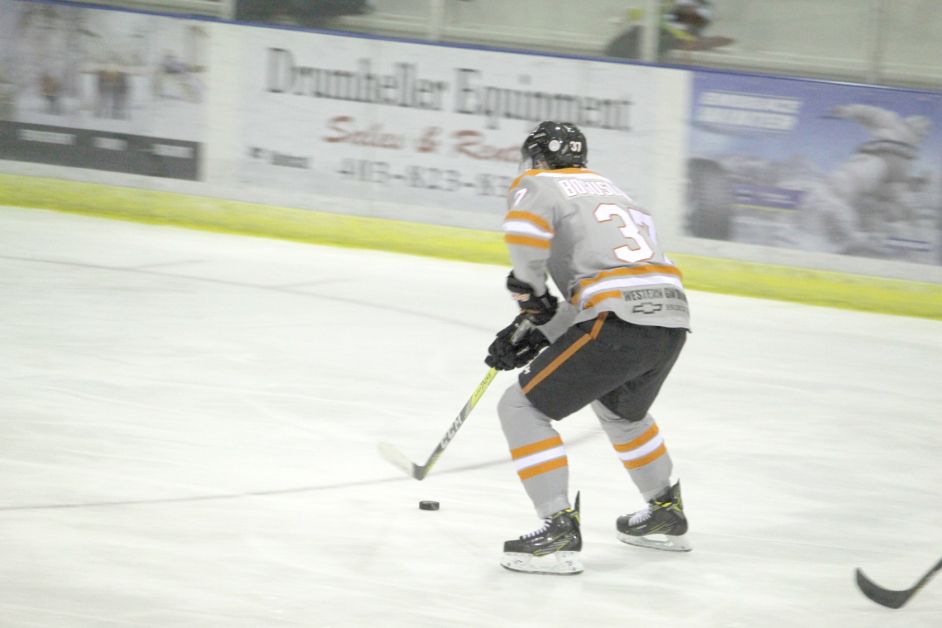 The Drumheller Dragons continue to bolster their roster.
In early October, the Drumheller Dragons and the Brooks Bandits completed a deal for future considerations from a trade last season. The Dragons picked up Markus Boguslavsky ('99) from the Bandits.
Boguslavsky is a 6'0" 185lb forward from Calgary, who played last season with the Midget AAA Calgary Flames where he recorded 21 goals and 20 assists in 33 games.
"Markus is what we were looking for as he is young and fits into what we are trying to do this season," said Dragons Coach and GM, Brian Curran. "He has a great opportunity to grow and become the player we feel he can be. We welcome Markus and his family to our organization and look forward to helping him achieve his goals."
Boguslavsky has already played six games with the Dragons in October, in which the 17-year-old has posted two goals and two assists.
The Dragons have also picked up Yauheni "Gino" Astrouski, who was reassigned by the Prince Albert Raiders of the WHL.
Astrouski is a 6'1" power forward who, last season, played for the SSAC Athletics out of Edmonton, tallying 11 goals and 18 assists in 34 games. Originally from Belarus, Astrouski and his family moved to Edmonton so he could play hockey as a 15-year-old in Canada.
"There's no question he can play the game," said Curran. "He's a strong skater with excellent hockey sense. From what I have seen so far there is a lot of talent to work with. We look forward to working with Yauheni over the next several months." 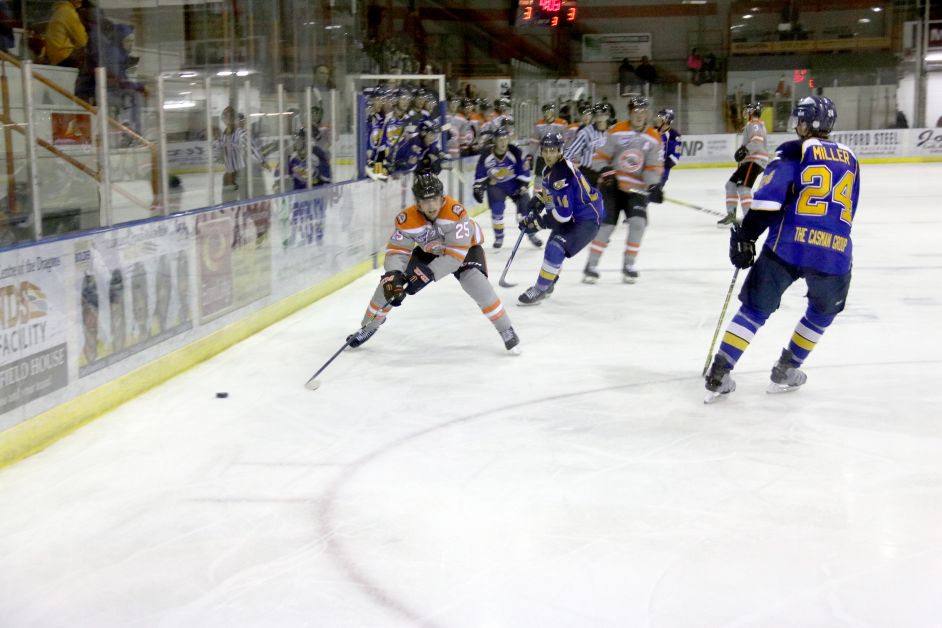 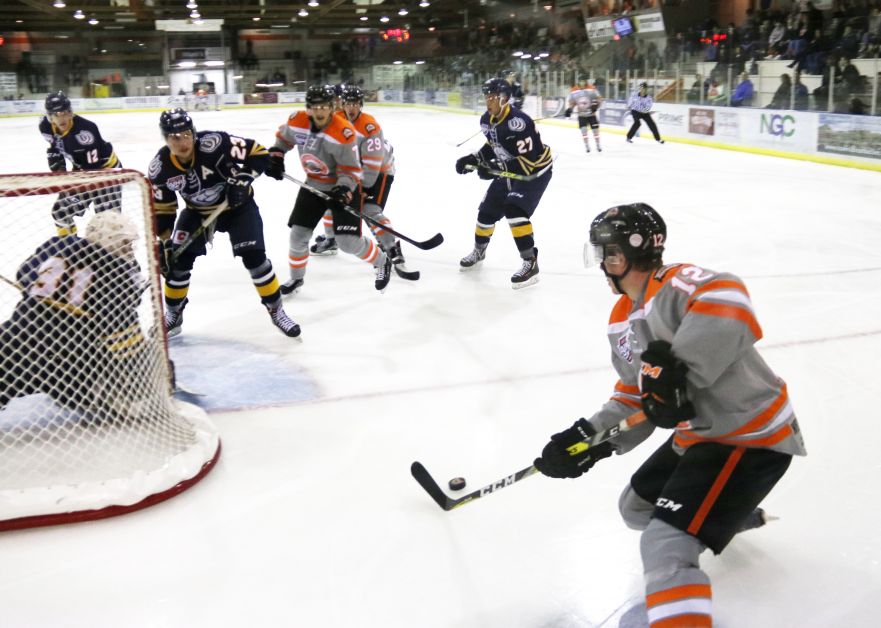 The Dragons shone at the AJHL Showcase Weekend and came home with a win and a close loss after taking one of the top teams in the league to overtime.
Over the weekend, all 16 AJHL teams were in Camrose for the AJHL showcase. This is an opportunity for scouts from all over North America to view the talent of AJHL players on the ice.
“The Showcase Weekend is a very tough weekend and nerve-wracking,” said coach Brian Curran. “We won the first game, but I don’t think we played our best hockey by any means, we played nervous and were standing still a lot.”
The Dragons had two games; the first on Thursday, September 29 when they took on the Drayton Valley Thunder. The Dragons jumped out just 1:25 into the first with a goal from Leif Mattson. In the second period, the Thunder came back and tied momentarily, until Blake Kleiner put Drumheller ahead 2-1.  Drayton Valley fired back tied it up again. It remained scoreless through the third period and then through overtime. Troy Dudley scored in the shootout to deliver the Dragons their second win of the season.
The Dragons had a tough one on the horizon as they took on Saturday, October 1 the Fort McMurray Oil Barons, which are currently second in the North Division standings.
Again, the Dragons struck first, and went up 1-0 after one period with a goal from Brady Risk. The Oil Barons dominated the second period with three straight goals and a two-goal lead. The Dragons came out inspired in the third and scored three quick goals from Chard Hurtubise, Nate Neely and Stefan Wood to take the lead. With 10 minutes left, the Oil Barons tied it on the power play to force overtime. In the extra period, the Oil Barons outshot the Dragons 4-0 but could not pull ahead, and the contest was decided in the shootout.
“In the first and second period, I thought the guys played all but five or six minutes really well,” Coach Brian Curran said. “In the third period, we got into our own little groove. We were moving better and making plays, working our  tails off. We had 4-3 lead after being down 3-1. I thought we deserved a better fate but at the end of the day, I am proud of how hard they worked.”
He thought it was good test for the team.
“I was very curious with how we would do against them and I was very impressed. We are the second youngest team in the league and I think we really have to get moving from that game forward. “
This week the schedule doesn’t get any easier. On Friday, October 7, they are hosting the Calgary Canucks who are leading the south.
The Canucks are playing some of the best hockey around the league right now,” said Curran. “When we start believing in each other, we can believe we belong here. The quicker we do that, we are going to be a much better hockey team.”