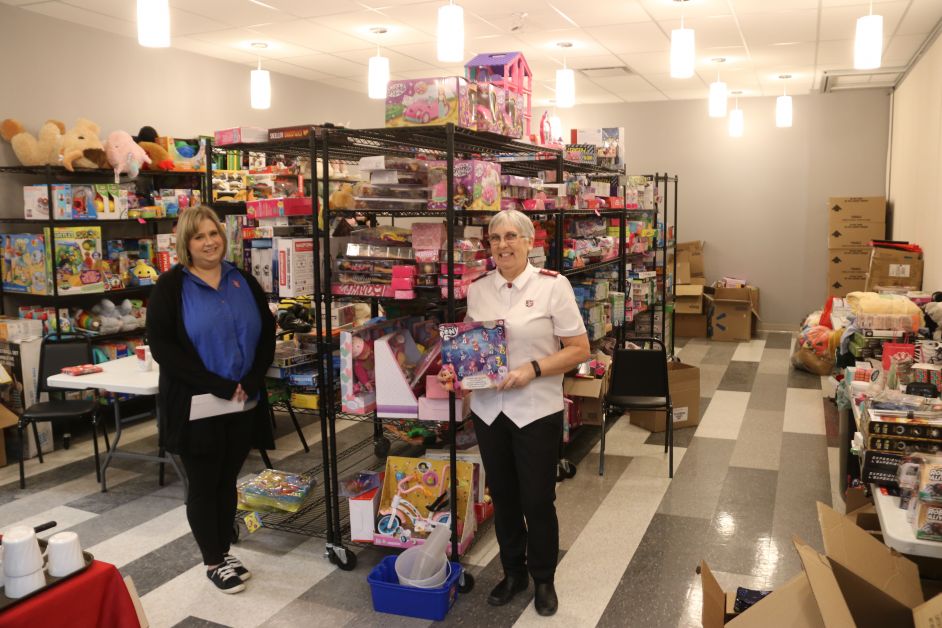 Every year it is like a controlled storm with many moving parts, and like every year before, The Salvation Army has met its goal of providing for the community during the Christmas season and beyond.
The Christmas season is always a busy time for The Salvation Army, and their goal is simple, if someone reaches out in need, they are able to support them.
The Kettle Campaign is an important initiative over the Christmas season that helps fund The Salvation Army's program throughout the year. Anticipating the greater need as both The Salvation Army and its clients are facing inflation, they increased their goal to $50,000.
Major Robert Burrell of The Salvation Army says they met their Kettle Campaign goal and raised $54,254. Their mail-in donation campaign fell a little bit short of their goal but they were still able to raise $47,248.
This year, The Salvation Army was able to help 109 families over the Christmas season with hampers.
“I would like to express my sincere appreciation not only to all of the donors, who helped out this year, and they do every year," said Burrell.
Westergard Ford was the site of the annual toy drive, and through community donations, Burrell said The Salvation Army was able to supply all of their wish lists without having to buy toys.
Amanda Courtenay, Family and Community Services coordinator for The Salvation Army says the demand for help during the Christmas season was about the same as last year. She says while they are serving approximately the same number of clients, she says the faces have changed.
“We couldn’t do it without the volunteers, and how people support us all year, especially at Christmas time. The community is just awesome,” said Courtenay.
The Salvation Army itself received a sort of Christmas gift. Last year they were successful in securing a grant from Food Banks Alberta and a couple of days before they broke for the holiday, they received three new upright freezers. This will help them keep the food bank stocked with nutritious food for its clients.
Burrell says one of their goals is to honour the donors’ wishes.
“We try to be good stewards of every penny that comes through our door and we believe strongly in that. We want to make sure it is used wherever the donor wished it to be used,” said Burrell. 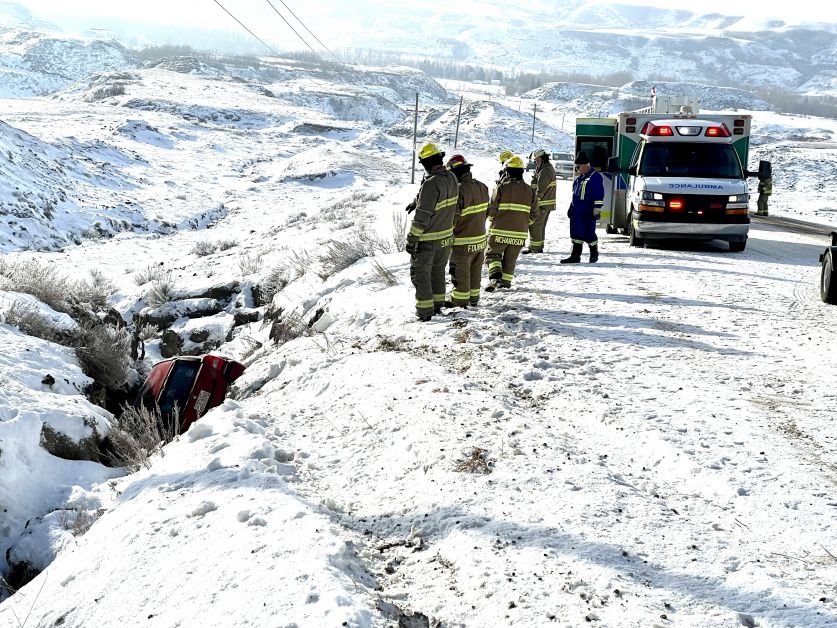 The Drumheller Fire Department used a ladder to rescue a driver who drove into a steep ditch in icy conditions.
The Fire Department was called to Murray Hill, north of the Little Church, shortly after 11 a.m. on Friday, January 13. The department responded, along with AHS EMS and the Drumheller RCMP.
It appears that a Dodge Caliber was descending the hill travelling south when it slid off the road and into a steep ditch on its side. The department employed a ladder to rescue the lone driver, and EMS treated her. It appears to be minor injuries.

For the Village of Delia, the last year has come with some big wins and some hurdles--from the successful grand opening of the new Delia School in October, to the continued search for a Chief Administrative Officer and resignation of one of Delia’s three-person council.

“Delia saw an up and down aspect to the past year,” says Mayor David Sisley.

The village held a special meeting with community members in September due to challenges finding a replacement Chief Administrative Officer. There was a strong turnout, and council and residents had conversations about the future of the village and its viability. Mayor Sisley notes, as the decision to remain a village or revert to a hamlet under Starland County is “such a major decision,” the village is conducting a viability study through Alberta’s Municipal Affairs; a viability study would analyze the village’s governance finances, infrastructure, and services and offer recommendations on how to achieve viability and potential impacts of dissolving the municipality-from taxes, to service delivery.

Although there have been some challenges at an administrative level, there have also been successes. Delia’s municipal campground has had a record-breaking year according to Mayor Sisley, and the village has welcomed some new residents as several homes in the community have sold.

“The vacant hotel was purchased for use as a Women’s Shelter, and the Land Use Bylaw was amended to approve it,” Mayor Sisley says. He notes the project is currently on hold pending funding, and a contractor is being approved.

The new Delia School held an official grand opening ceremony in October, nearly a year after its doors first opened to students and faculty. Construction of the new school was completed within a 13-month period after ground first broke on the project and, along with the new building, Delia School also has a brand new playground for students and community members to enjoy.

At the end of October, the village lost a community icon with the passing of Onruf Luke, who was the proprietor of Luke’s. Following the news of his passing, village residents reflected on their memories of spending time in the cafe, most beginning in their childhood and continuing into adulthood.

One of the village’s three-person council resigned in early-November, and nominations for the vacant seat were opened. Nominations will continue to be accepted until noon on Tuesday, January 17, 2023; if more than one nomination is received, the village will call a by-election, which will be held on February 14, 2023.