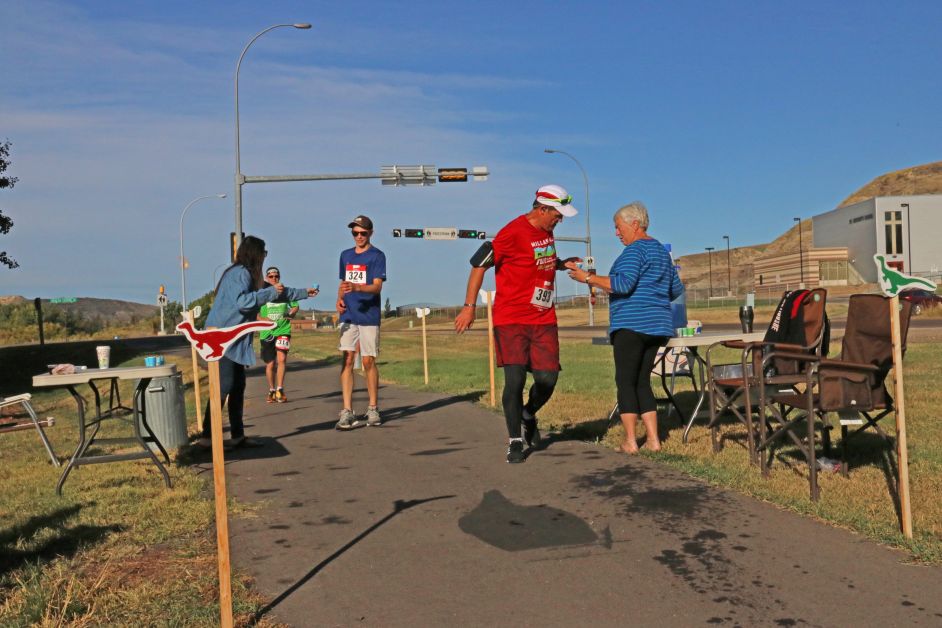 After eight years, the Dinosaur Valley Half Marathon continues to buck the trend with strong attendance.

The annual road race, which features the Family 5K Walk and Run, the Encana 10K and the Half Marathon went Sunday morning, September 10. It was another great year and going into the race, event chair Morgan Syvertsen said their registration was the highest ever for the half marathon.

McDonald’s was also on site with its McCafe trailer and Freson Bros. had a barbecue for racers. There was also face painting and massages, making a festive atmosphere for the athletes.

The weather cooperated beautifully as smoke-free blue skies were abound with virtually no wind.

“That (smoke) was a real concern, there were some people who said they weren’t going to race,” said Syvertsen.

He is grateful for the strong volunteer support that did everything from manning aid stations to working as course marshalls and ribbon presenters.

He was very happy with the race. This year the proceeds from the races went towards the Canadian Badlands Aquatic Club and members of the swim team were on the course, manning an aid station.