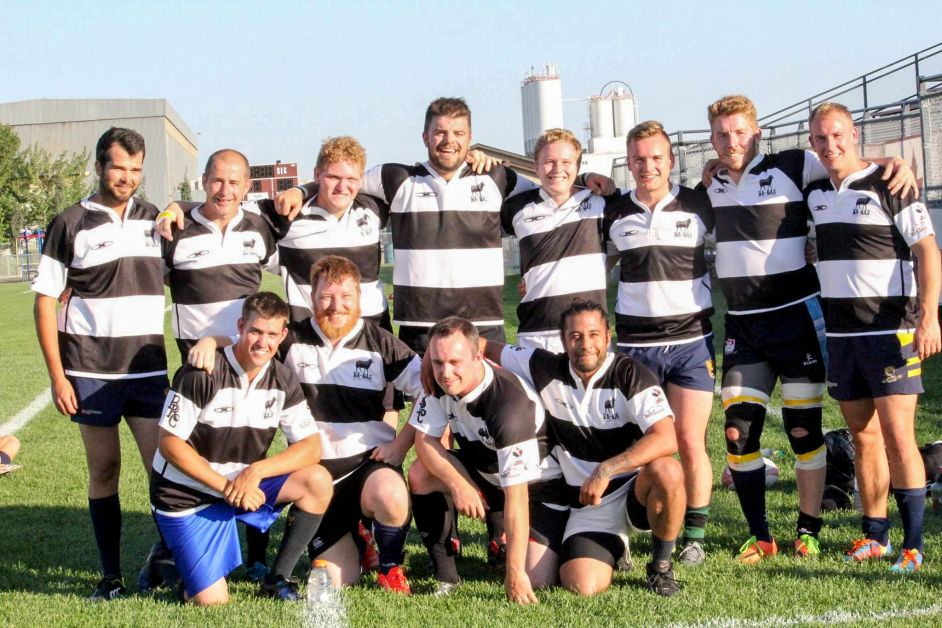 Four Badlands Rugby Football Club (RFC) players joined the Bow Valley Barbarians, also known as the ‘Ba-Baas’, for their game on Friday evening against the Calgary Saracens on July 14.

The game was held on field one at Calgary Rugby Park, the same field where just last month the Canadian national team hosted Georgia.

“Imagine centre court at Wimbledon, well this would be the Rugby equivalent in Calgary, not bad for our first game,” remarked April Harrison, a club member.

The weather was polar opposite to that game, with clear skies and temperatures soaring to 27 degrees for the 6:30 p.m. kick off.

The Ba-Baas, a developmental team out of Bow Valley RFC, welcome players from multiple teams that might be new and in need of some game experience.

Six Badlands players from both the Senior Men’s and Senior Women’s teams, attended training at Bow Valley on Thursday ahead of the Men’s game.

Short enough players for a full side, the Saracens agreed to a ‘friendly’ game of 10’s, playing 25 minutes each way.

For three of the four Badlands players, this was their first ever game of Rugby, but the training had clearly paid off as two of them scored Trys! You score a ‘try’ when you move the ball into the in-goal of the other team and “ground” the ball. That is the only place a try is scored. 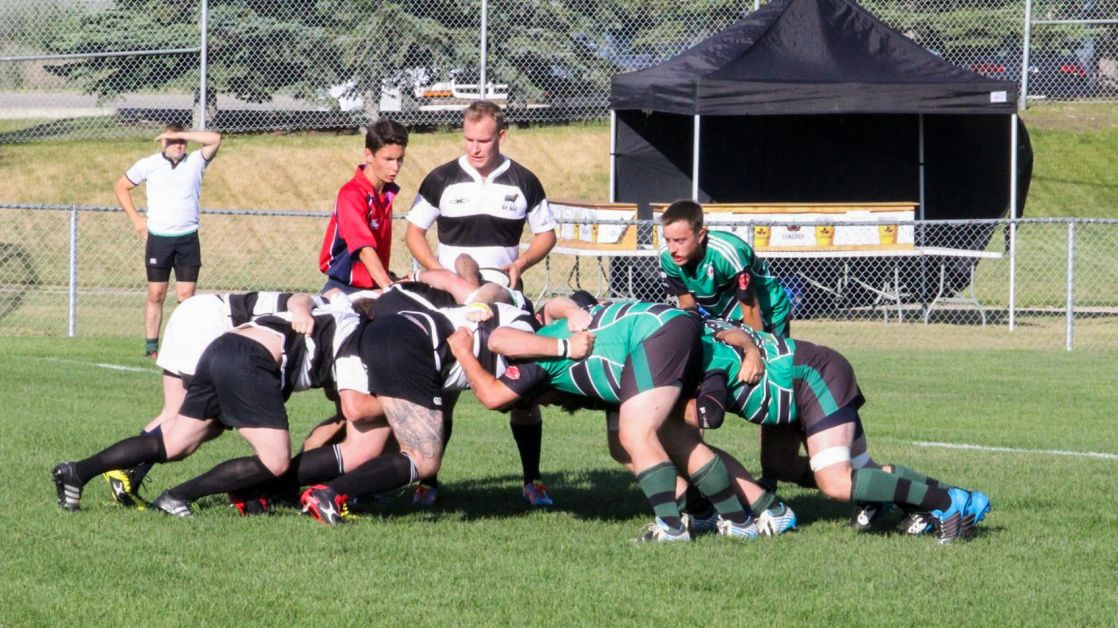 The Ba-Baas put in a great effort and a last minute Try from Dustin Clark, one of the Badlands boys, brought the score to within one point.

“Despite our inexperience and a narrow loss, the Badlands players fit into the Barbarians side comfortably. The other three guys have never played rugby before and they performed well beyond my expectations,” said Andrew Beattie, Badlands RFC player/coach.

“The experience the four of us gained at the training session and in the game on Friday is immeasurable," he added.

The other Badlands Try came from ‘Left Wing’, Brady Kaiser, who showed his pace when he saw a gap in the Saracens’ defence and sprinted for the try line early in the first half.

“I was a little wary of joining the team at first because I literally didn’t know a thing about the sport but the guys and gals in Drumheller and Cochrane really make it fun,” he said. “It’s a great chance to get out for some exercise and forget about the weekly grind for a night. I’m super excited to keep playing rugby for years to come.”

Salen Prasad rounded off the Badlands cohort and put in a resounding effort at ‘Loosehead Prop’.

“I couldn’t be more proud of this group of rugby newcomers that left it all out on the field,” said Salen Prasad. “The Bow Valley squad welcomed us with open arms and even though we came up one point short, we won’t be hanging our heads anytime soon! There’s a big future for rugby here in the Badlands.”

Badlands players are planning to join the Ba-Baas for more games in the coming weeks. Beattie encouraged people from Drumheller and the surrounding communities to think about joining in Canada’s fastest growing sport.

“We’ve already had a couple of clubs ask if we’d be interested in setting up an exhibition game. We get new players along to training most weeks and if we could get say, five more, we could for sure do that,” encouraged Beattie.