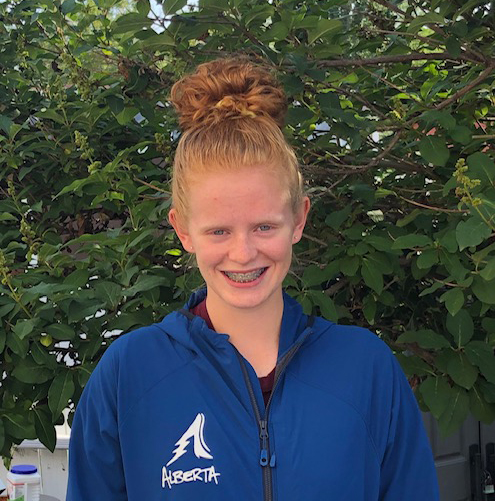 A Drumheller softball player will be representing Team Alberta in the Western Canada Summer Games this August.

Charli Calon will play outfield and shortstop for the Under 16 Team Alberta in Swift Current from August 8 to 13. She made it through tryouts which began with over 130 players down to 14.

“When I first got the call I was pretty excited to have made such a high level team that 130-plus girls tried out for. I’m really excited to receive my Team Alberta gear and I’m nervous to play, just because this is a pretty big deal to me,” she said. “I want to do well.”

Calon, who lives in Drumheller but plays for a team in Calgary where she is primarily a pitcher, said the last tryout was delayed due to poor weather but a scrimmage was held in near-freezing conditions against an U19 team in Edmonton.

Her family is proud to have her represent the province, her mother Kelsey says.

“She didn’t have anyone else she knew trying out so it was a nerve wracking experience for her, but she persevered and rose to the occasion when it mattered most.”

The Western Canada Summer Games will be held August 8 to 13 in Swift Current, Saskatchewan.