Condolences to the family of Vera Adelaide Glover | DrumhellerMail
02062023Mon 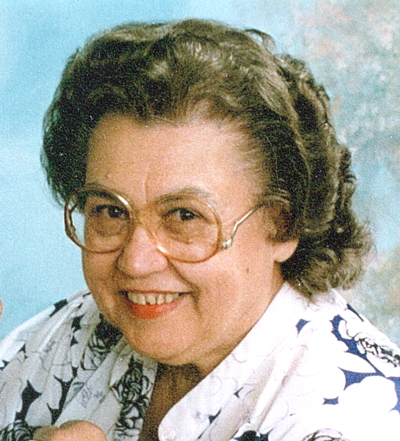 It is with great sadness we announce the passing of our beloved Mother, Grandmother, Great-Grandmother and Great-Great-Grandmother, the Matriarch of 5 generations, Vera Adelaide Glover (nee Kolenchuk) at the age of 93 in Drumheller, AB on September 9, 2022 with her family by her side. She was born in Foam Lake, Saskatchewan September 19, 1928 to Nick and Alexandra Kolenchuk and was the second youngest of 5 children. Her family then moved to Peace River, AB for a time. They moved to Drumheller when she was 5 where she later met and married the love of her life, Russel Ambrose Glover, on October 23,1947. In 1949 they welcomed a daughter Dorothy, in 1950 a son Ken and their 3rd child Timothy in 1959. She was a very loving, caring, patient and kind hearted woman as she would always lend an ear to listen, a hand to hold, a shoulder to cry on, advice with no judgment and a hug to make you feel better. She had an avid love of gardening, cooking and crosswords. She was the smartest woman we knew as she helped her children to her great-grandchildren with their homework. She leaves to mourn her daughter Dorothy, son Ken (Linda), grandchildren Kenny, Sabrina (Terry), Caralee (Aaron), Lindy (Brian), great-grandchildren Colby, Tanner, Jessie, Ally, Shellbi, Kayla, Derek, Kendra and James, and great-great-grandchildren Owen, Carson, Alivia, Harper and Tucker, brother Orest (Gloria) and numerous nieces and nephews. She was predeceased by her husband Russel, son Timothy and great-grandson Mitchell, parents Nick and Alexandra, brothers John and Lawrence and sister Juliana.
Her service will be held at Courtney-Winters Funeral Home Thursday, September 15, 2022 at 1:00 p.m. In lieu of flowers please donate to the Kidney Foundation of Canada or charity of your choice.
Courtney-Winters Funeral Home in care of arrangements. 403-823-2666.