Condolences to the family of Wilhelmina (Min) Omelchenko | DrumhellerMail
12032021Fri 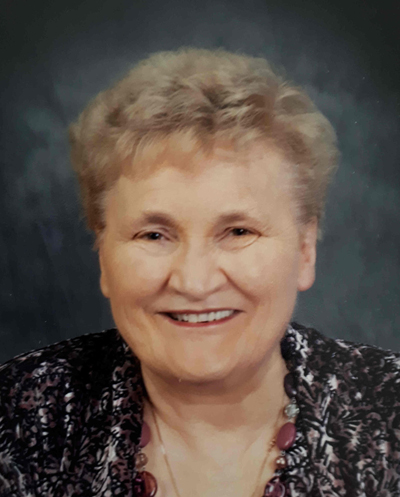 Mrs. Wilhelmina “Min” Omelchenko, beloved wife of John Omelchenko of Red Deer, formerly of Bashaw and Drumheller, passed away after a lengthy illness, surrounded by her loving family, on Friday, May 21, 2021 at the Red Deer Hospice at the age of 86 years. Min was born in November of 1934 in Burstall, Saskatchewan to John and Elizabeth Bauer. She was the middle child of seven with three older brothers, John (May), Arthur (Pat) and Alvin (Betty), and three younger brothers, Wilbert (Marion), Harvey (Lucille) and Reinnie (Lorraine). Min also had numerous nieces and nephews and other family members. Min had multiple jobs, the first being a Sergeant in the Canadian Military, where she met the love of her life, John Omelchenko. They were married and had two children, Catherine and Gregory. Min had several interests, but her main calling was singing. She had the voice of an angel. She was part of the lead quartet in the Sweet Adelines organization, was part of church choirs and often a soloist at weddings and funerals. Min’s main passion was her family and she spent as much time as she could with her children, grandchildren and great-grandchildren. She loved them all dearly and that love was returned manyfold. Min will be forever remembered by her children Cathy (Stan) Hunter and Greg Omelchenko; grandchildren Trent (Teri), Tyler (Angie) and Todd (Hayle); and great-grandchildren Madison, Brayden, Mason, Avery, Brody and Easton. Also left to cherish Min’s memory are brothers Alvin (Betty), Wilbert (Marion), Harvey (Lucille) and Reinnie (Lorraine) as well as numerous other family members and friends. All will miss her dearly. Min was predeceased by husband John; parents Elizabeth and John; and brothers John and Arthur. A private family graveside service has been held. In lieu of flowers, memorial donations may be made directly to the Red Deer Hospice Society, the Alzheimers Society or a charity of one’s choice. Condolences to Min’s family may be emailed to meaningful@telus.net.