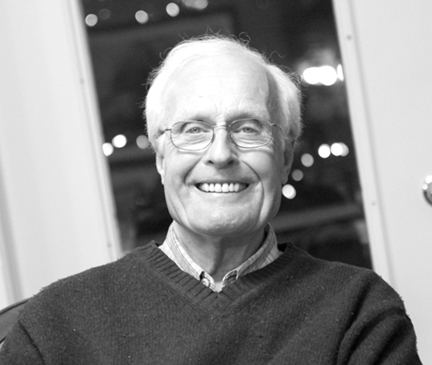 With heavy hearts we announce the passing of a  wonderful husband, father, grandfather, brother, and friend, Stanley Stanford Schumacher, age 87 years, from dementia in Calgary, Alberta.
Stan was born in Hanna, Alberta, at the nearest hospital to his parents’ home where they lived in Sunnynook, and where his father was the Alberta Wheat Pool agent. A few years later, they moved to Dorothy until Stan finished grade eight when the family moved - house and all - up the river to Drumheller, where Stan finished high school.  In 1959, Stan graduated from the University of British Columbia with both a law degree and Bachelor of Commerce. While a student at UBC, he joined the  Canadian Officer’s Training Corps (COTC).  During the third phase of this training, Stan was selected as one of only four across Canada to be picked to go to Germany,  serving with the Royal Canadian Dragoons, as part of the British Army of the Rhine. Stan credited this training with causing the most significant changes in his life - confidence and the ability to be analytical, and most importantly, it helped him to overcome his extreme shyness.  He believed this new found self-assurance allowed him to go on to  “do what he wanted to do” which would eventually be to enter the political arena.
After graduation, Stan articled with Eldon Woolliams Q. C.  in Calgary. He was called to the bar in 1960.  Due to his father’s illness, in 1962, Stan joined Knaut + Knaut in Camrose for two years, returning to Drumheller in 1964. In 1966, he joined W. R. Sandercock Q. C.
In 1967, a redistribution of the electoral boundaries created the new federal political riding of Palliser. Stan announced his intention to run in the newly formed Palliser riding, which included Drumheller and parts of Calgary.
On June 22, 1968, Stan married Virginia Mae Brodie of Calgary. Prime Minister Pierre Trudeau set an election date for June 25, 1968, but this did not stand in the way of wedding plans.  Stan won the election.  Mr. Sandercock was not too happy having a partner who spent most of his time out of the province. In 1971, Pat Madden joined the firm, taking much of the pressure and workload off Stan’s shoulders.  In the election of 1979, Stan ran as an Independent, because of internal conflicts, and lost to Gordon Taylor,  the PC candidate.
Stan has long been a member of the Masonic Lodge in Camrose and Drumheller, and in 1966 he and other local members joined the Shriners of Al Azhar Temple in Calgary culminating in his being elected Potentate in 1985 for the entire province.
Stan decided to run in the 1986 provincial election and won the election with Don Getty as Premier. Stan was a Member of the Legislative Assembly for Alberta until 1997, with four years as Deputy Speaker and four years as the first elected Speaker of the House. This prestigious office afforded him the opportunity to meet and travel with innumerable legislators from around the world.
Throughout the years, Stan continued his work in law and the community, eventually creating Schumacher, Gough & Co. In 2003, Stan was again presented with the Queen’s Jubilee Award.

Stan was predeceased by his parents, Louis Peter and Gladys Geraldine (nee Knudson) of Drumheller, and his sister, Jean Sakal (wife of Bill) of Calgary. He is survived by his loving wife of 52 years Virginia, his children David (wife Lala Wood) and Sandra, his grandchildren Noah, Sadie, Paloma, and Shalin, his sister June Bittman of Richmond, WA, and sister-in-law Beverley Snell of Calgary, and many nieces and nephews and good friends.   Because of the COVID-19 pandemic, there will only be a private function. Cremation has already taken place. Messages of condolence may be left for the family at www.myalternatives.ca.