Condolences to the family of Georgina Gladys Bayes | DrumhellerMail
06152021Tue 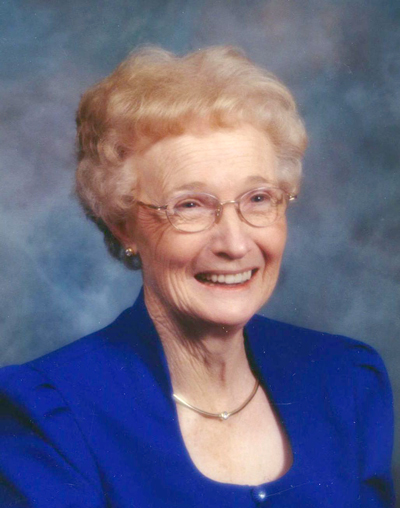 Georgina Gladys Bayes was born on August 17, 1934 in Lac Vert, Saskatchewan. She was the eldest child of Eric and Eva Glasspell. She peacefully entered heaven on September 29, 2020 in Three Hills at the age of 86.
She grew up on the family farm helping her dad with the cattle and milking cows. Being the oldest she learned to saddle the horse or hitch it to the cutter to travel to school. She spent many summers at Bible camp where her relationship with Jesus her Lord was developed and strengthened.
Georgina attended school in Lac Vert but was in the hospital during portions of grade 10, 11 and 12 with Rheumatic Fever. In 1953 she moved to Three Hills and took grade 12 again at Prairie Bible High School.
After high school she worked in Trochu at the pharmacy for a year. Mom had several aunts in the area where she would spend Sunday afternoons, and there she met Jim Bayes. They were married July 2, 1955 and immediately moved to the farm 12 miles west of town, where she again took up her passion for farming. Georgina enjoyed working with beef cattle, milking cows and running equipment. With Jim away trucking most of the time she was the main driver on the farm. Dad died in a truck accident in May of 1973, and Mom made the decision to continue farming with us kids at her side.
Georgina loved many dogs over the years and even in her 80s got a new puppy. Throughout her life she enjoyed sewing clothes and handiwork, supporting her children in their endeavours, taking both her children and grandchildren to summer camp, attending graduations, weddings and other special functions, hosting family meals and serving others.
When Georgina married Clarence Colberg in May of 1987 her focus shifted from farming to grandchildren’s activities and travel. Her and Clarence enjoyed each others company for 10 years, till his passing in September 1997. She continued to travel, taking numerous cruises, bus trips, train excursions and visiting every continent except Antarctica.
Mom enjoyed her involvement in many organizations: 4-H, Christian Women’s Club, TOPS, Red Hatters, Crown Jewel, Senior visitation committee, and Palliative Care.
She was predeceased by her parents Eric & Eva Glasspell, husbands Jim Bayes and Clarence Colberg.
Georgina leaves to mourn her children; Marie Muddle, Harold (Glenda) Bayes, Karen (Garry) Weigum, and Oliver Bayes. 10 Grandchildren; Carmen Leuf, Kevin (Tess) Muddle, Adeleen (Matt) Bolduc, Bennett (Kendra) Bayes, Charlene Bayes, Drew Bayes, Sarah (Curtis) Hoffmann, Lyle (Laurel) Weigum, Courtney (Alex) Fried, Mack (Natasha) Bayes. 10 Great-Grandchildren; Logan, Lila, James, Merritt, Karis, Newton, Cohen, Blaire, Cecelia and Hunter. Sister Dorothy (Norm) Morrison. Brothers: Jim (Janice) Glasspell, Bill (Sandra) Glasspell.
Sunset Funeral Service in care of arrangements. Linden 888-546-3903; Trochu 403-442-2200