Condolences to the family of Garry Jones | DrumhellerMail
02172020Mon 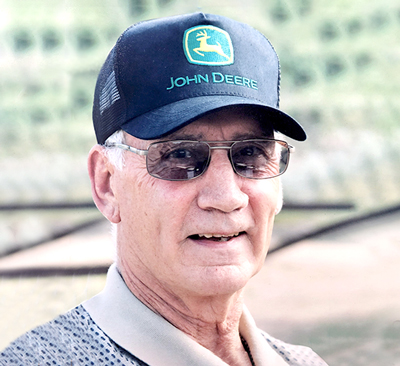 It is with great sadness that the family of Garry George Jones announce his passing at his home in Airdrie, AB on Wednesday, October 30, 2019, at the age of 80 years.
Garry was born in Calgary on June 4, 1939 to George and Phyllis Jones. He was raised on the family farm east of Crossfield. Garry had a passion for agriculture and his farming career began with his father in 1958. On
November 20, 1959 Garry married the love of his life,
Brenda. They farmed together until moving to Crossfield in 1988. Over the course of the years to follow, they lived in Vancouver, Drumheller, wintered in Arizona and this past June moved to Airdrie.
Garry is survived by his loving wife of sixty years, Brenda; his children Mark (Diana), Leanne (Jens), and
Todd (Tracey); his grandchildren Cori (Kyle), Mallory (Ryan), Heather (James), Travis, Kurt (Melissa), Jeff,
Jennifer (Parker), Megan, Ben, Sam, and Trisha; and great granddaughter Emília. Garry was predeceased by his
parents, George and Phyllis Jones.
A Celebration of Garry’s Life will be held at the Crossfield Community Hall (900 Mountain Avenue, Crossfield, AB) on Thursday, November 7, 2019 at 11:00 a.m. with Reception to follow. Condolences may be forwarded through www.McInnisandHolloway.com. If friends so desire, memorial tributes may be made directly to STARS Air Ambulance, 1441 Aviation Park N.E., Calgary, AB
T2E 8M7, Tel; 403-295-1811; www.stars.ca, or directly to the charity of the donor’s choice.
A tree will be planted in living memory of Garry Jones.