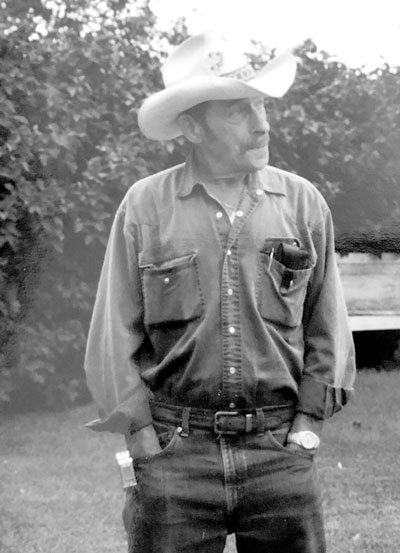 Norman (Norm) Marshall, beloved husband of Sheila Marshall of Okotoks, passed away surrounded by his family on Saturday, March 2, 2019 at the age of 85 years. He was the loving father of Joe (Shelly) Marshall of Strathmore, Julie Ann (Pete) Heggenstaller
of Okotoks, Jeff (Robbie) Masciangelo of Munson, Jay (Carla) Masciangelo of Strathmore, AB and Jack (Robin) Masciangelo of Calgary; and will also be dearly missed by his thirteen grandchildren, Warren, Mitchell, Brennen, Mariesa, Amy, Alex, Anthony, Marshall, Jackson, Jayde, Charlie, Jaycob and Brady; six great-grandchildren Ethan, Ava, Clarke, Laney, Arlo and Lukas. He will also be lovingly remembered by his two sisters Isabelle Watson and Joanne (Bill) Luca; two brothers, Julius “Joe” Marshall, and Robert
“Bob” (Helen) Masciangelo. He was predeceased by his parents Joseph and Maria Masciangelo as well as his brothers and sisters John, Annie, Lena, Nicholas, Edna and Joyce. Norm was born in Hanna, AB on August 7, 1933, one of 11 children. He grew up on the family farm just south of Delia. He moved to Calgary in the early 50’s where he began an apprenticeship as a machinist. In the mid 50’s he met the love of his life Sheila Goss and they wed on August 1, 1959. Together they raised their 5 children on the farm in Delia. Norm was a dedicated community member who volunteered on numerous different groups and societies. Norm retired and left the farm in 2002. He spent the next 17 years focusing on his children, grandchildren and great-grandchildren. He was very proud of his family and they were his passion. A Funeral Mass will be celebrated at St. James Parish, 338060 – 32 Street East, Okotoks, AB on Friday, March 8, 2019 at 1:00 p.m.If friends so desire, memorial donations may be made directly to St. James, Society of Saint Vincent de Paul, Site 7, Box 41, R.R. #2, Okotoks, AB T1S 1A2.