Condolences to the family of Garry William Nargang | DrumhellerMail
02222020Sat 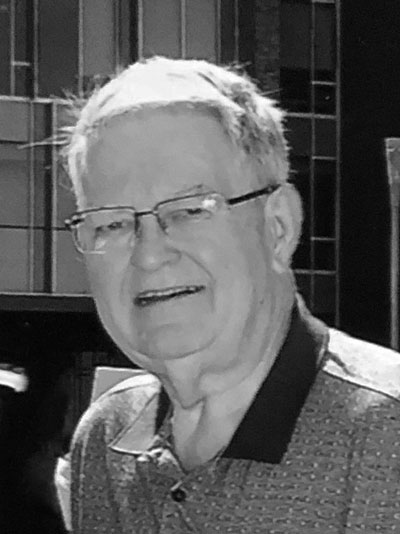 Garry “The Old Grouch” passed away on February 25, 2019 at the age of 74. Garry was born in Regina, Saskatchewan and spent his youth in Regina and Moose Jaw. Despite shenanigans with his close pals in his formative years, Garry became an accomplished figure skater, competing at the national level in couples events. He attended the Saskatchewan Technical Institute’s Moose Jaw campus and received Red Seal certification as a chef - including baking, and meat cutting, which he used masterfully for over 50 years. It was due to this accreditation that he landed in Melfort, Saskatchewan where he met his life partner Fran. A career with the Canadian Penitentiary Service eventually brought him to Drumheller in 1970. His fondness for his new home was evident through his involvement with, and promotion of the community, through activities with the Active 20-30 Club, Rotary, the Chamber of Commerce and time of service as the President of the Big Country Tourist Association. Members of the community will remember him for a variety of business undertakings during his time in Drumheller. His children, Brenda (Sean) and Jay (Tamara) will remember him for his firm morality, soft heart, and most excellent special occasion cakes and party foods. His grandsons, Bayley and Max, will remember his resourcefulness with duct tape and the resulting creative outcomes, and for teaching them that if they are able to put a smile on someone’s face, the world is just a little bit better. Fran, his wife of just shy of 54 years, will forever remember his steadfast companionship and love. As per Garry’s wishes, no funeral service will be held. A celebration of life will be announced at a later date. If friends so desire, memorial tributes may be made to STARS, a cause close to Garry’s heart.