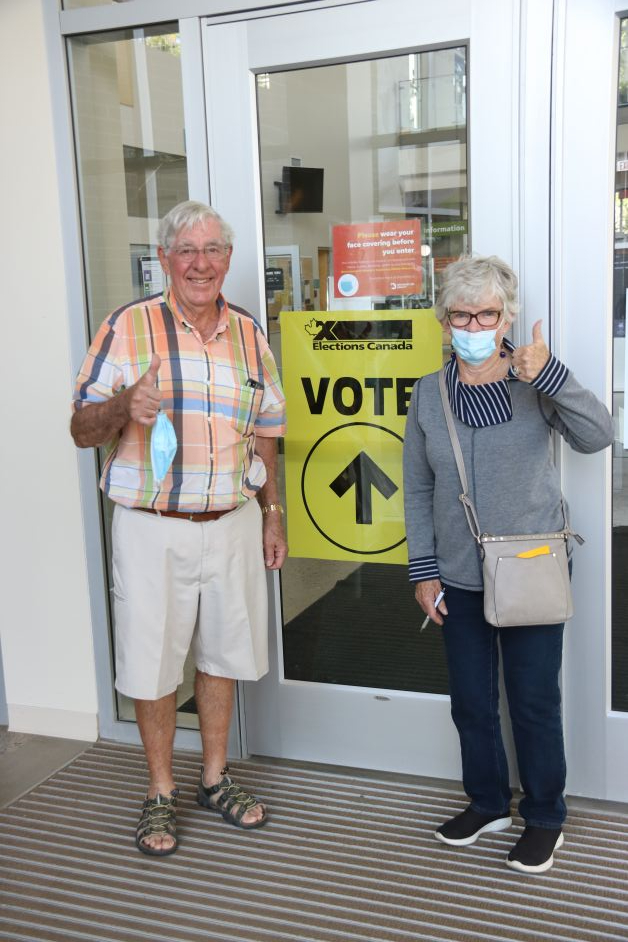 The federal election is ramping up with advanced polls held locally between Friday, September 10 and Sunday, September 12, and election day on Monday, September 20.
Residents of Drumheller will be voting for a candidate for the Battle River-Crowfoot riding, which is currently held by the Conservative party, and residents of rural Kneehill and Wheatland County will be voting for a candidate for the Bow River riding.
The Battle River-Crowfoot riding is a fairly new riding, having been created in 2012 from the former electoral districts of Crowfoot and Vegreville-Wainwright. It stretches from the Town of Three Hills east to the Saskatchewan border to north of Tofield, following the Battle River, and south to the western edge of Drumheller and the borders of Special Areas No. 2 and the County of Newell.
There are seven candidates vying for the Battle River-Crowfoot riding in the upcoming election--Daniel Brisbin for the Green Party, Jeff Golka for the newly formed Maverick Party, John Irwin for the Veterans Coalition, Leah Diane McLeod for the Liberal Party, Tonya Ratushniak for the NDP, Dennis Trepanier for the People’s Party, and Damien Kurek for the Conservative Party.
The riding was formerly held by Kevin Sorenson between 2015 and 2019, with Damien Kurek taking over in 2019 with more than 85 per cent of the vote. 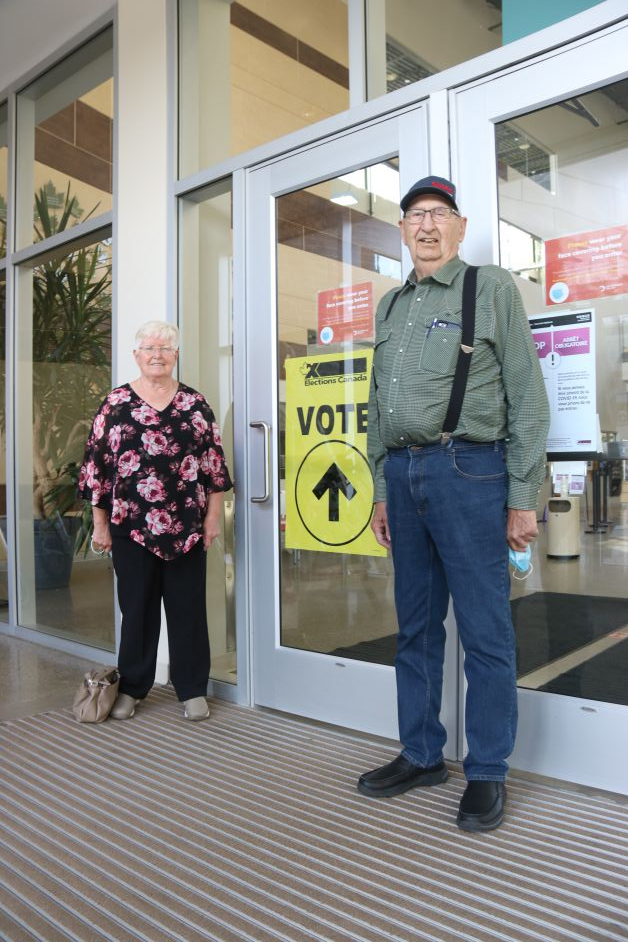 Bow River has had a long history as a constituency, having first been created in 1914, and has since been abolished in 1966 and 1987, and recreated in 1976 and 2012. When it was recreated in 2012 it was recreated from portions of the Crowfoot, Medicine Hat, and Macleod ridings. The riding stretches from the boundaries of the Battle River-Crowfoot riding, encompassing both Kneehill County and Wheatland County, and southward to Taber.
There are six candidates in the running for the Bow River riding--Orrin Bliss for the Maverick Party, Tom Lipp for the Christian Heritage Party, Getu Shawile for the Liberal Party, Michael MacLean for NDP, Jonathan Bridges for the People’s Party, and Martin Shields for the Conservative Party.
Martin Shields has held the riding since the 2015 federal election when the riding was most recently recreated. 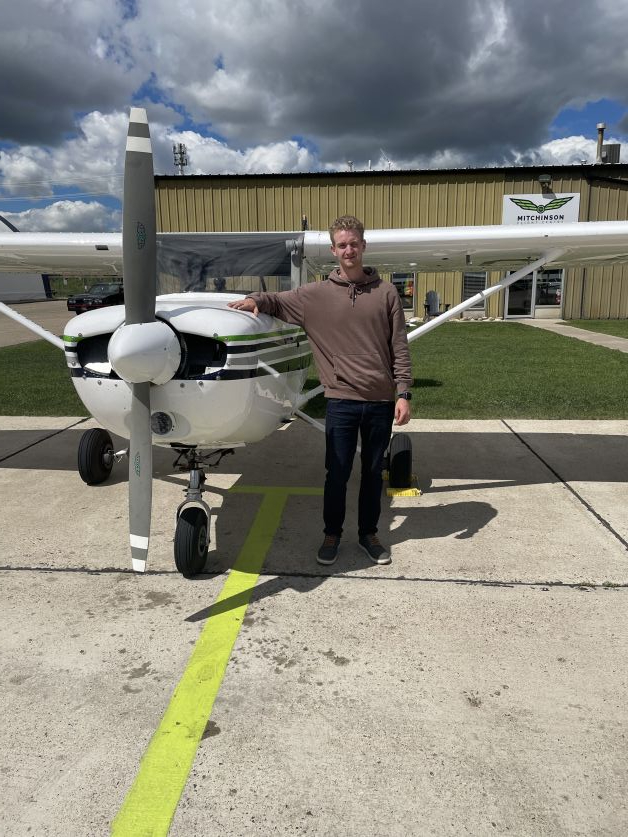 In the lore of Dragons, some are ground dwellers, and some can fly.
For the Drumheller Dragons, there is one who has his wings.
Luke Fennig is in his third season with the Drumheller Dragons. The 19-year-old forward has played 75 games for the squad and racked up 37 points. He has also been racking up hours in an aircraft.
Fennig just received his private pilot’s licence about three weeks ago.
“I love the adrenalin, the thrill, and the feeling it gives you when you are above the ground. It is a totally different feeling when you are up there, especially when you are up there by yourself,” he said.
He completed his training while a member of the team.
I started back in November when I was in Drumheller. I took ground school while I was playing hockey here. When hockey was shut down, I went back to Saskatoon and did my hours in a plane all summer and at the end of summer I had my licence,” he tells the Mail.
Flying runs in his family. “My Grandpa started flying when he was my age, and then my dad got into it when he was my age as well, so I am the third generation of my family,” he said. “We have a plane at the North Battleford Airport. It’s a 1978 Cessna 172.”
About two weeks before the Dragons’ main camp he flew into Drumheller with his parents to meet his billet family, Neville and Charlene Green. He even took Neville up for a flight.
While you can start ground school at age 14, he says you can’t get your license until you are 17. Even at that, he was one of the youngest when he was training.
He is working towards getting his commercial license.
“The next step for me, I’m just building hours right now. Basically, you need 200 hours to get your commercial pilot’s license, and I’m just over 60 hours. You need 50 for your private license,” he said.
The process is much easier when he has a plane at his disposal. He hopes to get his hours in over the next two years.
“The ideal would be a scholarship to an NCAA Division I school in the United States, one that has aviation would be ideal, then I could take aviation while I play hockey,” he said. 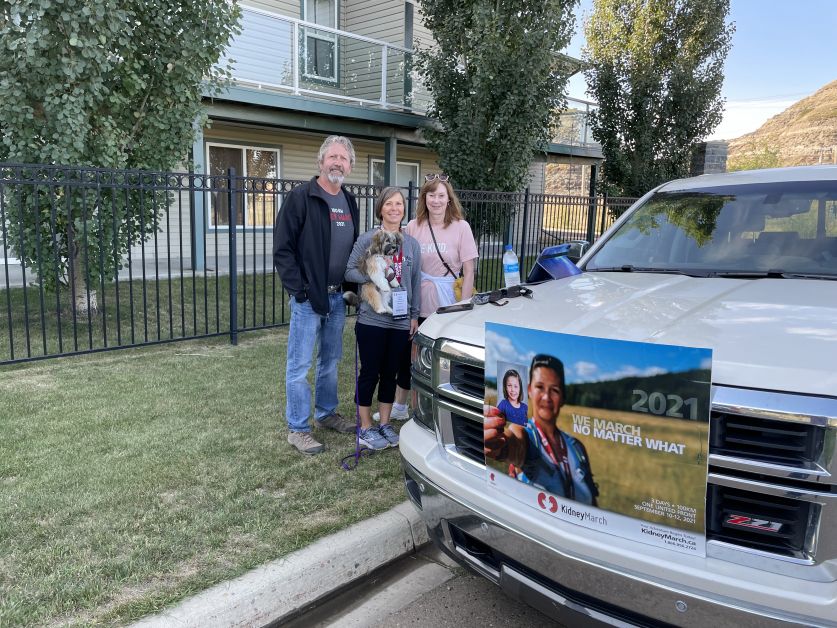 On Friday morning, September 10, Debbie Catonio headed out to take on a 100-kilometre trek in the annual Kidney March.
The Mail brought readers Catonio’s story in May of this year.
She was inspired by the plight of a local man who needed a kidney. While he was successful in finding a donor, Catonio went ahead and made an anonymous donation.
“Words cannot explain how it feels to have been able to be a part in helping someone and their family have a better quality of life. It is very emotional, yet satisfying, and I thank the Lord I was able to be a part of this life-changing adventure for someone I didn’t even know,” she said.
She wasn’t done giving, however, and committed to the Annual Kidney March. After months of training, she set out on Friday morning at DVSS, and continued over the next two days, finishing up in Rosedale.
Participants are asked to raise $2,200, and Catonio thought it was a modest goal. So far, she has raised $10,875, with donations still coming in.
She was ranked as one of the top individual fundraisers for the event.
“I am amazed and so blessed. People have been so generous, people I don’t even know have supported me,” she said.

To donate, go to www.kidneymarch.ca and click on the Donate button. Search for Catonio under Sponsor Marcher for 2021.