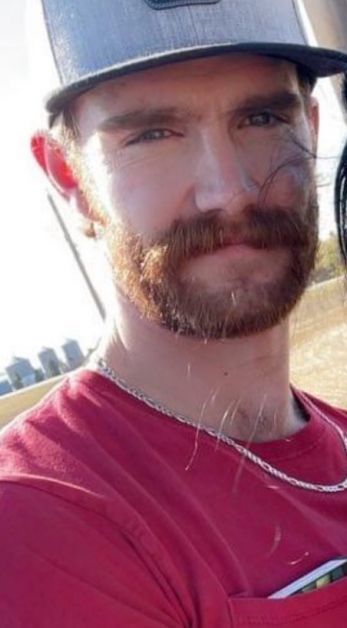 Hanna RCMP are seeking the assistance from the public for information relating to the location of Hanna resident Jay Benedict, 28.
Jay was last seen on Wednesday, November 23 at 10:30 a.m. at the Husky/A&W in Hanna.
Jay Benedict is described as:
- 5’11”tall
- 175 lbs
- Red beard
- Dirty blond hair
- Last observed wearing blue jeans, a Carhartt jacket, and grey Kimes Ranch baseball cap with black brim
He was last seen operating his Black Ford F150 pickup truck with Alberta license plate CKL 5432.
If you have any information on Jay’s whereabouts, you are asked to contact the Hanna RCMP at 403-854-3393, or after hours at 403-854-3391.
If you wish to remain anonymous you can contact Crime Stoppers by phone at 1‐800‐222‐8477 (TIPS), by Internet at www.tipsubmit.com or by SMS (check your local Crime Stoppers www.crimestoppers.ab.ca for instructions). 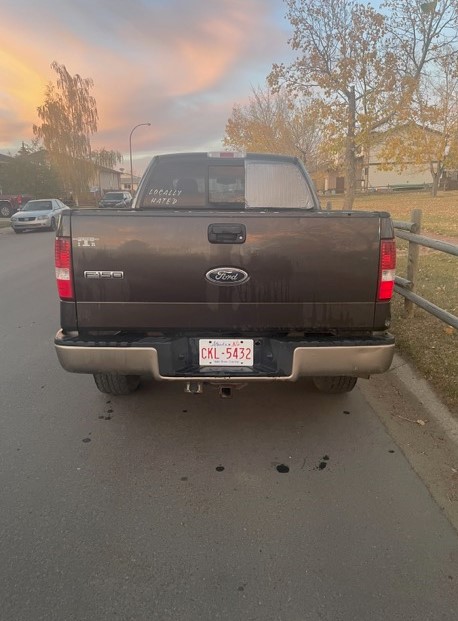 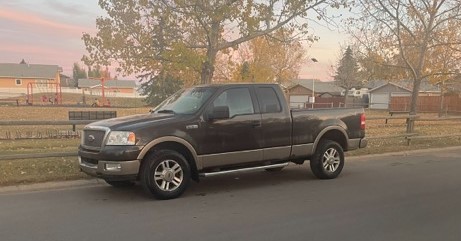 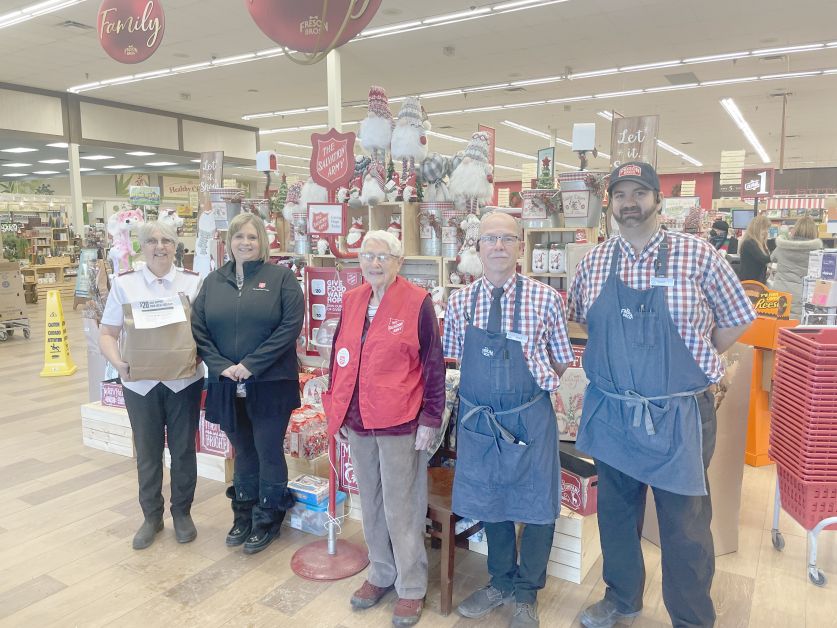 On Friday, November 18, The Salvation Amy kicked off its Kettle Campaign at Freson Bros.
This is The Salvation Army’s annual campaign to raise the funds it needs to operate throughout the year. Salvation Army Major Robert Burrell tells the Mail they have set the goal for the annual campaign at $75,000. This is up from last year's goal of $55,000.
“The increase over last year comes primarily for two reasons. Firstly, inflationary factors have already impacted our ministry due to the increased costs we have incurred through purchasing food,” he explains. "Secondly, the overall donations received during the last few months have decreased.”
He adds The Salvation Army anticipates much greater demand for services, due to the inflationary factors having a negative impact on its existing clients.
“We also expect to serve a number of new clients this year due to the same reason,” he said.
The kettles are out in full force, at Freson Bros., Walmart and Extra Foods in Drumheller. Volunteers are stationed at the kettles to wish Christmas cheer to shoppers.
The Freson Bros., Salvation Army Thrift Store, and Extra Foods Kettles have the Tip Tap feature, where donors can electronically give.
There is a scanner for $5, $10 and $20 increments, and those wishing to give can simply tap their debit or credit card.
Community and Family Services and Anti-Violence Coordinator Amanda Courtenay says the donation goes directly into the local Salvation Army’s bank.
Those wishing to volunteer to man a kettle can call 403-823-2215.
The Christmas season is underway for The Salvation Army.
This Thursday, November 24, the annual Red Bag Food Drive is coming up. Volunteers will be scouring the community picking up donations for the food bank.
The Annual Teddy Bear Toss is also coming up at the Saturday, December 3 Drumheller Dragons game. Its annual Tennis Ball Toss is on Saturday, December 17.
Those wishing to give can put their donation in a tennis ball, and let it rain down at the Drumheller Dragons game.
Those wishing to register for food hampers can do so by appointment from November 21 to December 2. 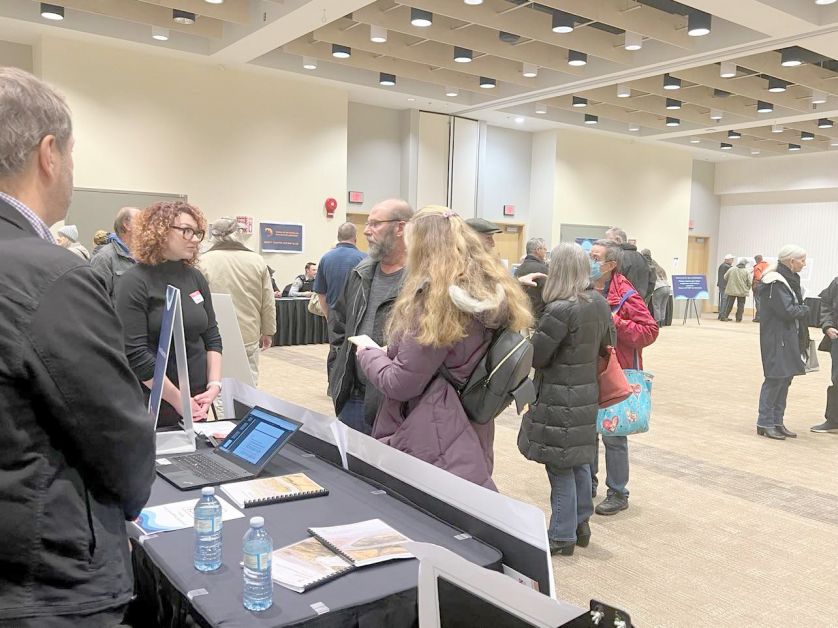 Drumheller Resiliency and Flood Mitigation Office (DRFMO) held its first “trade show” style open house on Thursday, November 17 to allow residents the opportunity to speak with those involved in various aspects of the project, including geotechnical and design engineers, and learn more about four upcoming planned projects.
While construction is still underway on the Midland, Newcastle, North Drumheller Grove Plaza, and Willow Estates berms, residents got their first look at the scope of work for the East Coulee, Michichi Creek, Hospital extension, and Downtown berm projects.
“The intent of tonight’s (November 17) open house is to tell the community about the work we’re planning to start construction on in 2023,” explains project director Deighen Blakely. “This will be citizens’ first look at berm layout and designs, and an opportunity for the design teams to get feedback on things, too.”
A total of 59 people pre-registered for the event, and Ms. Blakely adds DRFMO received some phone calls ahead of the event-mostly from those directly impacted by the project-looking to learn more.
There was a steady stream of people throughout the two-hour open house.
Ms. Blakely noted the format for this event is much different than the “lecture style” community engagements the flood mitigation office has previously held. By moving to more of a trade-show style format, attendees were able to move freely between various stations to learn more about the project and ask questions from those involved, including the Community Advisory Committee (CAC), and geotechnical and design engineers.
She notes, similar to the current projects underway, it is anticipated tender packages for the East Coulee, Michichi Creek East and West, Hospital extension, and Downtown berms will be staggered between spring and summer, with construction to follow in the summer and fall-depending on regulatory approvals.
A number of other Town of Drumheller departments were also in attendance at the open house, including Public Works, Protective Services, and the Town’s development office.
“We all live in one community. (Someone) might have come here to look at a road closure, or the downtown berm design, but the fact you can actually see someone to talk to about the (proposed) traffic bylaw, or talk to public works about snow plows and stuff like that-we just think it’s a greater opportunity for people to engage and be heard by administration and council,” said Chief Administrative Officer (CAO) Darryl Drohomerski.
A comprehensive report of feedback and questions received during the event will be posted to the flood readiness website at https://floodreadiness.drumheller.ca/community-input in the coming days.