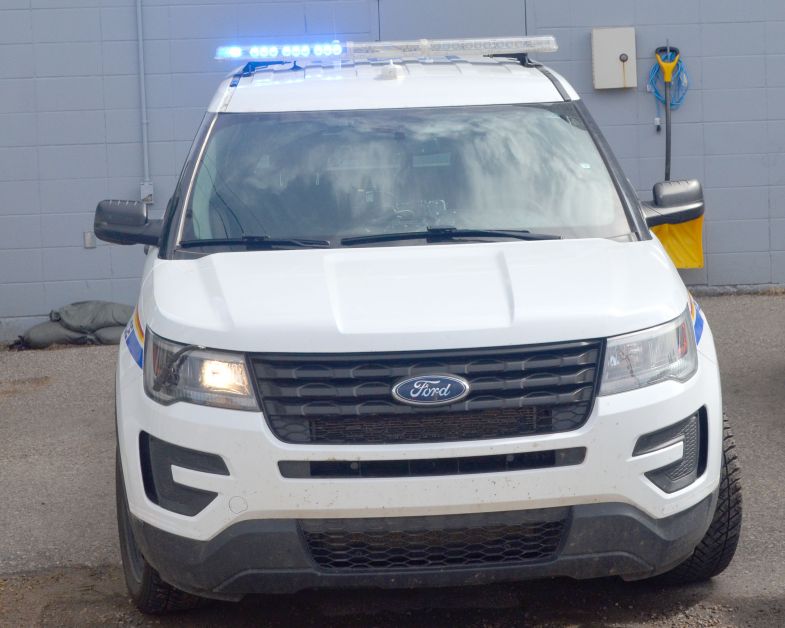 *with notes from Susan Peterson, Derek and Jill Lints, published in the Sentinel Courier

A former Drumheller area woman is warning the community of the dangers of online extortion after losing her dear grandson, who fell prey to one of these predators.
Janice Russell relocated from Drumheller to Manitoba a couple of years ago. Her family faced a painful tragedy when her 17-year-old grandson took his life.
Danny Lints, son of Derek and Jill Lints, grandson of Janice and the late Craig Russell, was 17 and preparing to graduate. He excelled at academics and was a passionate hockey player, avid swimmer and lifeguard. Most importantly, he was a son, grandson, big brother, nephew, and cousin.
It all changed on February 19 of this year. That evening, he was preparing to attend a movie at the local theatre with his mom. He suddenly changed his plans at the last minute, claiming the need to run a quick errand, but would be at the theatre right after. When he did not arrive as planned, his father went out looking for him, worried Danny might have gone off the road in the wintery weather. Instead, he faced the most tragic thing that any parent could face. Their son Danny had taken his life.
“He was 17. He was going to graduate in June, had the highest marks, was an honours student, and had everything going for him. He was a terrific kid, loved by everybody,” said Russell.
Danny had never shown signs of suicidal tendencies. This tragic event shocked his family and community. Investigations into Danny’s death began, and his family learned that he received his first sextortion message around 6:30 pm on the 19th through an online chat. After the full account of events between Danny and the other individual was learned, it became clear that Daniel wasn’t suicidal. He was a regular teenage boy who had tragically fallen victim to a sexploitation scandal.
Sextortion is when someone online threatens to send a sexual image or video of you to other people if you don’t pay the person or provide more sexual content. Often the victim is befriended by an online entity through chat. What can start as an innocent chat quickly becomes more involved, and, through manipulation, trust is gained. The extortionist convinces their victim to send explicit photos, and from there the events usually take a dark turn.
“They blackmailed him and threatened, sometimes they threatened to kill his family, and sometimes they threatened to expose the pictures all over the internet,” said Russell.
In Danny’s case, after the first threat, he cleaned out his bank account and transferred payments to make the problem go away. But once the culprit received payment, the pressure ramped up, and by 9:30 that evening Danny’s young mind couldn’t see any other way out.
While the RCMP is investigating and the file was passed to the Child Exploitation Unit, these crimes are very hard to examine, due to the anonymous nature of the internet. Perpetrators can hide behind IP addresses, and often these crimes cross international boundaries to jurisdictions with fewer laws and enforcement regarding extortion or pornography.
“If they can be found, unless the country is willing to extradite, have them brought here and tried for it, we are kind of out of luck,” said Russell.
This type of crime is on the rise. Calgary City Police noted between January and May of this year there have been 48 reports of sextortion.
“We believe these crimes are vastly underreported,” says Staff Sergeant Graeme Smiley of the Calgary Police Service Cybercrimes Team. “We are thankful for the courageous victims who have come forward and encourage others who believe they have been victimized to do the same. We are asking parents and caregivers to have honest conversations with their children about online safety and how to seek help if kids find themselves in dangerous situations.”
They also note most of the crimes are targeting teenage boys.
Disclosing this information was never something Russell would have considered, but after experiencing the loss of her grandson and hearing of many other similar tragedies, she wants to spread the word to make sure children and families are safe from online predators, “Our motive is to save some other family from going through what we are going through,” said Russell.
She would like to share the following with parents and kids. Parents – please make sure your kids know they can come to you or another safe adult with any problem, and nothing is too wrong to fix. Kids – People of all ages make mistakes. If this is happening to you, do not feel ashamed. (S)extortionists are professionals, they know how to manipulate teens. Please find a safe adult and know you don’t have to deal with this alone. If something like this happens to a friend, classmate, or community member, support them.

Caregivers, if you know a teen who is being sextorted, report the event to cybertip.ca
This website has excellent resources for parents and kids on sexual abuse and online harm, information about staying safe online, and key steps on what to do if you’re being sextorted.

How do we go on after the unthinkable happens?
How can we carry the burden of knowing the world can be cruel and dangerous, the future so unpredictable?
How do we grieve with empty arms and a head filled with echoing memories?

We are stronger than we know, and this is how we show it:
Holding each other, giving comfort in the midst of pain;
Loving more fiercely, through our actions and
the things we say;
Making the world just a little bit better, every single day;
Never taking life for granted, knowing that it can be snatched away.

This world may bring deep darkness, but we are
the bearers of light.
We’ll join our flames together, and shine in the blackest of nights