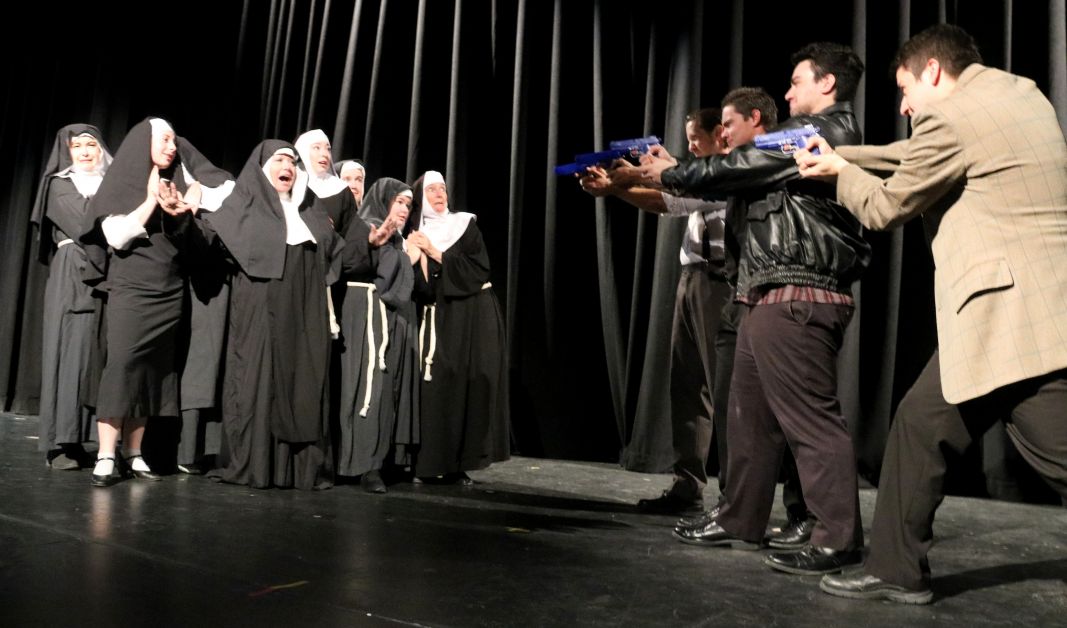 A feel-good musical comedy based on the smash hit 1992 film will have audiences dancing when the Kaleidoscope Theatre hits the stage in Sister Act this week.

When disco diva, Deloris Van Cartier, witnesses a murder, she is put in protective custody in the one place the cops are sure she won’t be a found: a convent! Disguised as a nun, she finds herself at odds with both the rigid lifestyle and uptight Mother Superior. Using her unique disco moves and singing talent to inspire the choir, Deloris breathes new life into the church and community but, in doing so, blows her cover. Soon, the gang is giving chase, only to find them up against Deloris and the power of her newly found sisterhood.

Director and actress Becky Neuman says she chose the script because reading it made her laugh out loud.

“We have lots of talented people in this year and this cast, as large as it is, gave us a chance to show these people off,” Neuman said. “When you pick a show, you pick it because you like it. Eventually the people just fall into those characters.”

She says the story is similar to the film people might be familiar with, the 1992 film starring Whoopi Goldberg, but features music from Tony- and eight-time Oscar winner Alan Menken (Newsies, Beauty and the Beast, Little Shop of Horrors). The musical was nominated for five Tony awards including Best Musical.

Local singer Colette Pettis stars as Deloris and says shes been having fun with the role.

“I have never done this before, its my first time acting, but I thought I’d just try the role and it’s so much fun. It’s a hilarious musical and I really enjoy my part,” Pettis said.