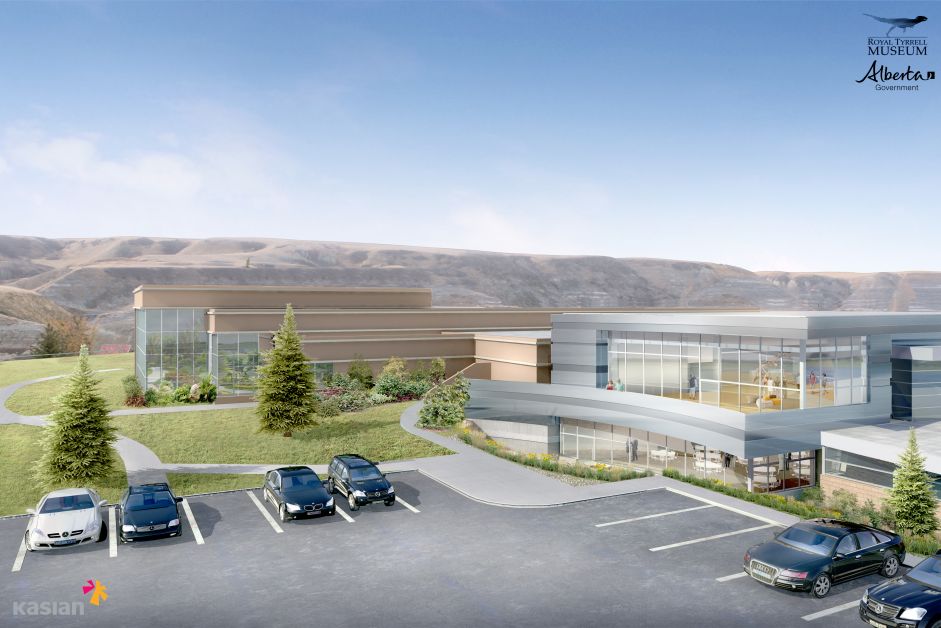 A contractor has been selected to take on the task of updating and expanding the Royal Tyrrell Museum.

It has been a long time coming for the Tyrrell as it was recently announced the contract for the expansion has been awarded to LEAR Construction Management Ltd. out of Calgary.

The Mail broke the story that the Tyrrell was included in the Alberta Government’s budget in April of 2016. The project has been largely planned since 2013.

The expansion is roughly 1,100 square metres and it will make more space for the distance learning center and additional classroom and laboratory space. It will feature a large multi purpose room that can be used for programming and conferences, It will also expand on improvements that make visits a more positive experience including accessible washroom facilities, a hands-on discovery room, and a family rest area.

LEAR Construction Management has been operating for over 40 years and has experience in the valley.

“Lear Construction Management is extremely proud to have been awarded the addition and renovation project for the Royal Tyrrell Museum and is excited to return to the Town of Drumheller,” said Vice President of Construction Chris Grant. “We were last in the community in 2012 completing the Drumheller High School modernization and we are also working just up the road in Starland County on the new Munson Fire Station.”

In January of this year, Minister of Veterans Affairs and Associate Minister of Defense Kent Hehr was at the Museum on behalf of Melanie Joly, Minister of Canadian Heritage to announce a commitment to just over $3.95 million from the federal government for the project.

This was the first time the federal government has invested in the Tyrrell.

"We find our relationship with the Government of Alberta an example of cooperative federalism. It is a place where we can come together, exchange ideas, look at projects and try to build a better province and a better Canada. It doesn't mean we agree on every single issue, but it means we sit down like adults and discuss things of importance to Alberta and important to the national government and try to come to a consensus,” said Shannon Phillips, Alberta Minister of the Environment, who was in attendance for Minister of Culture and Tourism.

The entire project has a budget of $9.3 million. LEAR’s bid for the construction portion came in at $5,397,600. Larsen said budget wise, it is on target.

The expansion was designed by representatives from the government, the Museum and Kasian Architecture.

The project remains on schedule for completion February 2019.