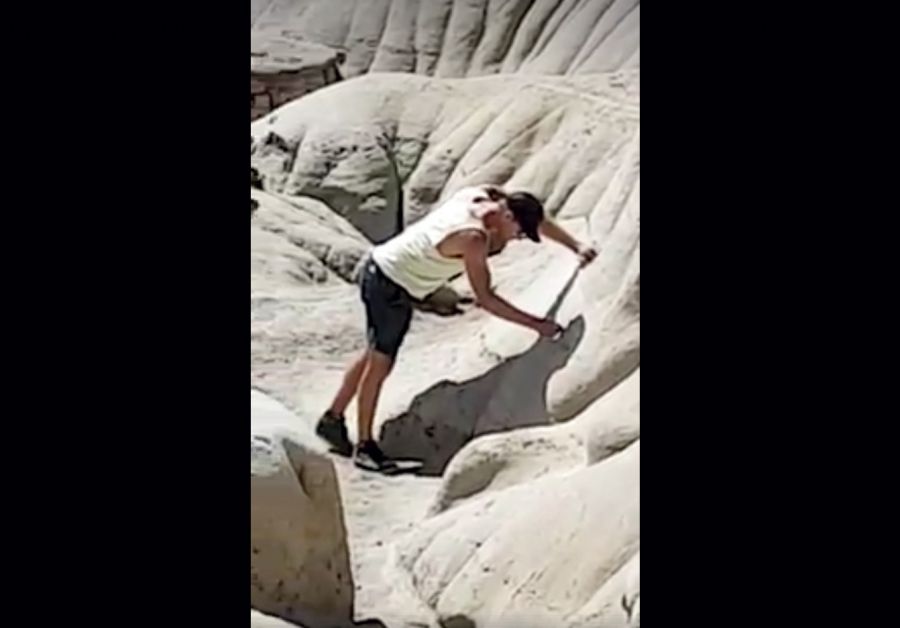 A local woman has turned footage of a man etching words into the Hoodoos to the RCMP to investigate.

Paula Peake told the Mail she was at the Hoodoos at about 1 p.m. with her family Thursday, August 3, when she witnessed a man engraving letters on the site. She filmed the incident with her smartphone and followed the man and his party to their vehicles when they left.

“If nothing is done, it invites others to do the same,” Peake stated.

The man inscribed the word Metten into the site.

Peake said she reported the incident once she was home and had cell service.

She also posted the short video on social media where it was met with strong reactions. 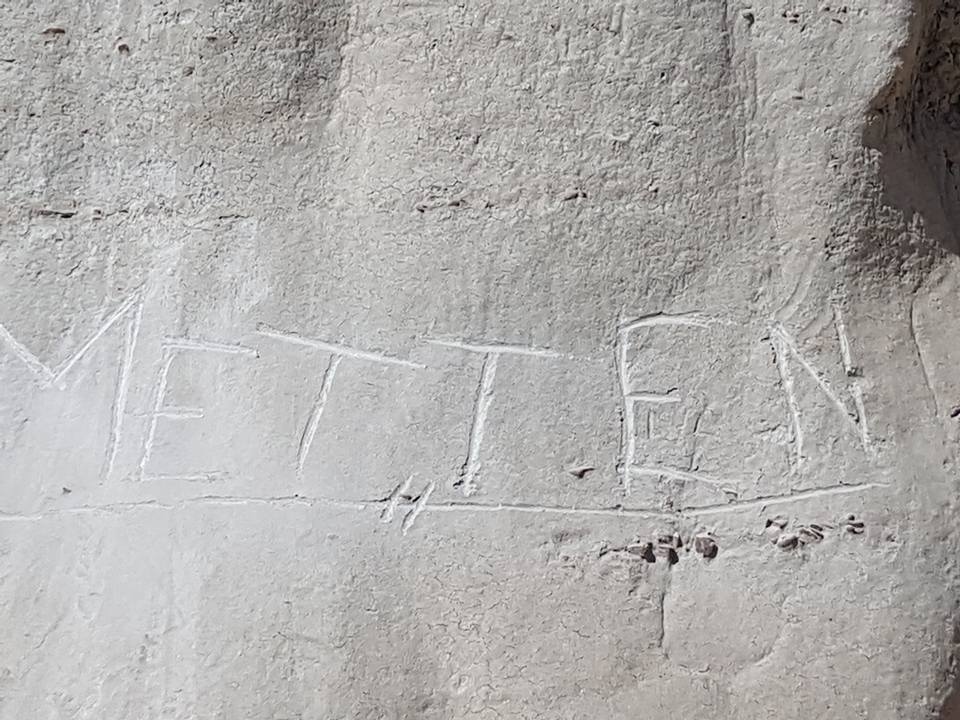 This is not the first time an incident like this has happened. In 2011, the Mail reported that a Calgary man received a $1,000 fine from Judge Grieve for etching the word Columbia in the hoodoo. He too was observed by a civilian who passed the information on to the police.

The Hoodoos are protected under the Alberta Historical Resources Act and a violation of the act can result in up to $50,000 in fines.

The video can be seen below.