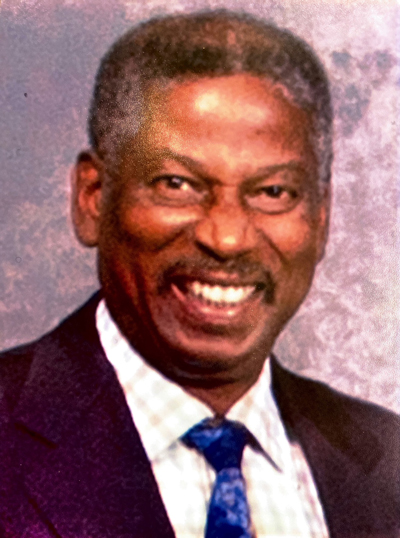 With profound sadness, we announce the passing of Rex Wendell Jordan. He was the youngest of 4 high-achieving boys, born to Basil and Gladys Jordan in St. John, Barbados. A pioneering spirit, Rex knew he wanted to be doctor from an early age. He specialized in sciences at the Lodge School and won a Barbados Scholarship in 1960. He went to the University of the West Indies Mona Campus in Jamaica where he excelled academically and exploited his musical talents as he earned his M.B.B.S. Rex became the Junior Registrar at the University Hospital where his mentors pointed him to Canada. And in 1968, Rex took up his Residency in General Surgery at the University of Alberta Hospital, Edmonton, over 4,000 miles away from his Barbados upbringing. In 1972 he earned an MSc. and took his F.R.C.S (Canada, General Surgery).
In October 1973, Dr. Rex Jordan moved to Drumheller to become a Consultant Surgeon at the Drumheller Regional Health Complex. After meeting and marrying his soulmate, Bonnie Tretiak, in April 1980, Rex settled permanently in Drumheller where he built an extraordinary career in general surgery and where he was one of the visionaries of the Drumheller Ambulance Service. He worked 7 days a week and was often on call 24 hours a day. He produced a prodigious volume of life-saving work, performing over 26,000 surgeries in his career. He was a member of the Drumheller Associated Physicians and was a valued leader in the medical fraternity where he was respected and admired by colleagues and associates, who referred to him as “Captain, El Presidente and affectionately, Baje”, a nod to his Barbadian origin. Rex loved what he did and was an exemplary practitioner of his craft. In 2016, following his retirement, he was honoured by the Drumheller community for 42 years of dedicated service. He was a woodwork hobbyist of note. He loved his tools and mowing the lawn. Rex was a music enthusiast and cut a swashbuckling and charming figure to all with whom he came into contact.
In addition to strong professional support systems, Rex and his beloved wife Bonnie forged lasting friendships in Drumheller with fellow West Indian practitioners Jeff Chung (deceased) and his wife Nellie and Sherman “Tony” Forsythe and his wife Marian. They, the Lecuyers (Carol, Stewart, Dean, Teresa and families) and more recently, Paul and Brittany Audette were his Drumheller family. Though physically far away, Rex was larger than life, and his love and guidance were strongly felt throughout their lives by a cohort of Jordan nieces and nephews in Barbados, Trinidad and Jamaica. Rex was pre-deceased by brother Oscar and is survived by older brothers Rolph “Frankie” and Basil “Junie” Jordan and his life partner, Bonnie whose love and dedication were beyond compare, a comfort to him and to those who loved him.
Rex’s family acknowledge the support of Drumheller Health Care Services, especially the Home Care Staff. Our heartfelt thanks to Dr. Dereck Maseka and in lieu of flowers, Bonnie gratefully requests that his memory be honoured by contributions to the ALS Society of Alberta, 7874 10 St NE, Calgary AB T2E 8W1. Donations can be made online via: https://www.alsab.ca/donate
Rex’s life will be celebrated privately. Condolences, memories and photos may be shared at Courtney-Winters Funeral Home, courtneywintersfuneralhome.ca. 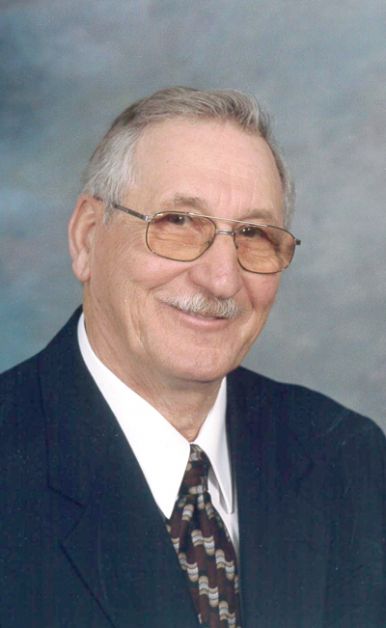 Ted passed away in Drumheller on November 19, 2021 at the age of 85. Ted was born September 1, 1936 on the family farm near Sedgewick, AB.
After high school he went to College in Calgary for one year. He worked in Calgary, Edmonton and B.C.
He and Eleanor were married May 21,1960. They lived and worked in Burnaby, B.C. until 1974.
Ted bought a farm near Drumheller in 1974 and moved his family to the farm. He was happy to be back in Alberta and farming again.
He was a mechanic by trade but also enjoyed wood-working.
In 2005 he semi-retired and moved to Nacmine. He enjoyed watching his sons and grandson continue farming.
Family was most important to Ted. The farm was the scene of many family gatherings and celebrations.
He supported his children and grandchildren in their activities and loved to watch their school and sports events.
He is survived by his loving wife of 61 years Eleanor, one sister Ester (Ray) Larsen, Sons Alan (Pauline), Gary (Lorri), Darren Stahl. Daughter Marlene Stahl. Six Grandchildren Nicole (Anthony), Tyler (Amanda), Trevor (Kia), Brittany (Brad), Sarah and Evan. Three precious Great-Grandchildren. Theo, Avery and Daphne. Many nieces and nephews.
He was predeceased by his parents Reinhold & Ida. Two brothers Leo & Elmer. One sister Alice, daughter-in-law Debra.
The family would like to thank Dr. Blackburn and Dr. Mateer for all the care and compassion to Ted. We would also like to thank all the nurses, LPNs and NAs that have cared for Ted.
We miss him so much and will always cherish the time we had with him.
Celebration of Life will be held at a later date.
Courtney-Winters Funeral home is in charge of arrangements. 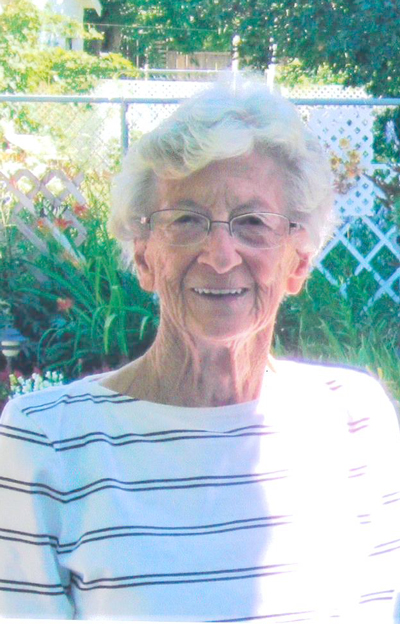 Judy completed her life’s journey at age 85, passing at the Drumheller Health Centre. Born and raised in Drumheller, she only left for four years to Calgary before coming back when she married Mike in 1956.
Judy grew up with her two sisters and three brothers in the house on 1st Street East, and had many Lefebre and Guterson aunts, uncles and cousins to gather with.
Judy had a variety of jobs through the years, starting as a teenager doing housekeeping at the original Drumheller Hospital and Nurses residence; People’s Bakery, AGT phone operator and Stedman’s Store. In 1959 Judy and Mike started their family, and was a stay-at-home mother until 1972, when she started volunteering at Central Elementary School. She was hired on permanently as a teacher-aide in 1973, assisting many teachers and students until retirement in 1998. Judy enjoyed her time there, remaining good friends with many co-workers - you know who you are.
Judy was a Bridge player with many groups over the years, and a longtime member of the Crown Jewels in Drumheller, enjoying the trips, laughs and socializing.
She loved a good book, and took pleasure in her yard and flower gardens. Judy and Mike and family enjoyed RVing through the years and the two of them looked forward to their yearly September golfing holiday after retiring.
Judy is survived by her daughter Tracy, son Michael, sister Joyce Brodie, brothers Harry (Marlene) Smith, Dave (Lynne) Smith, Tom Smith, many nieces and nephews, and close family friends, Flip and Ann Webster. She was predeceased by her husband of 63 years, Mike, infant daughter Judy Ann, her parents JMF and Nelly Smith, sister Gaye (Bob), in-laws George Brodie, Alva Smith, Pete (Clara) Bihuniak, Bill (Eva) Behuniak.
A Celebration of Life will take place at a future date.
Flowers gratefully declined. Donations in Judy’s memory can be made to Drumheller Area Health Foundation, The Lung Association or Canadian Cancer Society.
Thank you to Dr. Tlhape and all the wonderful staff at Acute and Palliative Care.