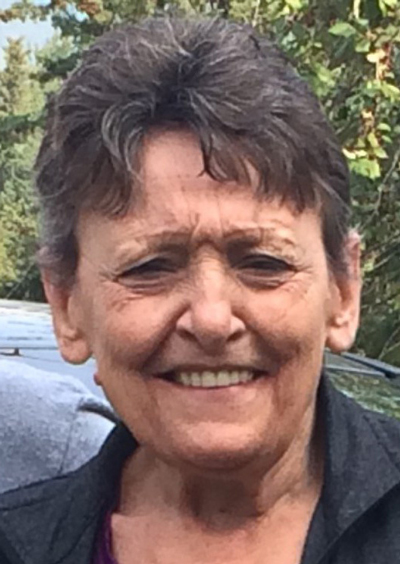 Della May Westerby (Dominick) of Drumheller, AB partner of the late Thomas Farmer passed away peacefully on Tuesday, November 1st, 2022 at the age of 69 years. Della was born in Calgary, AB but was raised by her parents Joe and Ann Dominick on a farm in Fernie, BC with her brothers.
She moved to Drumheller where she met her soulmate Thomas Farmer in 1991. Della’s greatest joys were spending time with family, travelling, puzzles, and movies as well as baking with her grandchildren. She was caring, compassionate and always loved a good joke.
Della was predeceased by her partner Thomas Farmer, her parents Ann and Joe Dominick and her niece Dina Dominick.
She will be forever loved and missed by her son J.J. Westerby (Jen) grandchildren Anna, Shayle, Taytum and Victoria. Her Brothers Dennis Keen (Sharon), Doug Dominick (Debbie) and Allen Dominick (Kelly) as well as nieces Julie-Anne, Denise, Brenna, Lindsey and Jessica and nephew Lewis.
As per Della’s wishes a formal funeral service will not be held. A small celebration of life will be held with family in Fernie, BC at a later date. Flowers are gratefully declined. Those who wish, memorial donations may be made to the Drumheller District Humane Society or Peggie’s Feline Rescue. 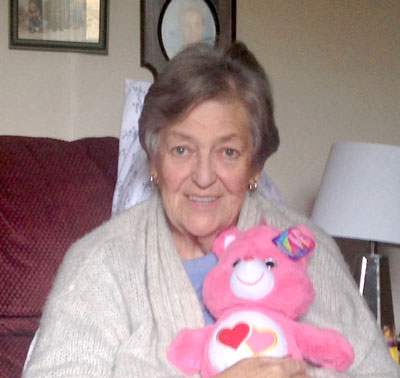 Shirley Ann Petrie Warkentin (Holowatiuk) of Calgary; wife of the late Edward Warkentin passed away peacefully on Sunday, October 23, 2022 at the age of 83 years.
Shirley’s greatest joy was to be with family, camping and travelling to Puerto Vallarta. She worked for Alberta Mental Health for many years as a Zone Administrator. In retirement, Shirley was a volunteer host at Carseland, Wyndham Provincial Park for many seasons along with her beloved Edward. In her final years, she took up dancing and volunteered where needed at Atria Senior’s Residence Arbour Lake, Calgary.
Shirley Warkentin is survived by her daughter Heather Warkentin (Cameron Rabel), her son Dwayne Warkentin (Shari); grandchildren Dylan Haines (Jennifer), Shelsey Ambrosi (Tony), Cass (Mike), Kate (Steve), Ryan Walker; great-grandchildren Hayleigh, Samuel, Carlo, Isaiah; sister Joan Eastland, brothers Bill and John Holowatiuk, as well as numerous nieces, nephews and their families.
Shirley was predeceased by her parents William and Margaret Holowatiuk, husband Edward, sons Darrell, and Troy.
Service of Remembrance to be announced at a later date.
Memorial Donations may be made to Rosedale Hospice infocalgaryhospice.ab.ca or Children’s Hospital Foundation childrenshospital.ab.ca
Courtney-Winter’s Funeral Homes are in care of the arrangements. 403-823-2666. 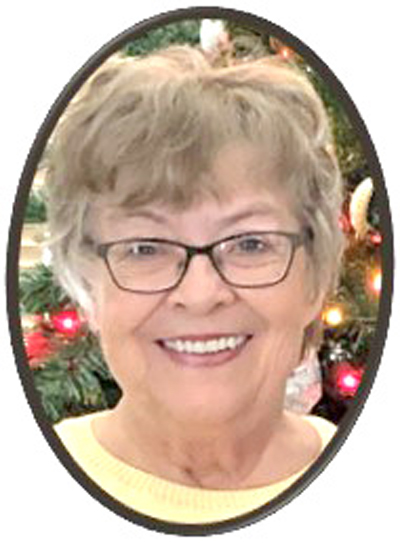 It is with profound sadness that we announce the passing of Judith “Judy” Eleanor Marquardt (nee Chambers), beloved wife of Richard “Dick” Marquardt, in the Crowsnest Pass on October 25, 2022.
Judy was born at Wayne, Alberta on May 17, 1943, first child of Elsie and Gordon Chambers, who farmed at Rainbow Valley in the Drumheller region. Judy often reminisced about playing and working hard on the farm with her buddy, little brother John.
Talented with both words and numbers, Judy attended business school in Calgary where she further honed her business writing, bookkeeping and secretarial skills.
Judy married the love of her life, Dick Marquardt, on December 9, 1961 in Drumheller, and they lived in Nacmine, Alberta and Thomson, Manitoba before moving to Coleman, Alberta where they raised their three children, Randi, Robbi and Rik.
Soon after moving to Coleman, Judy and Dick met their lifelong friends Nancy and Steve Tarcon.
Judy worked first at the cable plant, then at the credit union before becoming business administrator for the high school and later the elementary school in Blairmore. She helped raise funds to build the sportsplex and she and Dick supported local events including Thunder in the Valley through their company, Marquardt Tunnelling and Blasting.
Favourite pastimes included cooking and baking, gardening, sewing and knitting, reading, hosting family gatherings, dancing, stargazing, birdwatching, camping and travelling across Canada and through many US states. After retiring, Judy and Dick enjoyed their passion of travelling Canada from coast to coast, especially
touring small towns, meeting the people, and visiting their historical sites. They also travelled to Mexico several times and toured much of the United States, including extended visits to Alaska, Arizona and Hawaii and a cruise of the eastern states. Their favourite places were closer to home, especially the small towns in scenic Alberta and Saskatchewan.
Judy is survived by her loving husband Dick; sister Daphne (Dan) Orton; and brothers John (Annabelle); Tim (Ardyth); and David (Debbie); children Randi (Al) Berting; Robbi; and Rik (Tanya), as well as many nieces, nephews and cousins. She will be sadly missed.
Judy was predeceased by parents Elizabeth and Gordon Chambers, sister Terri (Cliff) White, nephew Nick White and close friend Steve Tarcon.