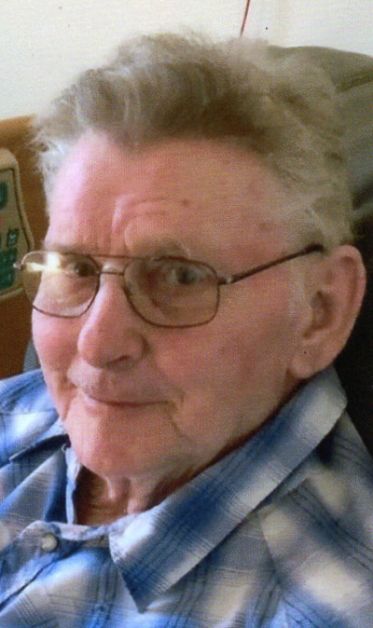 It is with deep sorrow and much love that our family mourns the passing of Bill. He passed away November 12, 2022 in Drumheller, Alberta at the age of 82.
Bill will be lovingly remembered by his wife of almost 60 years, Barbara and his daughter Donna (Leo) Johnson, son Kelly (partner Jackie). Four granddaughters Nichole Clayholt, Justine Berry, Mikaela Herd, Melissa Penner and step granddaughter Chelsea Cole. Four great grandchildren, Clara, Addalyn, Sloan and Oliver and two sisters, Kathy (Rob) Fletcher and Betty (Tom) Lewis. As well as numerous nieces, nephews and their families.
Bill was predeceased by his father John and his mother Elizabeth, three brothers, John, Corny, Walter and two sisters, Agnes and Anne. He was born in Rosemary, Alberta but grew up on the family farm in Gem, Alberta until he left at an early age to work in the oilfield. This job brought him to Drumheller where he met Barbara and from here went to Taber, Alberta. Upon leaving the oilfield, he returned to the farm for a few years and then moved to Drumheller where he operated a transportation business with semi trucks hauling grain and livestock. Bill also worked for the Alberta government as a bridge inspector mostly in northern Alberta, but did work on the East Coulee bridge. Bill opened Penner Shoe Sales and Repairs in Drumheller and repaired many soles for clients in and around Drumheller. Closing the store, he did handyman jobs until he was hired as coordinator/driver for the Drumheller Valley Bus. He enjoyed helping people and worked at this job until he retired. Bill enjoyed gardening and coached minor hockey, also going to the farm and on occasion would help with harvest.
Bill had a very deep involvement with the Elks and held the position of Exalted Ruler. He assisted in fundraising events in the community raising funds to purchase the first handi-bus and he called bingo at the Elks hall for many years.
A memorial service will be held at 2:00 p.m. on Friday, November 25th, 2022, at the Knox United Church, 195 3rd Avenue East, Drumheller, Alberta.
If so desired, please make a donation to the Heart to Heart Society of Drumheller, Box 162, Drumheller, Alberta
T0J 0Y0 or the Alzheimer Society, G5, 5550 45 Street, Red Deer Alberta, T4N 1L1 on behalf of Bill or feel free to contribute to any organization of your choice. 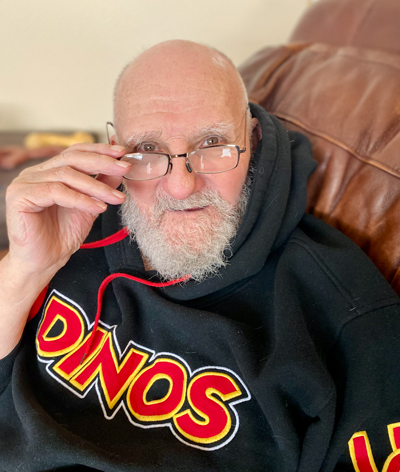 We lost our father, grandfather, brother, uncle, and son. William Thomas Downe, 79, unexpectedly passed away the morning of October 26, in his home. He was a man who saw the best in everyone and enjoyed his days most when they were spent with his kids or grandkids. He is survived by his two children Tina Cassidy (Cliff) and Alan Downe (Jennifer); grandchildren Aidan, Liam, Kaitlyn, Haley, Addison, and Alyssa; his mother Anne Downe; sister Carol Stalker; and brother Dave Downe (Annette). He spent his early fatherhood years as a volunteer in the town of Three Hills, involved in hockey and baseball, and was an active member of the Three Hills Kinsmen. His last few years were spent following the softball and volleyball adventures of his granddaughters, Haley, Addi, and Alyssa, via social media. Also, in recent years he loved attending basketball games to cheer on Aidan and Kaitlyn, and volleyball games to cheer on Liam. He loved explaining the details of their successes and games; and never tired of retelling the game! He also enjoyed almost daily conversations with his sister, Carol, and sharing about the happenings out in the country. Those days were filled with happiness and wonderful memories! He will forever be missed but is in a better place walking the streets of heaven, pain-free! Photos, memories and condolences may be shared with William’s family through www.evanjstrong.com 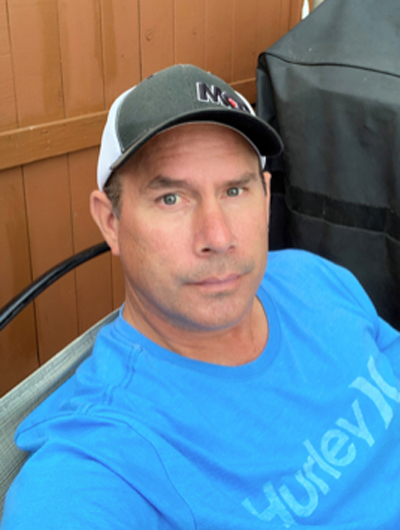 It is with the heaviest of hearts that we announce Todd Michael Brackley has passed away peacefully at his home in Lloydminster, Alberta on Thursday, October 27, 2022 at the young age of 46. Todd fought the hardest, most courageous battle against Leukemia (AML).
Todd was born in Claresholm, Alberta to David and Mary Lynn Brackley. Todd had two amazing children, Mason and McKenzie Brackley, who were his pride and joy… his entire world. Todd loved all sports, but especially Hockey and Baseball. He could spend hours talking sports to anyone and everyone, but watching his children play gave him the most joy of all. Todd would spend every moment he had with his children from shooting pucks, playing catch, watching movies, playing board games, or even just reading a book together. He cherished his time being a Dad and said it was the greatest accomplishment of his life.
Todd will be lovingly remembered by: his two young children, Mason and McKenzie; brother, Colin (Rielle); nephews, Carter and Ryllan; niece, Mollie; as well as numerous aunts, uncles, cousins, and more friends than we can count.
Todd was predeceased by: his mother, Mary Lynn; father, David; grandmother, Jennie; and grandfather, Winston.
Todd’s Celebration of Life will be held in Drumheller, AB on Saturday, November 12, 2022 at the Vintage Tap House starting at 7:00 p.m.
In lieu of flowers, memorial donations can be made to:
In Trust - Mason Brackley or In Trust - McKenzie Brackley, 1701 52Ave, Lloydminster, AB T9V 3K9.