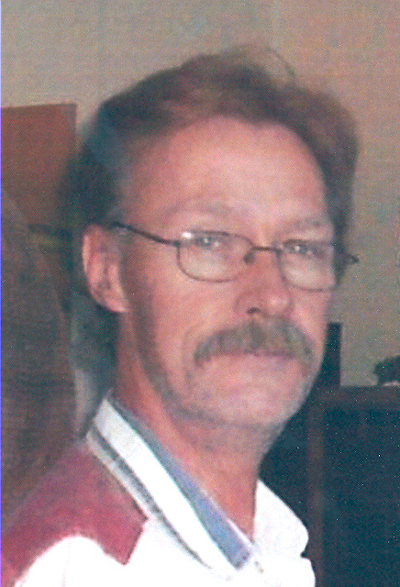 Mr. Lance Edward Peters of Drumheller, Alberta passed away at the Drumheller Health Services on September 5, 2021 with his family by his side at the age of 62 years.
Lance was born December 12, 1958 at Oakville, Ontario to Thomas and Margaret Peters. Lance took his early education in the Mississauga area. As the family moved around, Lance went to many schools until the family settled in the Drumheller Valley in 1976. Lance graduated from Drumheller Composite High School in 1977.
Lance worked the day liner for CN, he drove truck for Ceda, he spent 20 plus years driving truck for Hi-Way 9, he was self-employed for a short period of time trucking, he was last employed with Northern Mat & Bridge driving truck.
Lance married his soulmate Maureen, August 19, 2000, they spent 21 years together, taking many tropical vacations.
Lance was a gentle and kind man. He thought deeply about life and had his own opinions, he wasn’t one to share them. Lance was a very conscientious employee, he loved being out on the open road, we always said, “being a trucker must be in his blood”. He enjoyed working on his acreage, renovating his numerous properties. He will be dearly missed by his loving family.
Lance was predeceased by his oldest son Logan in 2017, his parents, his mother-in-law and numerous other family members.
Lance leaves to cherish his memory, his wife Maureen, his sons Lucas Peters, Leland Peters, Matthew (Beth-Ann) Schulz, granddaughter Adaline Schulz, brother Len (Linda) Peters, sisters Lynn (Dale) Goulder, Lisa Jacques, numerous nieces, nephews, cousins, family members and a lifetime of friends.
Celebration of Life for Lance will be held Sunday, September 12, 2021 from 2:00-4:00 P.M. at their acreage, 284066 Range Road 210 (Monarch Hill, last acreage on your right, or turn off of Highway 9 at Nacmine and it’s the first acreage on your left). In lieu of flowers, donations may be made to Cancer Research.
“Life’s Work Well Done”

On Monday, August 30, 2021, Verne Robinson, loving father and grandfather passed away at age 88. He was born October 14, 1932, at Drumheller, Ab to parents Percy and Nellie Robinson. He was raised on the farm east of Morrin, Ab along with his 7 siblings.
On June 10, 1960, he married Grace MacAlister and they made their home in Edmonton, Ab, where their 4 children were born. Lyle, Donovan, Lauren and William. He was proud Poppa of 10 grandchildren and 24 great-grandchildren.
Verne was predeceased by his wife Grace in 2008 and son Lyle in 2020. Also 3 sisters, Gertrude, Eileen and Leila and 2 brothers Earle and Cecil.
He is survived by all of his loving family including 2 sisters Vera and Marguerite.
A private service was held in his honour September 3, 2021 at Serenity Funeral Home, Edmonton Ab
“Well done, good and faithful servant”. 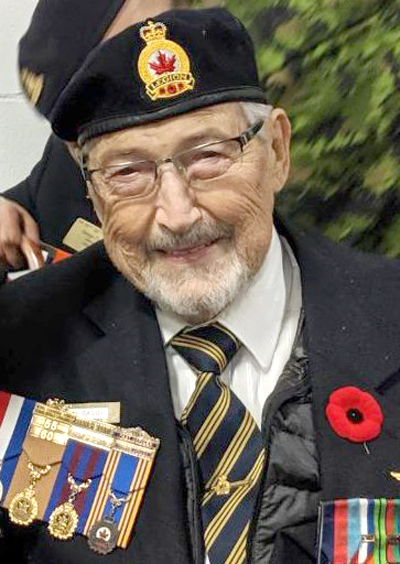 Stanley Charles Baird died on July 11, 2021 at the age of 97. Well done good and faithful servant, at peace walking with His Lord and Savior.
Stan was born in Calgary, Alberta. He joined the army in March 1943, and after training in Winnipeg, sailed to London, England on the RMS Queen Mary. Stan was an infantryman in the Pioneer Platoon of the Canadian Scottish Regiment. He wielded a rifle and flame-thrower, laid and cleared mines, and used other forms of explosives. During WWII, Stan participated in the Normandy landings, as well as battles at Falaise, Leopold Canal, Breskens, Rhineland, and Wagenborgen, among others. He celebrated his 20th birthday in a slit trench as the Lancaster bombers demolished the city of Caen, France. Stan returned to Canada in July 1945 to volunteer for the Pacific campaign, but the war ended during his brief leave.
Stanley transferred to the Royal Canadian Army Medical Corps. In 1949, he was attached to the Princess Patricia’s Canadian Light Infantry (PPCLI) in an airborne role, becoming the first medical paratrooper to receive his “Wings.” During the Korean War, he served as a
Medical Corporal with a mobile advanced surgical hospital. From 1955-1957, Stan was involved in a NATO peace-keeping tour in Germany alongside the British Army of the Rhine. In 1957, he became Ward Master at Winnipeg Military Hospital and in 1960, was in the Calgary Field Ambulance. In 1963, Stan was deployed to Gaza with the United Nation Emergency Force—from there, he served in Beirut and Cairo. In 1964, Stan received advanced medical training at the Canada Fleet Medical School at HMCS Naden in Esquimalt, B.C.
After retiring from the army, Stanley began his second career with the Correction Service of Canada. He graduated in hospital administration at the University of Saskatchewan and was soon appointed as Senior Health Care Officer in the Health Care Unit at Drumheller
Medium Security Institute. Stan developed programs and policies culminating in Drumheller’s first accreditation from the Canadian Council of Hospital Accreditation in 1978.
Stanley retired in 1984 and remained active with many community organizations and projects, such as: Central Alberta Co-op Board of Directors, Drumheller Health Centre Board of Directors, The Legion, and the Drumheller Cenotaph Restoration Project. On his 90th birthday,
Stan made his last move to Surrey, B.C. where he could walk out his patio door, smell the flowers, watch the hummingbirds, and snooze on his couch.
“The greatest use of a life is to spend it on something that will outlast it.” — William James
Stanley is predeceased by his wife Dorothy Baird, his son Alistair, his parents James Ephraim and Clara Hilda, and his three brothers: Charlie and Robert Baird, and Maurice Weaver. He is survived by four sisters: Iyla Brewster, Shirley Johnston, Georgia Zerr, and Irene Clarke, as well as several nieces and nephews.
A memorial service will be held on Saturday, September 18, 2021 in Surrey, B.C., and another will be held in Drumheller at a future date. If you wish to make a donation in honour of Stanley, please give to The Gideons International in Canada at gideons.ca.