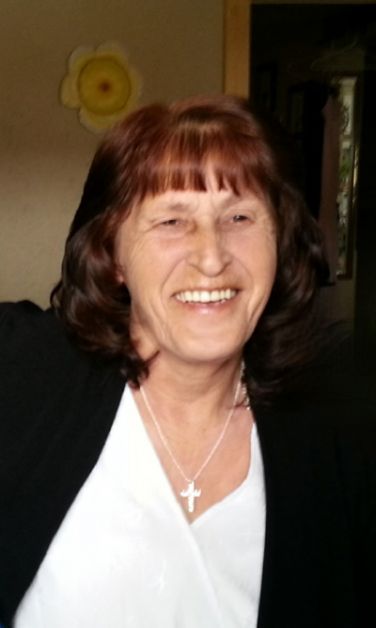 Diane passed away peacefully on September 11, 2022 after a courageous battle with cancer with her daughter and loved ones by her side.
Diane was a loving wife, mother, sister and Aunt. Mama loved her family, her flower gardens and her angels. She was everyone’s favourite Auntie.
She will be loving remembered by her daughter Kalinda and son-in-law Ron Milton. Her great-niece Taya Rose and great-nephew Taler were her everything. She also had a very special bond with her sister Dale and niece Felicia. She also leaves to mourn her loss her brother Melvin, sister Marilyn and many other nieces, nephews, family and friends.
Diane was predeceased by her husband Mathew; her parents Christopher and Helen Sieppert; brothers Lawrence (Joyce), Ed, Donald, Ronald, Rodney, Sidney, Jesse and Victor; sisters Vivian, Darlene, Linda, Shirley, Caroline and Rosie.
A special thank you to Dr. L. Olfert, Barb T, Dr. B. Randolph, Dr. A. Mateer and the nursing staff at the Drumheller Health Centre for your care and compassion given to my Mom over the past 2 months. Also thank you to Dr. Lau and Unit 46 nursing staff at the Foothills Medical Centre.
To Amanda, Tina and Sunday, thank you for being my rock, a shoulder to cry on and my family.
A Celebration of Life will be held on Saturday, October 8, 2022 at the Nacmine Community Hall at 11:00 a.m.
Alternative Funeral & Cremation Services in care of arrangements. 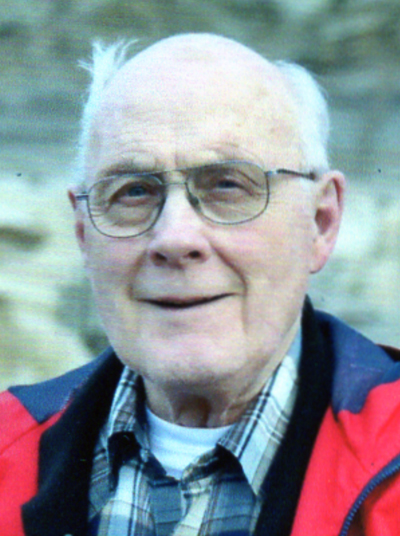 Jerry was born in Assiniboia, Saskatchewan to Bob and Retha Wiebe.
He was deeply loved by family and friends who remember him as a kind man and a wonderful storyteller with a fund of jokes to share. He loved people and would strike up a conversation with anyone. He had a beautiful smile and a twinkle in his eye. He loved to potter in his workshop with his grandchildren.
He is survived by Janet, his wife of 59 years; children Katherine Wiebe, Colin (Patty) Wiebe, and Heather (Dieter) Brandt; grandchildren Janelle (Cam) Louie, Isabelle Wiebe, Gabrielle Brandt, and Stephanie Brandt; and sisters Jane Katan and Dell Wiebe.
Jerry graduated from the U of A and taught school for 23 years. He also earned his painting certificate, and worked for five years at the Drumheller Penitentiary as a maintenance/painter/instructor. He also taught ESL mostly in evenings, and in between all of this and when he retired he did handymanning.
Service of Remembrance will be held Sunday, September 25, 2022 at 2:00 P.M. at the Knox United Church with Reverend Rachel Nadon officiating. In lieu of flowers memorial donations may be made to Drumheller Area Health Foundation (Recreation Department - Continuing Care) or the Alzheimer Society of Alberta and Northwest Territories.
Our many thanks to the staff and recreation department at Drumheller Continuing Care, both Coalbanks and Pioneer, for their kindness, patience and general service.
Many thanks also to Jerry Beskowine and Ann Horn who both visited Jerry for many years. 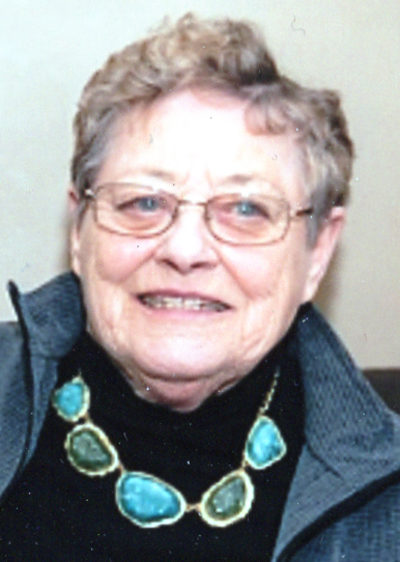 It is with great sorrow we announce the passing of Jean (as she liked to be called) a mother, grandmother, great-grandmother and friend.
She was the 4th child of Calvin and Viola Bailie. She grew up in the Morrin, Alberta area where her father mixed farmed and raised racing horses. Jean was an avid horse rider as a child, loved to be outdoors and was very athletic. She attended Morrin school until grade 9 and finished high school in Drumheller staying at the Dormitory on weekdays. In her late teens, Jean met the love of her life, Douglas Blanchett at a dance, wasn’t long, they were married and had 5 children. But in 1962 tragedy struck the young family as Doug was killed in an industrial accident.
Later Jean and Ben Naegeli (a friend of the family) decided to marry and remained married for 46 years until Ben’s passing. Jean partook in many athletic activities such as bowling, baseball and coached the Midland girls, golfing, swimming, water skiing and loved most sports. But I guess you can say curling was Jean’s sport. She was passionate about it, she belonged to the Drumheller women’s league and would practice at every opportunity and bonspieled all over the country, in fact, her team (Jean as Skip) competed and won in
the Southern Alberta Curling Games in 1989. Her enthusiasm for curling was evident to everyone who knew her and mentored many young women in the sport. She was also a member of the Royal Purple and served a term as chair of the lady’s auxiliary. In 1978 Jean and Ben moved to an acreage outside of Munson and lived there for over 30 years. Together Ben and Jean became avid gardeners and, along with son Curt and daughter Sherry, they grew tomatoes, peppers and cucumbers in two large greenhouses and sold the produce at the local farmer’s markets, grocery stores and local restaurants.
This love of the outdoors and gardening has been passed on to her children and her grandchildren. Many families discuss politics or religion, her family discussed “gardening”. As Jean grew older and moved to town, she had the opportunity to join the Senior’s choir and the Pioneer Trail Centre in Drumheller. She loved music and enjoyed being a member of the choir. As a member of both groups, she was able to expand her friendship circle and was so disappointed that the pandemic disrupted these hobbies and friendships. Jean was a pillar of strength, patience and love, she always had a twinkle in her eye and her laugh was contagious.
Jean leaves to mourn, her sons, Curtis Blanchett (Dianne), Gregg Blanchett, and Kevin Blanchett (Shelley), 10 grandchildren, Jennifer Allen (Jonathon), Christopher Carr (Shannon), Michelle Sinclair (Barry), Michel Blanchett, Erin Walton (Tyler), Mathew Blanchett, Michell Blanchett, Mary Taylor (Don), Katie Cheyne (Ryan) and Kacey Blanchett (Joe) and 17 great-grandchildren, Aodhan, Conor, Ruairi, Jacob, Johnathon, Owen, Anthony, Abby, Matthaius, Madilynn, Olivia, Bennett, Blythe, Colson, Colton, Rylee, Asher, brother Don Bailie and numerous nieces and nephews Jean was predeceased by her two husbands, Douglas Blanchett and Bernard Naegeli, Daughter Sherry Carr and Son Rick Blanchett and Granddaughter Athena (Tina) Blanchett, Brother Stan Bailie and Sisters Doreen Poole and Marion Faulks.
The family wishes to thank Dr. Dayo, Dr. Amanda Randolph and the outstanding team at the Drumheller Acute and Continuing Care for the wonderful care up to Jean’s last moments of life.
A Celebration of Life for Jean will be held Saturday, September 24, 2022 at 11:00 A.M. at the Knox United Church, interment to follow at the Drumheller Cemetery. Luncheon will follow at the Midland Community Hall (Midland). In memory of Jean, donations can be made to The Drumheller Salvation Army, The Pioneer Trail Center or to your own choosing in lieu of flowers.
Courtney-Winters Funeral Home in care of arrangements 403-823-2666.