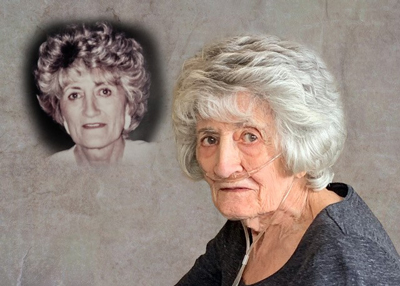 As a family, we are sad to announce that Janet Louise Nicklom lost her long, hard fought battle with COPD on December 25, 2021, at the age of 80.
Janet was born in 1941 in Galahad, AB and spent her childhood in Big Valley. It was here where she met her husband before they moved on to Drumheller in 1962. Drumheller would become her home until her condition required a relocation to Calgary in 2021.
Due to her mother’s ailing health, Janet assumed many responsibilities early in life that contributed to her remarkable resilience and work ethic. Janet put family above all else, always made sure her loved ones were well taken care of and was thought of as a mother figure to many of the young people who came into her life. She will be lovingly remembered for her “all-you-can-eat” waffles, her fried bread dough, annual buckets of poppycock, and the many garments she lovingly created as a self-taught seamstress. Janet had a deep passion for the Calgary Flames (except for Backlund). She and her husband Norm enjoyed spending time in the outdoors camping and fishing, especially in the first two weeks of spring when the cotton was flying. Janet and Norm often travelled to Las Vegas to enjoy the casinos, but she was not picky, she enjoyed the casino regardless of where it was.
Janet leaves to mourn her loving husband Norm Nicklom; her children Mark (Michele) Nicklom, and Debbie (Bruce) Schinnour; her grandchildren Randy (Laura), Kacey (Shaun), Ashley (Grady), Mitchell (Liz), and Tyler (Ashley); her great-grandchildren Madison, Jaide, Wyatt, Emerson, Emily, Callen, Reneh, Blake, Rowan, Bella, Lilah, Tessa, and Beau; her sister Donna; her sister in-law Barbara; and her former daughter-in-law Sandra. Janet is pre-deceased by her mother Elizabeth, her father Lester and her siblings Doreen, Donald, Phillis, and Elmer.
At Janet’s request there will be no funeral. Family and friends will be invited to a celebration of life at a later date. In lieu of flowers, the family asks that donations be directed to the Alberta Children’s Hospital, an organization that was close to Janet’s heart. Link: https://my.childrenshospital.ab.ca/give/308064/#!/donation/checkout 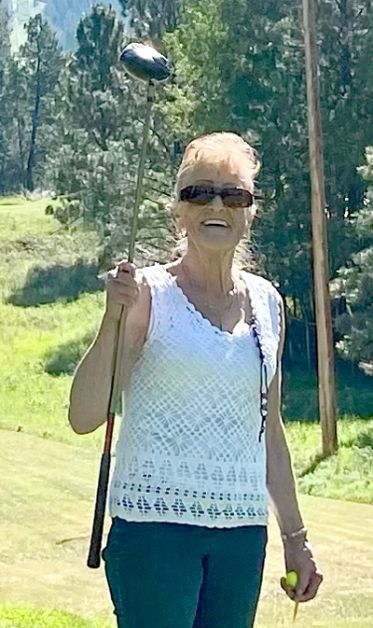 Mom was called home by her Lord and Savior, Jesus Christ, December 21, 2021. As difficult as it was for her to leave us all behind, she was excited to finally meet Him face to face. A better mother, sister, and friend would be difficult to find and she will be missed by all that knew and loved her.
Later in life, Mom discovered a love for golf. She found great joy in the game and especially enjoyed meeting her brother, Bob, for a round in Trochu. Those brother-sister rounds were full of light-hearted verbal sparring, but the day always ended with a loving hug from her baby brother and they looked forward to meeting for the next round.
Predeceased by the love of her life and husband of 54 years, Clarence; brother Jim and sisters Karen, Bell, and Barb, and grandson Cody. Mom is survived by her three children - Derek (Debbie), Brad (Deborah), Dana (Tim); sister Donna, brothers Robert (Connie), and Bryan (Flo), and her sister by heart, Paige Olsen; grandchildren - Sara, Brittney, Rachel, Brady, John and Jessica, and two beautiful great-granddaughters, Charlotte and Hadley.
As per mom’s request, a private graveside service will be held at a later date at which time both mom and dad will be laid to rest together. In lieu of flowers, please consider making a donation to the charity closest to your heart. 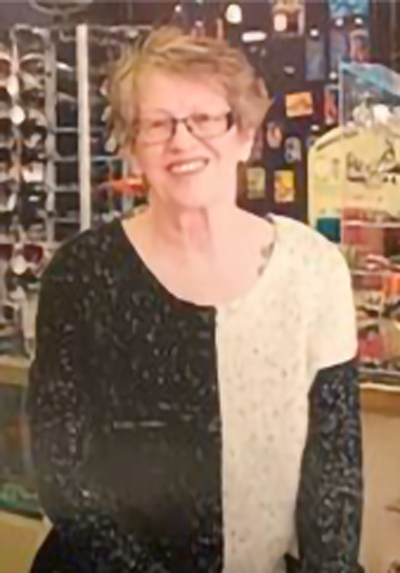 It is with heartfelt sadness, Rosemary “PAULA” Bracken 75 years young, born in Saskatoon, Saskatchewan July 02, 1946, long time resident of Drumheller, Ab. followed the light on December 12, 2021 to be reunited with her parents, 3 brothers and sister. Paula enjoyed her family, friends, volunteering at the local Salvation Army and Humane Society of Drumheller, AB.
Beautiful Mama, with her “Sweet, Sassy & a whole lot of Spice” personality will truly be missed by all. Survived by her husband Frank, her unconditional love will be forever missed by her daughters, Susan, Tanya, and Wendy, as well as several grandchildren & great-grandchildren.
The family wishes to thank all of those who cared, supported and encouraged Paula over the last several years. Your support and endless love will never be
forgotten, from our hearts to yours.
Donations may be sent to the Humane Society of Drumheller in lieu of flowers.
There will be a quaint, private celebration of life for Paula to follow in 2022.