Condolences to the family of Donald (Don) Engler | DrumhellerMail
12032022Sat 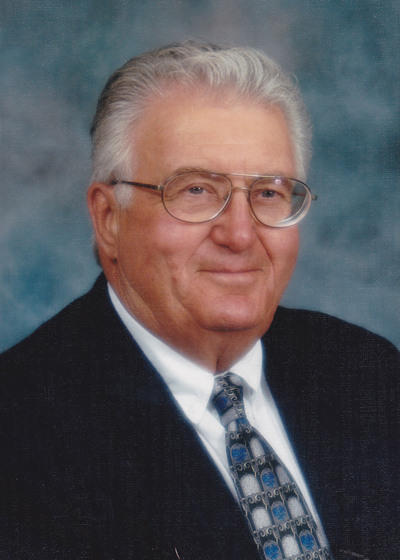 Donald (Don) Engler passed away peacefully with his family at his side on August 8, 2022 at the age of 88. Beloved husband of Teresa. Loving father of Ken Engler, Donna Godun and Gary (Sara) Engler. Cherished grandfather of Laura, Ryan and Megan. Lovingly remembered by his brother Max Engler; sisters Maxine Ansell and Peggy Stirr, brother in law Don Nolin as well as numerous nieces, nephews and their families.
Don was predeceased by his parents, Anthony and Mabel Engler; sisters, Betty Campbell and Fay MacKay; son-in-law Terrance Godun, brothers-in-law Steve Stirr, Court Campbell, Austin MacKay and Bob Knowles; sisters-in-law Betty Engler, Shelia Nolin and Geraldine Knowles; niece Cheryl Laing and nephew Scott Campbell.
Born to Anthony and Mabel Engler, on August 29, 1933 near Lancer, SK, Don was the third of six siblings. After his father joined the army during WWII their family left the farm and moved to Swift Current. This is where Don spent most of his school years, attending Elmwood School and then St. Patrick’s. He followed in his father’s footsteps and went on to serve his country, enlisting in the Navy in 1951. Don took a job as lineman for Saskatchewan Power where he met the love of his life Teresa Skotheim. They were married in Prince Albert on Christmas Eve in 1964. Don was a husband and father first and worked hard to provide for his family. His work brought his family to Thompson, Manitoba, in 1969, where he was a gas fitter, then back to Alberta in 1973 where he worked as an Inspector for the National Gas Rural Pipelines. The family eventually settled in Drumheller, in 1977, where Don worked for Nova until he retired and started his own pipeline inspection company until 1999. Don filled his retirement years travelling with his wife, spending as much time as he could with his friends and family and creating memories with his grandchildren.
Anyone who knew Don knows that he always made you feel welcome in his home and had many colorful stories at the ready to keep you entertained. He will be deeply missed by his family, friends and all who knew and loved him.
A memorial service will be held at 2 pm, on Monday, August 22, 2022 at Courtney Winters Funeral home, 199 2 St W, Drumheller with a luncheon to follow at the Midland Community Hall.