Condolences to the family of Richard Douglas Wolf | DrumhellerMail
12032022Sat 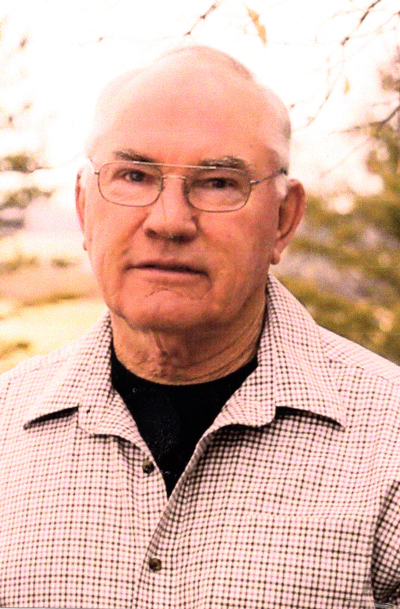 It is with great sadness that Diana and family announce the passing of Rick in the Drumheller Regional Hospital after his two year battle with cancer.
Rick was the third child of Adam and Nina Wolf and grew up on the family farm at Morrin. After high school, Rick worked various jobs and then decided to go back to school at Vermillion College and take Renewable Resources Technology. After working with nuisance bears for the summer of 1974 an opportunity to farm came up at Morrin so he decided to come home, farm and marry Diana Martin. Over the early years, Rick worked various jobs in the community to subsidize the farm. In 1988 he became an adjuster for Alberta Hail and Crop Insurance (now AFSC) which he enjoyed until 2002. Rick had an interest in taxidermy, as did his father, so he took a course in 1997. From this he created a successful business, Red Wolf Taxidermy, where he met people young and old from far and wide. His work can be seen all over Alberta, Ontario, the USA and Korea.
Rick was a quiet thoughtful man who had great work ethics, enjoyed hunting, fishing, curling, the Toronto Blue Jays and the Seattle Seahawks. He also enjoyed trips with his wife to Las Vegas, Fairmont, B.C., and camping with family and friends. When at home, after work, you could find him having a beer or two at “Happy Hour” with family, friends, or the cats in the shop or in the summer under the big tree in the yard. One of his greatest joys was teaching and working with his great nieces Caitlin and Nicole over their summer months. He will be truly missed for his quiet ways and understanding.
Rick is survived by his wife Diana, sister Linda (Keith) Larsen, brother Donald Wolf, sister Marilyn Weisse, brother-in-law Terry Martin and brother-in-law René Gaucher. Nephews Troy (Lisa), Darren (Tracy), Jason (Christine); Nieces Denice (Paul), Kim (Chad) Kaufman; Celina (Chris) Campbell, Lisa and nephew Justin.
Great nephews and nieces Colton, Jessica; Caitlin (Devon), Nicole; Donavon, Riley, Tanner, Terri, Anthony; Christopher, Nicholas, Mikayla, Brooklyn; Claire, Cameron and Cory. Cousin Mary Kaiser who thought of him as the “best man” ever and all the friends young and old he has made over the years.
Rick was predeceased by his parents Adam and Nina Wolf, brother and sister-in law David and Sandy Wolf and in-laws Ole and Alice Martin.
At Rick’s request, there will be no funeral service. Anyone wishing to do so, may donate to The Friends of Morrin School, Morrin Agriculture Society or a charity of your choice.
Courtney-Winters Funeral Home in care of arrangements. 403-823-2666.