Condolences to the family of Roger Eccleston | DrumhellerMail
06152021Tue

Details
06 May 2020
Written by DrumhellerMail 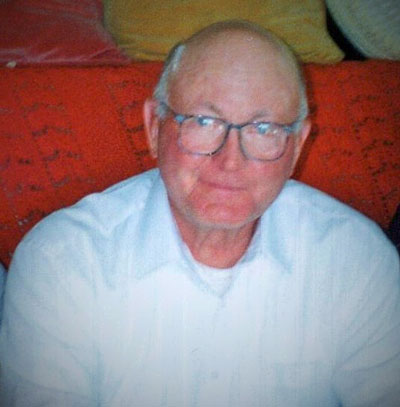 It is with great sadness that our family announces Roger Eccleston’s passing. He passed away peacefully in his sleep on April 24, 2020 at the age of 86.
Roger is survived by his brother David and sister-in-law Glory, his sister Marilyn and brother-in-law David Worman, his three nieces, Kerry (Devin), Alana (Steve), Deanne (Chris) and his grandnieces and grandnephews Lyla, Drake, Sierra, Amelia, Owen and Parker as well as his relatives and friends.
Roger was predeceased by his parents, Roger Eccleston Sr. and Margaret (Schaffer) Eccleston, and his soulmate Jackie MacGregor.
Roger obtained his schooling in Drumheller and completed his Journeyman Certification in Carpentry at SAIT. He was an accomplished carpenter excelling in Heavy Construction as well as finishing carpentry.
Roger lived a full life with a successful career in the construction industry working in many different areas including Alaska, California, Hawaii, British Columbia and Alberta. He particularly enjoyed the many years of
camaraderie he shared with his brother David operating Eccleston Brothers Construction and “cruising” the
highways together in their retirement.
Roger enjoyed playing the guitar and singing, oil painting, writing and telling stories, weightlifting, playing golf, watching hockey and especially football as he played for the Calgary Broncs and Regina Rams in his earlier years.
Roger admired his nieces and their children and received great joy from their visits and keeping him informed of their activities.
The family wishes to extend thanks to Roger’s care givers for their patience, kindness and care through his illness. Special thanks to Dr. Thlape for his understanding and gentle guidance, to the Drumheller Hospital Staff, Home Care Service providers, Jan and Jim Milman, Jenny and Jessica. Thanks to the Grace House Odd Job Squad for keeping up the yard maintenance.
A celebration of life will be held at a later date when family and friends will be able to gather together to
remember Roger.
Flowers are gratefully declined.
Arrangements in care of Courtney-Winters Funeral Home 403-823-2666.