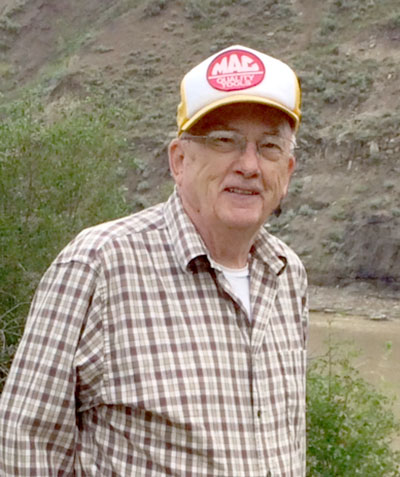 On April 9, 2019, Babe passed away after a battle with cancer at the age of 83. He was born March 28, 1936, in Drumheller and grew up in Midland. He was an avid outdoors man, earning the nickname Hawkeye for his hunting abilities. A tireless worker, Babe owned gravel trucks in his youth, then spent 25 years at the parts counter of Excelsior Motors, at which he earned the Rotary Club’s “Most Courteous Employee” award in 1979. After moving to Campbell River, BC in 1988, he returned to driving trucks, working for Island Highways for six years after which he retired and moved back to Drumheller. Aside from hunting, fishing and camping Babe loved tinkering in the garage; going for walks with Dawn; baseball, he coached Darren’s little league teams and never missed a Blue Jays game; old time Country music; and western movies. Babe was especially fond of his grandchildren, entertaining them with his quick wit, dry sense of humor and bestowed upon each of them a special nickname. Babe is survived by his daughter Dawn Oxbury, her children Nicole (Steve) Cronkhite-Cale, Corey (Jody) Cronkhite; son Darren Oxbury, his daughter Drake Oxbury; brothers John and Arthur, sister Lin and numerous nieces nephews and extended family. Babe was predeceased by his best friend, fishing partner and father John Oxbury; his mother Olive Oxbury; wife Jean Eileen; sisters-in-law Anne and Linda; and daughter-in-law Debra Oxbury. As per his wishes, no formal service will take place.