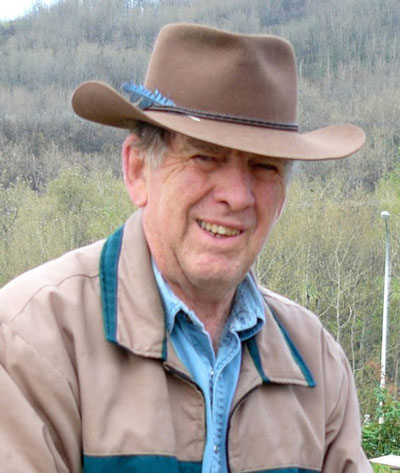 Leslie William Mashon was the eldest child born to Bill and Dorothy Mashon on June 7, 1941 in Hanna, AB. He was raised near Dorothy, AB with his 3 siblings. Leslie attended school in Dorothy, AB and later drove the school bus and helped on the family farm. He also took part in building the Amerada plant. Les married Alice Crawford on June 2, 1967, they bought a farm and moved there in 1974, Les resided there until his recent passing. They raised 2 girls, Sharmon Lesley and Shannon Alice. He formed his own oilfield business and continued to work in the oil eld business up until about a year ago, as well as farmed. Les loved his work! Les enjoyed life, he loved to socialize. He had many hobbies, some of which were hunting, travelling, camping, woodwork, wood carving, he was very mechanically inclined and loved to tinker on projects. Les was predeceased by his parents Bill and Dorothy Mashon as well as his sister Louise Ann Erickson. He is survived by his wife Alice, daughters Sharmon(Gord) Hutton, Shannon (Duanne) Veno, Grandchildren, Je ery (Heather) Hutton, Brandon (Michelle) Hutton, Austin Veno, Shelby Veno, Levi Veno and Heidi Veno. Great Grandchildren, Clayton and Brooklyn Hutton. Brothers, Richard (Carrie) Mashon, Kenneth (Shirley) Mashon, Brother in laws, Bruce Erickson and Don Gordon, Numerous nieces and nephews. Many will certainly remember Les by the tilted hat, great smile, his gentle heart and helping hand. Les passed away December 12, 2018 in Drumheller, AB. Funeral services were held Monday, December 17, 2018 at 2:00 P.M. at the Church of the Nazarene.