Condolences to the family of Amanda Elizabeth Long | DrumhellerMail
05272020Wed 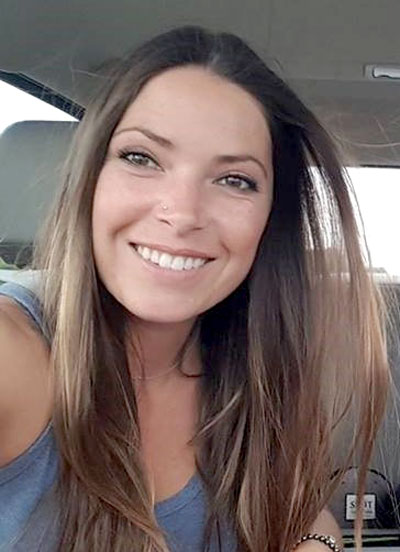 Amanda Elizabeth Long, age 34, passed away at St. Michael’s Palliative Care, in Lethbridge, Alberta at 4:46 a.m., July 26, 2018. She was surrounded by her two daughters, Ava and Brooklyn, husband Tyler, her brother David, her sister Candida, her mama Marie and dad Glenn, as well as her niece Meadow. Amanda was born on March 12, 1984 in Drumheller, Alberta to Marie (Fayant) and Glenn Grenier and was the youngest of three children. Growing up, Amanda wanted to try as many things as she could and she did. She especially loved dancing, her cats and exploring wherever she went. From a very early age, Amanda was an independent, caring, loving, thoughtful, sentimental and courageous individual. Amanda was beautiful inside and out. All of Amanda’s traits truly blossomed when she met her husband Tyler. Being a mother and a wife became her first priority and she excelled at it. Amanda and Tyler married on July 7, 2007 in Banff and had 2 beautiful daughters. As a family, they took trips to Kuaui, Disneyworld and Costa Rica. Camping trips, biking and hiking through the mountains and in the winter, skiing and snowboarding were some of the many important ways to Amanda for strengthening family ties. Family was the most important thing to Amanda and she tirelessly worked and planned to keep it that way. About a year before Amanda started getting sick, she was enrolled in a program working toward getting her GED and Business Administration. She was so proud of her high marks and like everything else Amanda set out to do, she would have succeeded. Amanda leaves behind her two daughters, Ava and Brooklyn, husband Tyler, mama Marie, dad Glenn, brother David, sister Candida, nieces and nephews, as well as Father and Mother-in-law, Wayne and Karen Long, brother-in law Jason. Also, aunts, uncle, cousins and grandma Isa Grenier. Amanda was predeceased by her maternal grandmother Alma Jean Fayant and cousin Scott Heptonstal. Amanda’s wishes were to be cremated which took place on July 30, 2018 at Cornerstone Funeral, Lethbridge, Alberta. The family invites friends and others whose lives Amanda touched to a Memorial Service Friday, August 3, 2018 at 2:00 p.m. at Courtney-Winter’s Funeral Home, 199 2nd Street West, Drumheller, Alberta.