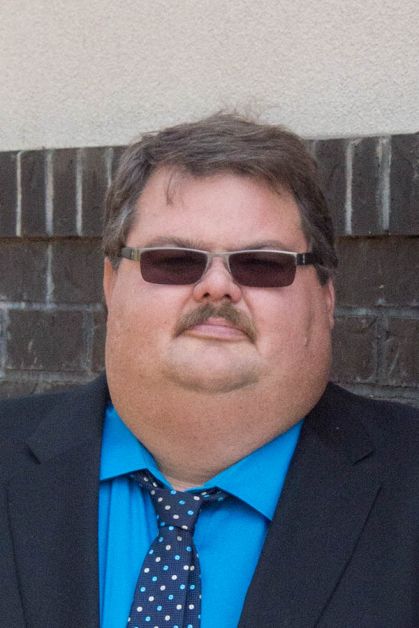 Starland County, much like the rest of the world, has had an incredibly eventful year. It’s unfortunate many of the developments posed challenges for the county, but once again, our staff and residents stepped up to meet the challenge.
At the start of the year, all eyes were on the construction of the new combined office and shop located on the old CN Rail Lands in the north end of the Village of Morrin.
Construction began in 2019, with planning going as far back as the early 2000’s. The building was finally completed in August of this year, with staff moving in shortly after.
We are pleased to report the building has lived up to our expectations and opens the door to bringing more work in-house for our shop staff.
The building also includes space for Big Country Gas and our ATB branch. It has been designed so community groups can make use of the extra meeting and presentation space. We designed the building to be a great asset for our community going forward for a long time and we look forward to hosting a community open house sometime in the new year.
Financially, this has been another challenging year as the economic downturn continues.
The COVID-19 pandemic led to some difficult decisions being made by council in order to ensure Starland County doesn’t take on the kind of debt that could hinder our operations for years. Public works, recreation and agricultural services operations were severely reduced while a number of positions went unfilled. Several staff did their best to fill in for all the vacant positions and tried to keep up with the needs of the county.
We would like to thank the staff for doing their best in these difficult and abnormal times. Council would also like to thank the residents and businesses of Starland County for their help in these trying times. Many of our businesses and residents have had to deal with services which are less than ideal and, in some cases, residents have actually helped in providing some additional services.
This year has been hard on our ratepayers, just like it has been on us, and we are proud of the way our community came together. Looking to 2021, we are hoping things might get back to something that looks normal. 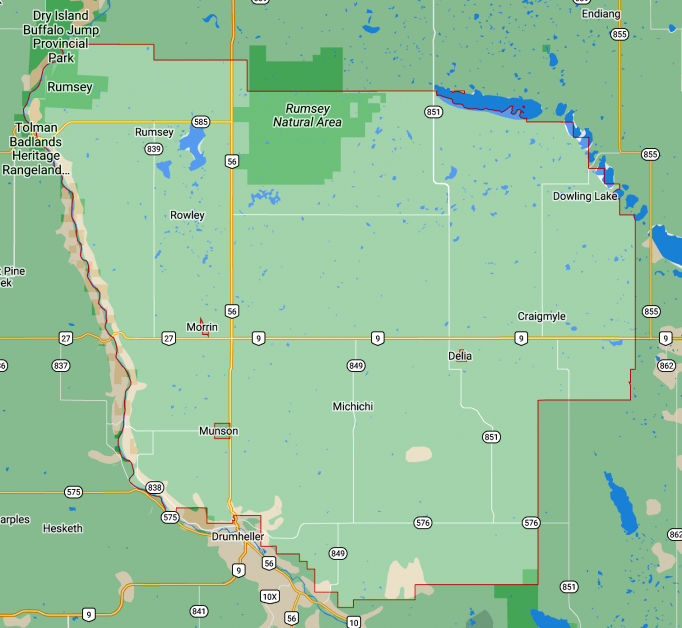 Starland County’s road and bridge network needs attention and our capital program will be focused on this area. We are also planning on replacing the waterline coming out of Drumheller which feeds our CLV Water System. This will be covered by the Municipal Operating Support Transfer (MOST) grant from the Government of Alberta. Depending on how our final budget comes out, we are also planning on increasing our summer staff to address many issues around the county we were too short staffed to get to last year.
Finally, we are also anticipating crushing our own gravel in the new year in order to reduce costs. We have begun the process of opening a pit which was purchased years ago in order to provide for our own gravel needs. The savings are expected to be substantial and will be used to invest in our community infrastructure.
Council is looking for input going forward into the new year, with public consultation in the form of a survey. We are excited to get feedback on services and priorities from ratepayers so we can work towards the best interests of our community.
Council will continue to advocate for our residents on all local and provincial issues.
Council would like to wish everyone a Happy & Healthy New Year and look forward to working hard for all of you in the new year. 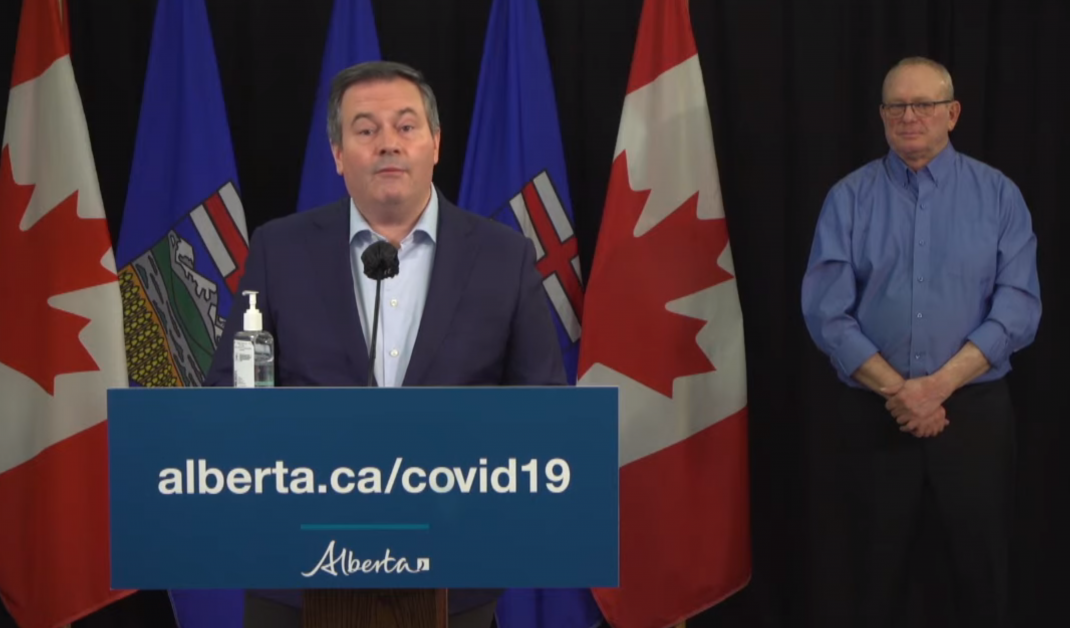 Current COVID-19 restrictions will remain in place for another two weeks, with the exception of in-person learning at Alberta schools.
Premier Jason Kenney made the announcement at a news conference on Thursday, January 7.
According to a press release, while students will return to in-person learning on Monday, January 11, all Albertans, businesses, organizations, and service providers must continue to follow existing health measures until at least January 21. Active evaluation of the latest public health data is underway and will be used to re-evaluate the current level of restrictions over the coming weeks.
“The health measures that were put in place in December have helped to reduce the number of active cases, but it’s not enough,” said Premier Kenney. “Case numbers, hospitalizations, and testing positivity rates remain high. We will be carefully evaluating the data over the coming weeks to determine what options we have to give Albertans back more flexibility in their lives, and give businesses a chance to reopen. But the worst thing we could do would be to increase the chances of another surge, which would threaten our health-care system again and require more restrictions. We must be careful and deliberate, and avoid the roller-coaster of uncertainty that a new surge would create.”
Businesses, organizations, and service providers will be given at least one week’s notice before changes to the current health measures that may affect them. The government will continue to consult with affected industries.
“These mandatory measures are in place to slow the spread of COVID-19, and we are not yet in a position to remove or reduce them. Keeping these measures in place means we are again asking Albertans to make sacrifices—but they are necessary to protect our province,” said Dr. Deena Hinshaw, Alberta’s Chief Medical Officer of Health. “We all have the power to make individual choices to follow the health guidelines and help protect our loved ones, colleagues, and neighbours. We are asking you to keep making those good choices.”
The decision to return to in-class learning is based on the latest evidence which shows, prior to the winter break, new case rates in schools plateaued and then dropped in December once restrictions on social gatherings and group activities were in place.

The Alberta Government has expanded and bolstered its Small and Medium Business Enterprise Relaunch grant to help the small business sector react to the COVID -19.
Early in the pandemic, the Alberta Government launched the program in June and offers financial assistance to Alberta businesses, cooperatives, and non-profit organizations with fewer than 500 employees that faced restrictions or closures due to public health orders. Originally the government injected $200 million into the program. With this recent announcement, they have increased the budget to $500 million.
The original program offered funding up to $5,000 in the initial offering. The recent announcement offered another $15,000 to businesses up to $20,000.
Parliamentary Secretary for Small Business and Tourism and MLA for West Yellowhead Martin Long tells the Mail the program recognizes the need of small businesses.
“With the increased measures that have been announced, we know that is having more of an impact on small businesses in particular,” said Long. “We figured this is the right time to reach out and provide a bit more support, it actually quadrupled the support of the province.”
“With the vaccine starting to be distributed this week, we are just hoping to get these businesses get to the next part of this journey.”
While the vaccine has been rolled out, Alberta is still seeing new COVID-19 cases every day.
Long says the initial uptake of the program was in the area of $65 million of the $200 million budget. About 17,000 businesses took advantage.
“It was well-received in the fact, unlike a lot of programs that had been announced previously, this grant, you didn’t have to go back a year to compare loss of revenue, you could go back to January and February of this year,” he said.
Additionally, the program is now expanding to include job creators who have experienced a 30 per cent revenue loss due to the COVID-19 pandemic. This lowers the threshold from the existing requirement of 40 per cent revenue loss. The 30 per cent threshold will be available to impacted businesses retroactive to March.
He said one of the hardest-hit sectors was tourism.
“Tourism was particularly impacted immensely, not strictly from a provincial standpoint, but a global standpoint,” he said.
“I want to express my appreciation when we had an easing of restrictions through the late spring and summer, Albertans actually got out in the province and saw the province for the first time… they did a part in helping out hard-hit tourism operators this summer, and kept spent money at home which was a huge help.”
The closing date for the program is March 31, 2021.
He says there are businesses out there that are choosing to go without the offered support.
“I talked to people a few months ago who have purposely not applied for any government programs, federally or provincially, because they are small business owners and they shared with me that they knew the risk getting into small business and they don’t want government handouts,” he said.
He hopes the province is turning the corner.
“I hope we are seeing the light at the end of the tunnel with the vaccine, and the control measures, we are confident Albertans are all going to be on board and do their part in this to bring down those numbers and ease the burden on our health care system,” he said.