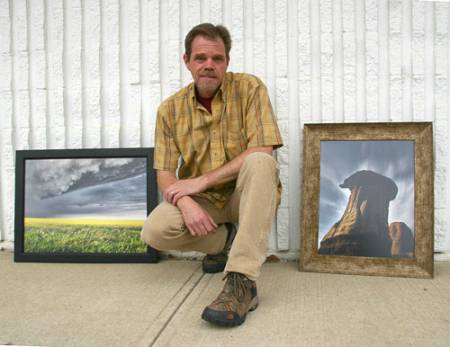 A Drumheller man’s photography is turning heads, locally, provincially and internationally.
About five years ago Darryl Reid took his photography to the next level, going from a hobby to craft at the urging of friends. He has stepped out into the photography world, and it appears that it has begun to pay dividends.
His work received a special commendation from a jury of the 2010 Sony World Photography Awards. This means he was in the top 50 entered in the landscape category. This is one of the most prestigious photography contests in the world, and quite a feat as there were more than 45,000 entries overall in the contest.
The photo chosen is entitled 'Carved in Sand', and it is a long exposure of the hoodoos taken at night, using only natural light. This is one of Reid’s favourite techniques.
“With a long exposure, details you can’t see in the dark begin to come out,” he said.
With international success, he is humbled, but also proud of another work that was shortlisted by the Visual Arts Association of Alberta.
This photo, entitled 'Crop Buster' is a dramatic capture of an anvil cloud. His work will be on display with other selected works in Edmonton this summer.
Many may already be familiar with Reid’s work, as he was featured the Drumheller Public Library in May, and he will have another exhibition in August. His entry in the Sony World Photography Awards will be published in a book with other selected works from the contest in the near future. 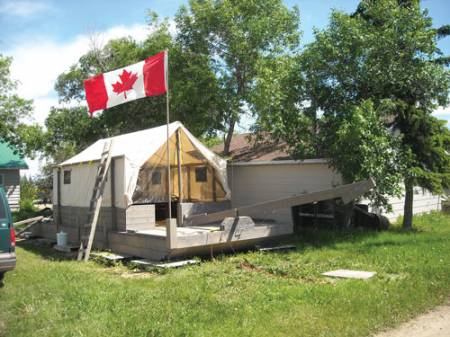 One of the Royal Tyrrell’s fossil preparation technologist has been working for almost a decade to prepare for a five week re-enactment of the first major dinosaur hunting expedition, setting off from Red Deer to Dinosaur Provincial Park on a flat-bottomed boat.
Darren Tanke, one of many volunteers, has built a replica of Barnum Brown’s, one of the leading palaeontologists of the era, flat-decked scow, and launched on Tuesday, June 29.
“In the course of my laboratory and fieldwork at the Royal Tyrrell Museum,” says Tanke, “I became interested in the paleontological heritage of our province, particularly the people who worked here long ago. I think the best way to truly understand what our paleontological forefathers went through is to try and live, as closely as possible, the way they did on their early fossil hunting expeditions. I thought it would be a great opportunity to try this on my summer vacation.”
Tanke has scoured archives for details about Barnum’s trip and the scows design, and is preparing to relive what it felt like to travel to the plentiful bonebeds of the Drumheller region and the rest in the badlands of Alberta.
“It’s been many years since an expedition has systematically explored this section of the Red Deer,” says Tanke. “With erosion rates of about 1 centimetre per year, there’s a good possibility we’ll discover new and important specimens and bone beds.”
Great care has been taken in designing the scow and equipping it with period tools that Tanke found in antique stores during the past eight years. Equipment includes a wood burning stove, upright ice chest, antique furniture and many other period replicas or restored antiques. The scow will essentially be a floating museum, taking one back to the early 20th Century.
The five week voyage will end at Dinosaur Provincial park on August 7 where a public celebration will be held. 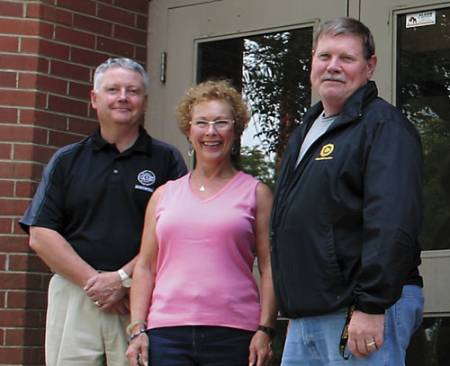 To be continued next week...