Tweet
Scorched earth in central Alberta has many farmers and ranchers wishing for rain, and for some it may be too late.

On June 16, the County of Camrose declared a local state of agricultural disaster due to drought conditions. Last week the Stettler County followed suit. Paint Earth has also declared a disaster. These gestures are to prompt action to be taken to help producers and growers from the federal and provincial governments.
“The County of Stettler No. 6 held a special meeting on June 24, 2009 to declare the entire county a local state of agricultural disaster,” stated a press release from Stettler County.
“County council recognizes and understands that although this declaration is not applicable under the Emergency Management Act, it is their intent to raise awareness of this serious situation among the agricultural community.  With this declaration, County of Stettler No. 6 encourages federal and provincial governments to proceed with similar actions for this area in order to begin providing for disaster services to the agricultural community.”
While Starland County hasn’t taken such measures, agriculture fieldman Al Hampton says showers in early June helped a few areas, but there are parts of the county where the dry conditions are taking its toll.
“Any rain always does some good. Some of the areas were a little more blessed than others, but everybody got something. Most of the county received between half an inch to an inch and a half,” said Hampton. “On grass, we could have used a couple inches.”
Dry grasslands seem to be where the most damage is taking its toll, particularly to the beef industry.
“The area that is really in tough is the cattle producers. It has been a cold dry spring, and the prospects for hay are limited and the pasture situation is pretty scant,” he said.
Some are buying feed, some are moving their herds. Some are selling their cattle.
He says they are monitoring the situation in the county, but says it is too early to write off the season.
“In Starland, in the north east part of the county, they are in tough,” he said. “It is pretty hard to declare a drought disaster in June. In two or three weeks it could very well be there.”
He says there is no question the county will need more rain in a timely manner. It may also need an extended growing season.
“We're going to have to have a pretty lengthy fall because this crop is late, even though it was seeded early. It is an unusual season, something not too many guys have had to experience,” he said.
Ag. Fieldman for Kneehill County Bruce Sommerville said it has been a slow growing season.
“Everything is two to three weeks behind,” he said.
Sommerville says the northern reaches of the county are the hardest hit.
“We are in worse shape north of Three Hills to our county boundary,” he said. "The Trochu-Winbourne area has had a lot less rain.”
“Even where we did get rain it is better, but it did come way too late,” he said. “The growing season will be over by about the 15th of July.”
Again in Kneehill he says the cattle industry is most impacted. Some crops may pull through.
“With the crops, if we don’t get an early frost we may get something,” he said. 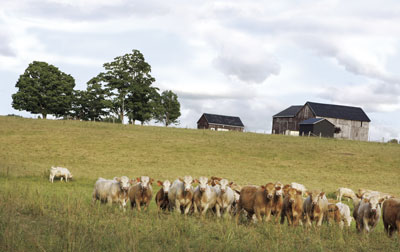