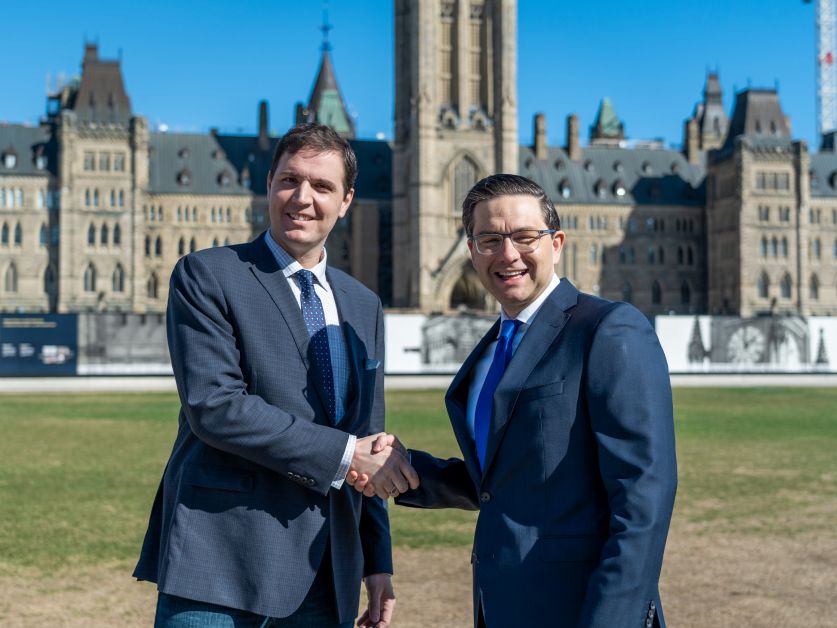 The leadership of the Conservative Party of Canada is coming to a vote on September 10, with five candidates in the running.
MP for Battle River-Crowfoot, Damien Kurek, tells the Mail he is hanging his hat with Pierre Poilievre.
“After looking at all the candidates and speaking with many of them I decided to endorse Pierre Poilievere. He is the right choice and I believe he has what it takes to do two things. One, present a strong plan to Canadians, and get that plan out there as much as possible and make sure it is a unifying message that Canadians can rally behind, and two; I truly believe he can defeat Justin Trudeau,” said Kurek.
“Every day I hear how frustrated my constituents are with the status of the current government in Ottawa. So the ability to win an election is important, and I think Pierre can be the leader Canada needs, and also defeat the Trudeau Liberals.”
Kurek has worked with Poilievre and says he is consistent.
“He is hard working and his message never changes. What he says in private is what he says in public,” he said. “His most recent role of shadow minister of finance, he’s incredibly hard-working. He is also very thoughtful. Often that doesn’t come across in the heat of a debate, but I have found him to be very intellectually engaging.”
He says this type of campaign engages voters.
“Every opportunity that political parties have to make sure they are connecting with members of that party is a good chance for engagement, whether it be MPs or local electoral districts, or people involved in the process,” he said. “Over the last number of months, we have seen that process in the leadership race. I have heard from thousands of people in Battle River-Crowfoot, and I am speaking with colleagues and conservatives across Canada that are doing the same. We have six candidates that are planning to be on that final ballot.”
Along with Poilievre, in the running are Scott Aitchison, Roman Barber, Jean Charest, and Leslyn Lewis.
“Whoever is elected leader come September 10, that Conservatives show Canadians that we are prepared to lead our country, repair some of that institutional trust that has been broken, get our economy back on track and a whole host of issues I hear from constituents on a case by case basis that they are concerned about the direction of our country.”
He says the conversation has expanded outside of staunchly conservative circles and more than 600,000 memberships have been sold.
“People want to be engaged in the process,” he said. “There is an excitement out there. People are talking about it, and not just traditional conservatives.”