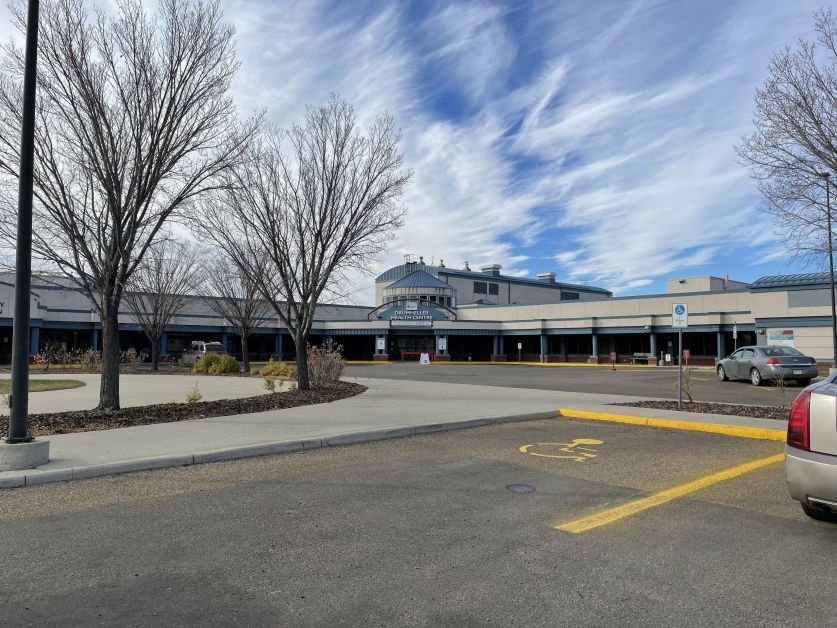 Some general surgery patients from the Red Deer Regional Health Centre (RDRHC) could see their surgeries diverted to other hospitals, including the Drumheller Health Centre, in a temporary diversion.
Surgery diversions began as of Friday, April 29 and, as of 8 a.m. Monday, May 2, a total of seven general surgery patients were diverted to sites outside the Central Zone in Edmonton or Calgary; at this time, no diverted patients have been seen at the Drumheller Health Centre.
“Scheduled procedures in Drumheller will not be impacted, and emergent cases continue to be booked based on clinical priority with the most urgent needs seen first,” a statement from Alberta Health Services (AHS) says.
These diversions have been implemented “due to several factors,” according to the statement, among them a “shortage of clinical assistants” to help support general surgeries in RDRHC.
So far these diversions have only impacted the general surgery program, which includes procedures from appendectomies (appendix surgeries), bowel restrictions, laparotomies to examine abdominal organs, and gallbladder removal.
“Depending on their condition, patients will be diverted to other surgical sites within the Central Zone-including Camrose, Rocky Mountain House, and Drumheller-or to facilities in Edmonton and Calgary,” the spokesperson told the Mail.
While AHS recognizes surgical patients facing diversion to other facilities may experience some stress and anxiety, the spokesperson adds all other efforts to avoid diverting these patients have been exhausted. Medical teams from multiple facilities are working to create a smooth transition in care for these affected patients.
“Between November 1 (2021) and April 30 (2022), approximately 104 hires have been made at the site (RDRHC), in the priority areas of OR (Operating Room), ED (Emergency Department), and ICU,” the spokesperson said.
The facility continues its recruitment efforts for three General Surgery Clinical Assistants, along with three Clinical Assistant positions for Anesthesia to help alleviate pressures on the general surgery program at RDRHC.
Other recruitment efforts also include four Operating Room nurse positions, and physicians for its Emergency Department, General Internal Medicine, and Cardiology departments.