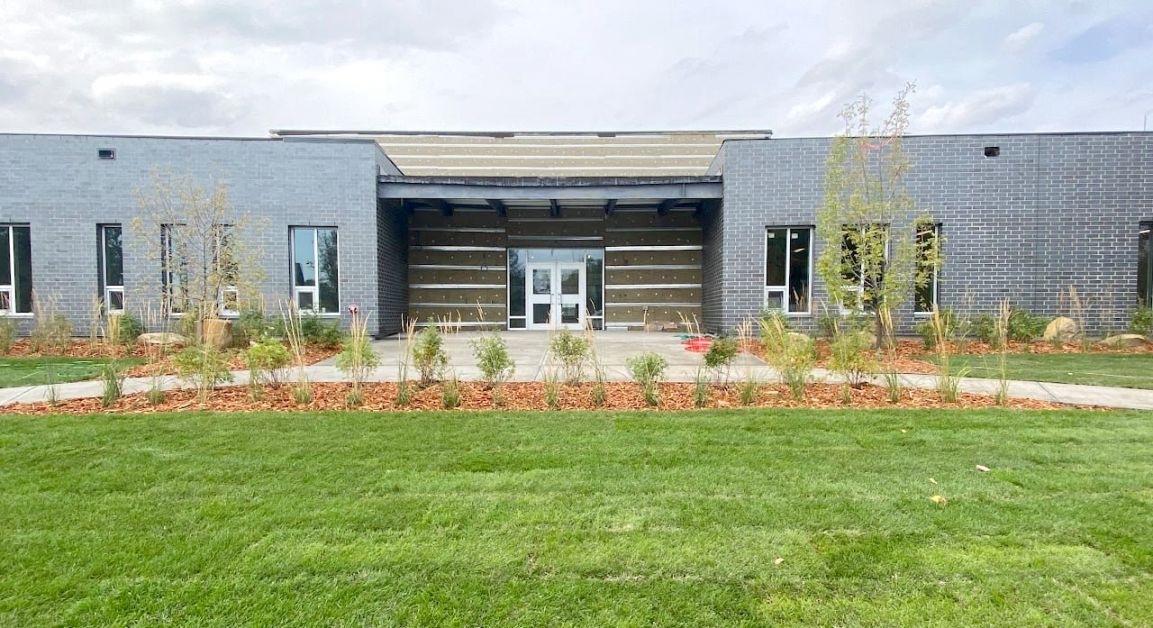 It is an exciting week for students of Delia School, and indeed the entire community of Delia, as classes have begun at its new school.
Principal of Delia School Ryan Duckworth tells the Mail on Friday, he handed the keys to the school to teachers to move in. Classes were cancelled on Monday, October 18, as they prepared for a new era at Delia School. There is no one more excited than Duckworth.
“It’s absolutely amazing. I would even venture to say it is the nicest rural school in the province,” said Duckworth.
Delia School ceremonially broke ground in September 2020, and progress has been rapid. They were expecting to be finished building in the spring of next year, but they were five months ahead of schedule.
“We had a really good construction company, the contractor Shunda just really had some strong guys working for them. The site supervisor was Brian Antonsen, and he was an integral part of keeping everything flowing here, and Art Willard in Red Deer was doing a lot of stuff behind the scenes. They built the school in 13 months,” said Duckworth.
He says the partnership with the community has been amazing with the Delia School Enhancement Society raising $1.2 million to support the project and make the school serve as a community hub. Their funding contributed to making the gymnasium and library larger, as well as the addition of a multi-room, with bleachers for the gymnasium and fitness equipment for all the staff, students, and community to use.
Duckworth is in a unique position of being the principal of a brand new school.
“For me, it is a career highlight, a dream. I never thought I’d be a part of anything like this. I was transferred from Berry Creek School in Cessford and asked to be a part of this, and I am really thankful to (superintendents) Cam McKeage and Steven Nielsen for bringing me aboard because I got to be a part of a lot of decision making right from the start.”
The new school allows Delia to look at more value-added programming.
“We are really looking at building more programs. We are also looking at what could be a School of Excellence for Delia School. Altario has the agricultural program where they have built a small farm, Consort has a baseball academy, and Hanna is going with an innovations program,” he said. “We are looking at some possibilities for Delia may be some sports centred programs, possibly volleyball, and we are also looking at theatre and the arts as a real possibility with the amount of community support and professionalism with our community.”
While they are stepping into a new era, he says they will remember the history of Delia School.
“There is something to be said for the old school because there is a lot of history there. It has been around for 60 years and built on over five times, one of our teachers has worked her whole career there,” he said. “We are going to take a picture of the bulldog from the old gymnasium floor and frame it and put it up in the school.”