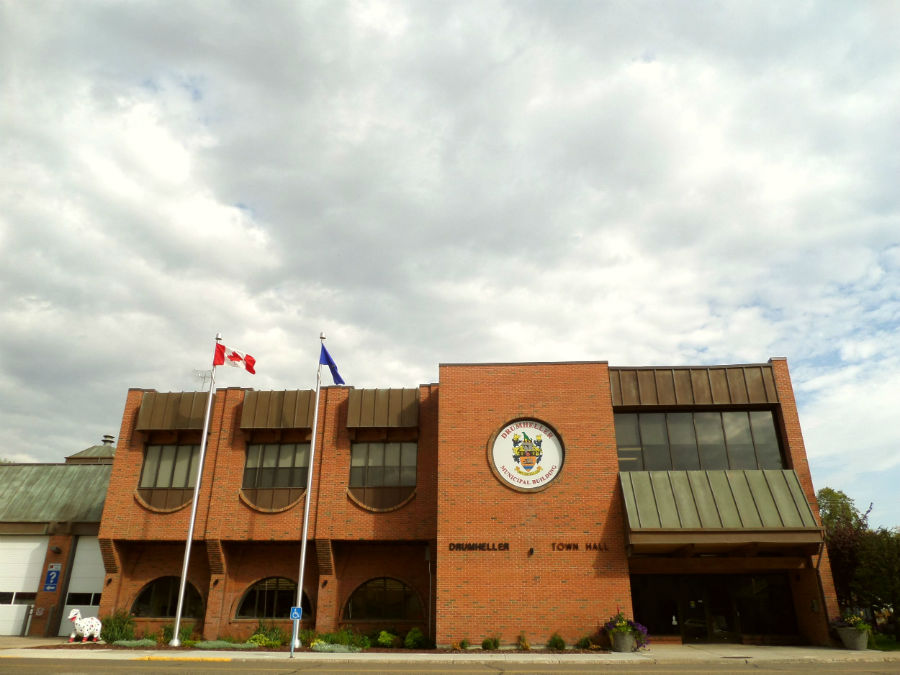 Former Mayor Terry Yemen has penned a letter to the Minister of Municipal Affairs concerned about the Town of Drumheller’s new Municipal Development Plan (MDP).
The Town passed its new MDP and Land use Bylaws (LUB) at its Council Meeting on December 7, 2020.
Council followed proper procedure by passing first reading on September 14. This was followed by community engagement efforts.
A Public Hearing was held on October 26, and on November 23, they passed second reading.
On December 7, the day the bylaw was passed, they heard a presentation from O2 Planning and Design which presented some proposed amendments to the bylaw after hearing feedback from the public and stakeholders. One was amended to update the design flow rate from 1,640 cubic Metres per second (cm/s) to 1,850 cm/s.
“We updated the design flow rate to 1850 cm/s from 1,640 cm/s without a substantial impact on any of the rest of the flood related policy-just to make sure we had our numbers in line,” said Matt Knapik of O2 Design at the meeting.
This means development in the flood fringe area will have to make sure the development is above the 1,850 cm/s water level, plus freeboard.
Yemen, who served as mayor from 2010 until 2017, feels this was such a substantial change, it ought to have had further consideration.
He wrote a letter to Minister of Municipal Affairs the Honourable Ric McIver expressing this.
“No explanation was provided from O2 Planning & Design on the implications of the change in the flow rates from 1,640 cm/s to 1,850 cm/s,” states Yemen’s correspondence.
Council passed third reading.
“If an individual was not following the complete process to adoption, one would not be aware of the amendment and the implication there is now a substantial increase of the number of houses in the floodway/flood fringe area,” reads his letter.
“Further to this, the impact on infill development is substantial for those residents living in the flood fringe area. Residents will now have to build to the elevation of 1,850 cm/s which has significant costs associated with the development.”
Drumheller CAO Darryl Drohomerski has learned of the letter, and says the town followed proper procedure in passing the bylaw. He explains when they started the draft of the bylaw the province had not yet completed its flood study.
In November the province indicated 1,850 cm/s as a regulated flowrate, and the town updated the draft to reflect.
“When we had first reading of the bylaw and our initial open houses, we went off the best information we had at the time because the province had not finished their flood study,” said Drohomerski
With the completion of the flood mitigation project, homes will be better protected.
“What they have done is a great thing for Drumheller, they are now considering anything that is behind the berm, provided the berm is built to the elevations, is now in the protective zone. That means if you are in Newcastle for example and the berm is built to the right elevation, you should be given the same consideration of protection as if you lived in Bankview,” said Drohomerski.
Yemen notes he understands council has a right to make amendments at the third reading, but feels this was too large of an amendment not to be considered more.
“The residents did not have the opportunity to voice their concerns on the MDP and LUB based on the new flow rate of 1,850 cm/s.”