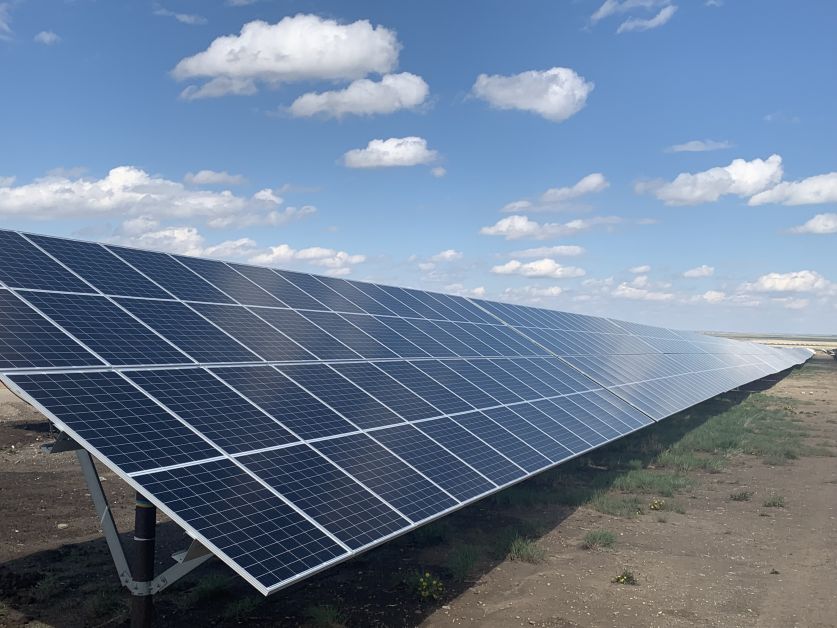 Two local solar projects formerly owned by Samsung Renewables, in Kneehill County and near Michichi, were recently purchased by Toronto-based independent power producer Capstone Infrastructure. Capstone owns and operates 29 facilities across Canada, including a biomass facility in Whitecourt, and Canada’s largest solar facility in Claresholm.
Representatives from Capstone provided Kneehill County council members an update on the Kneehill Solar Project during the regular council meeting on Tuesday, May 25.
“Acquiring the Kneehill and Michichi Solar projects earlier this year represented an excellent opportunity for Capstone to further our strategy of delivering renewable energy to Alberta,” Capstone CEO David Eva told the Mail. “Our 132 MegaWatt Claresholm Solar Project in Willow Creek was nearing commercial operation, and these projects allow us to build on that success and expand our growing wind and solar portfolio in the province.”
The Kneehill Solar Project, located in Kneehill County north of Three Hills, and the Michichi Solar Project, located in Starland County north of Drumheller, were acquired by Capstone in March 2021.
Capstone is currently in the process of reaching out to landowners in the areas of both solar projects regarding development in the area.
Construction of the two facilities will bring new employment opportunities to the area, though council voiced concerns over long-term employment benefits to the local communities during the presentation. During the construction phase, Capstone anticipates peak employment of “around 150 workers” for both the Kneehill and Michichi projects.
“Capstone currently has several projects in development in Alberta in addition to Claresholm Solar that will require ongoing management, operations, and maintenance, so the local team is still to be determined,” stated corporate communications manager Megan Hunter, adding Capstone expects employment opportunities to continue growing within the province.
Although development on the two projects is still in the early stages, with detailed engineering and equipment selection, Capstone anticipates tenders for construction could be forthcoming this summer at the earliest.
During the meeting, development consultant Lucas Reindler noted the two projects will provide “substantial” tax benefits to the county, which may help alleviate revenue losses due to changes made by the provincial government to oil and gas property assessments and taxation.
Council also addressed concerns returning the land for the Kneehill project back to viable crop at the end of project life.
Reindler noted he understands these concerns over loss of farm land, adding “it’s in the public interest for renewable energy.”
“Generally speaking, our lease agreements have an obligation to remove infrastructure at the end of life of the project, down to a metre, basically making sure you’re below the organic live layer of soil so you can continue with prior agriculture,” Kausel stated during the meeting. She notes a pre-construction survey would be completed along with the geotechnical surveys, to assess soil and vegetation in the area.