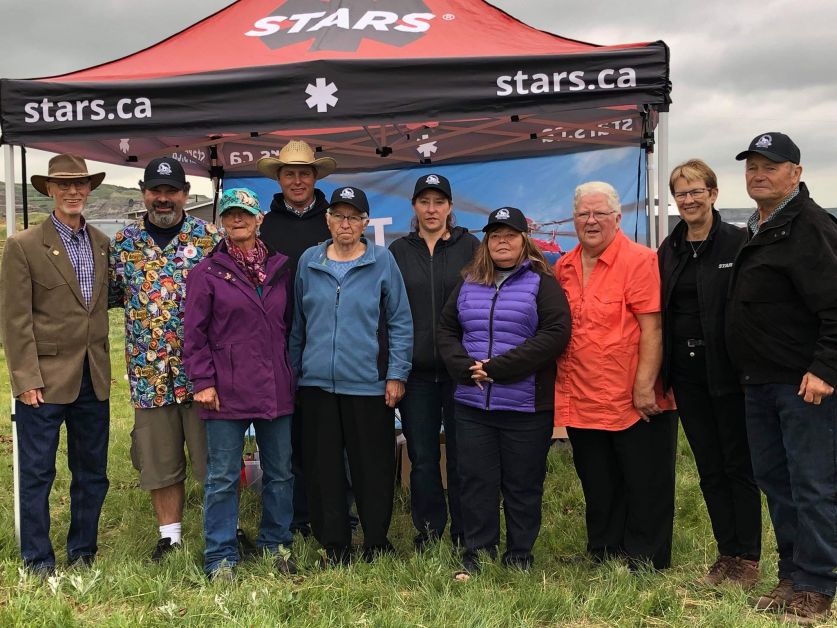 The Rumsey Ride has taken the lessons of last year dealing with COVID and is looking forward to their second virtual event.
The Rumsey Ride has been a mainstay and the longest-running fundraiser for STARS Air Ambulance. That was threatened last year by COVID-19, but the organizers adapted and had a successful event, raising about $31,000.
One of the organizers, Rob Richmond, says they are getting back on the horses again this year.
“We’re basically going to do exactly what we did last year, because simply put, the way things are, we didn’t want to plan for a bunch of stuff and then turn around and have to cancel,” he said. “We had such huge success last year with the way we did things, and if there was any positive, it’s if we had to do this again, we had the basics built.”
This means it is “Your Ride for STARS.” Participants can pick up pledge forms and blaze their own trail.
“If people want to do their own ride, or with their family or small group, they can collect pledges, pick their trail, and do their ride,” said Richmond.
Of course, there will be a few more fundraisers along the way for residents to support. The Richmond family Raffle for a Quilt was launched on Mother’s Day, and all the prizes are in place. They are also bringing back the online auction.
“We were surprised with the success of the online auction, so we will be running that from August 1 - 6,” he said.
They are grateful for the support of local families and businesses that continue to be generous in supporting the ride.
“We were very surprised by the support and generosity we had last year,” he said.
Last year one highlight of the 31st Rumsey Ride was Rob’s Walk to the Bar, where he trekked on foot from Big Valley to the Bar TL Ranch. He’s back again this year.
“I am going to be walking again. I’m calling it ”Rob’s Walk 2 for 32,” and on August 7, I am walking from the TL Bar Ranch to Rowley, and curl back to Rumsey,” he said.
He is inviting others to walk with him, whether it be a kilometre or two, or they can collect pledges and take on the entire trek.
“We have the building blocks in place, and now we have to get ramped up,” he said.