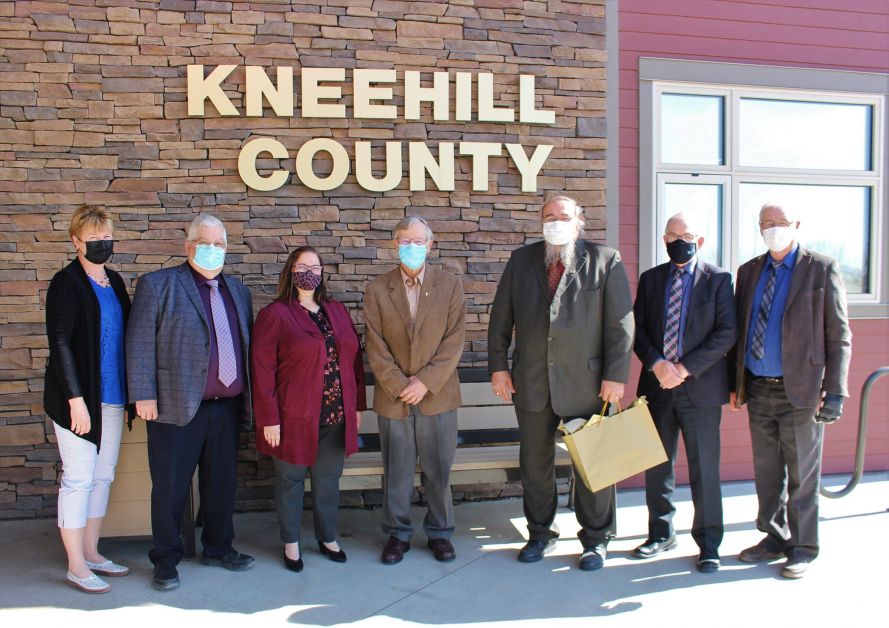 The Alberta Agriculture Hall of Fame, which was created in 1951, recognizes individuals who have demonstrated leadership and had a significant impact on the agriculture and food industry over many years, and a local Kneehill County resident was one of three inductees for 2020.

David Price, co-founder and former President and Director of Sunterra Group of Companies, has made contributions to the farming and agriculture industry for more than 50 years through his innovations in swine genetics, production, processing and marketing.

“You’ve had some very subtle, indirect impacts in my community, and a lot of people have referred to the Price family and yourself when they look at agri-business and changing how they do things on the farm,” Deputy Reeve Faye McGhee said during the meeting. “Though I’ve never met you personally, you’ve impacted our farm and our community’s work by just the example you’ve set, and I want to thank you for having that to be looking towards.”

Mr. Price grew up near the Village of Acme as part of a mixed-farming family.

He spent a year in England working with Pig Improvement Company, a new pig breeding concept. Using his experience in England, Mr. Price-along with his parents and some close friends-launched Pig Improvement Canada upon returning to Canada and built a successful swine production company which focused on providing exceptional quality meat.

Mr. Price’s continued advances in genetics, such as cross breeding, as well as nutrition and meat science analysis has had continued contributions to the agricultural and swine production industries.

Mr. Price remains an active member of his community, and established a not-for-profit organization, Greg’s Wings Project, in honour of his late son which works to make health care safe, patient-centered, and collaborative.

Stan Price, David’s father, was previously inducted into the Alberta Agriculture Hall of Fame in 2002 for his own contributions to the agriculture industry.