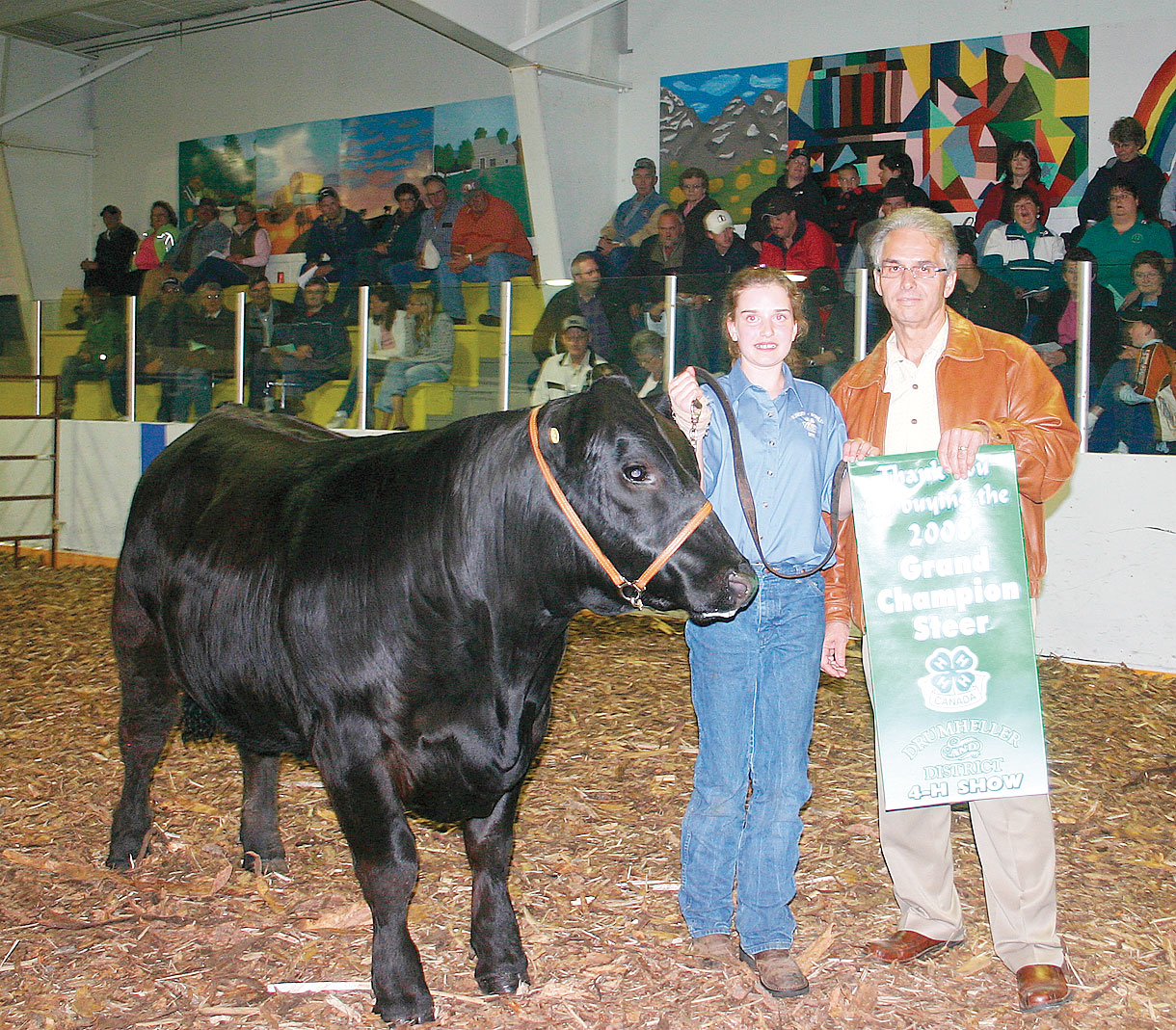 Both the Grand Champion and Reserve Champion calves at the Drumheller and District 4-H Show and Sale reached $4.05 per pound last Monday.
The Annual 4-H Beef Show and Sale was held Monday, June 2 at the Delia Arena. The average price of all calves sold$1.80. There was a total of 42 calves sold between the three clubs that participated. Rumsey-Rowley had 22 calves sold, Hesketh-Orkney had eight, and Delia sold 12.
“The businesses in and around Drumheller always give us great support for the event,” said Rumsey-Rowley 4-H member Stephanie Richmond.
The confirmation judge was Bill Wilson, showmanship judge was Gwen Hampton and grooming judge was Krystal Stulberg. The judging competition judge was Russel Sevcik. All judges did a great job at the event.
Grand Champion of the show and Club Champion for Rumsey-Rowley, was Jorden Ferugson’s 1,273 pound steer which was purchased by Drumheller Chrysler for $4.05 per pound.
The Reserve Champion for the show and Club Reserve Champion for Rumsey-Rowley, was member Tiffany Richmond with her 1,208 pound steer, purchased by Western Chev Olds for $4.05 per pound as well. 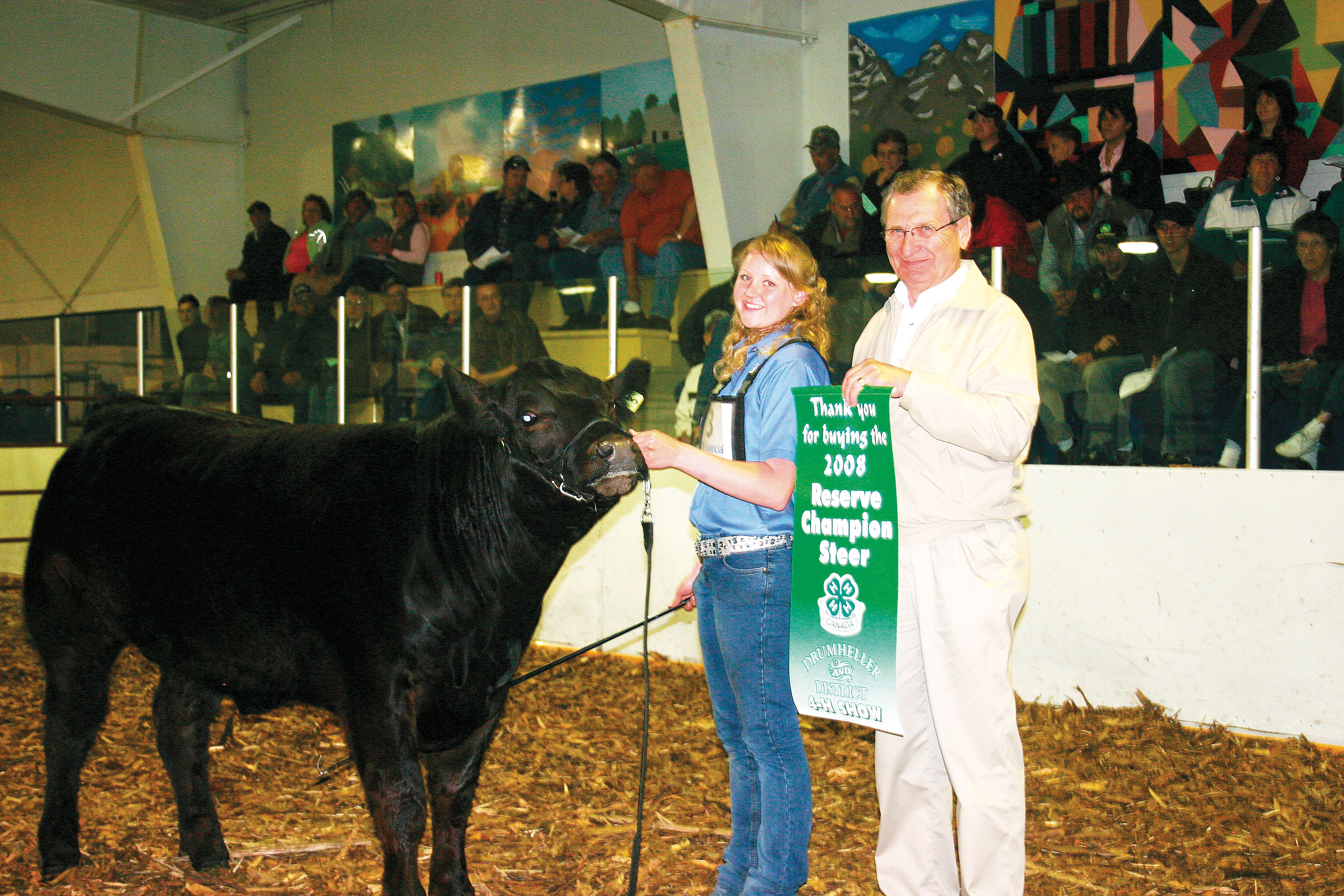 Senior Grooming and Senior Showman awards were both awarded to Justin Johnson and her 1,192 pound steer.

How to resolve AdBlock issue?
X
Best Rate of Gain was won by Garrett Holowath gaining an average of 3.66 pounds per day, and whose calf grew to an enormous 1,501 pounds.